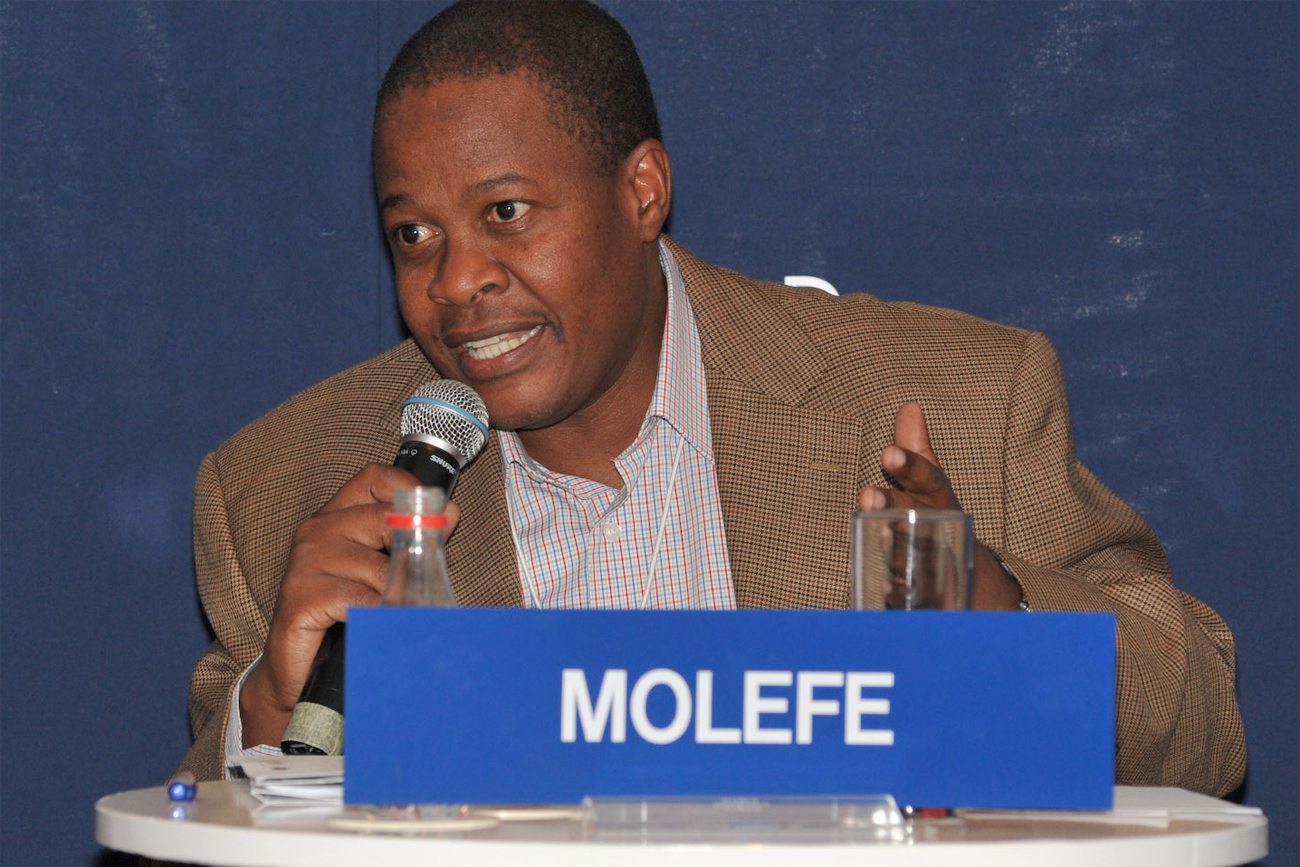 Years after the resources boom skipped South Africa, the biggest culprit in the country’s failure to capitalise on global demand for minerals has found some sense and grown some balls. Transnet will almost triple its investments and expand operations over the next seven years, its CEO Brian Molefe announced in Johannesburg on Wednesday. By GREG NICOLSON.

Having invested R118-billion in the last seven years, Transnet will now almost triple its capital expenditure to R300-billion. It’s part of the state-owned company’s strategy to capitalise on demand for increased rail, port and pipeline infrastructure.

“The main objective of the strategy is for Transnet to invest in building capacity to meet validated market demand that will enable economic growth,” said Molefe.

Transnet will spend R205-billion on expanding rail infrastructure and R95-billion on ports and pipelines, with R151-billion going to its general freight business, which carries Eskom’s coal as well as iron ore, manganese and bulk automotive deliveries.

The plan will make Transnet the world’s fifth-largest rail freight company and almost double the capacity of the country’s ports. The rail network’s carrying capacity will increase from 200-million tonnes to 350-million tonnes by 2019, and Transnet’s share of the freight-carrying market will jump from 79% to 92%.

The investment programme “is expected to create and sustain hundreds of thousands of direct and indirect jobs every year for the next seven years,” the company said on Tuesday. It puts the figure at 588,000, of which 15,000 will be employed by Transnet. The bulk of jobs will be created indirectly through suppliers.

South Africa’s mining sector has consistently been outperformed by its rivals and Transnet has been pinned as the main culprit. In 2011 a midterm budget speech explained the lack of growth being due to “logistical challenges, including operational inefficiencies in the rail system and high port charges.”

It said the value added in SA didn’t increase between 2001 and 2008 while in countries such as Chile it increased by 12%. South Africa’s mining investment increased 7% in the last decade compared with Australia, where it increased 24%.

“This is investment that could have come to South Africa. Transnet is losing out big time,” Christy Tawii, from research firm Frost & Sullivan, told the Mail & Guardian.

But Transnet’s new strategy is set to significantly boost the attractiveness of investing in the country. “The increase will have a major impact on the cost of doing business. Studies conducted by Transnet show that rail in South Africa is on average 75% cheaper than road transport,” the company said. “The large-scale shift from road to rail will address costs, congestion and reduce carbon emissions.” If all goes to plan, Transnet’s profits will treble.

To help fund the project the government, Transnet’s biggest shareholder, won’t take any dividends. The bulk of the funding will come from the company’s operating cash flow with the remaining 30% drawn from a mix of domestic bonds, bank loans and development institutions.

Doubts remain over whether Transnet has the capacity to implement its grand plan, but Molefe said it had improved services over the last year and would be able to build on its current supply. Speaking to Moneyweb, Stanlib economist Kevin Lings welcomed the announcement.

“The type of infrastructure that Transnet plans to develop is vital and long overdue in the South African context and has the potential to help expand exports as well as improve the efficiency of domestic business activity. Hopefully, the expansion by Transnet will become a trigger that encourages the corporate sector to systematically enhance their own expansion plans, especially given their strong balance sheet, providing a vital and sustainable boost to growth and employment.”

On Tuesday Molefe also announced Transnet had finally concluded its R1.8-billion deal with the Airports Company South Africa to buy the old Durban International Airport (DIA) site, which it wants to turn into a port. “The biggest PSP [private sector participation] that will ever happen in this country is going to be on the DIA site,” he told Engineering News.

South Africa’s growth has long been hamstrung by the company’s inability to provide affordable and efficient freight services, while other countries have continued to attract generous mining investments throughout the economic slowdown in the West. Let’s hope Transnet gets this one right. DM Photo: Brian Molefe – will he get it right? WORLD ECONOMIC FORUM.