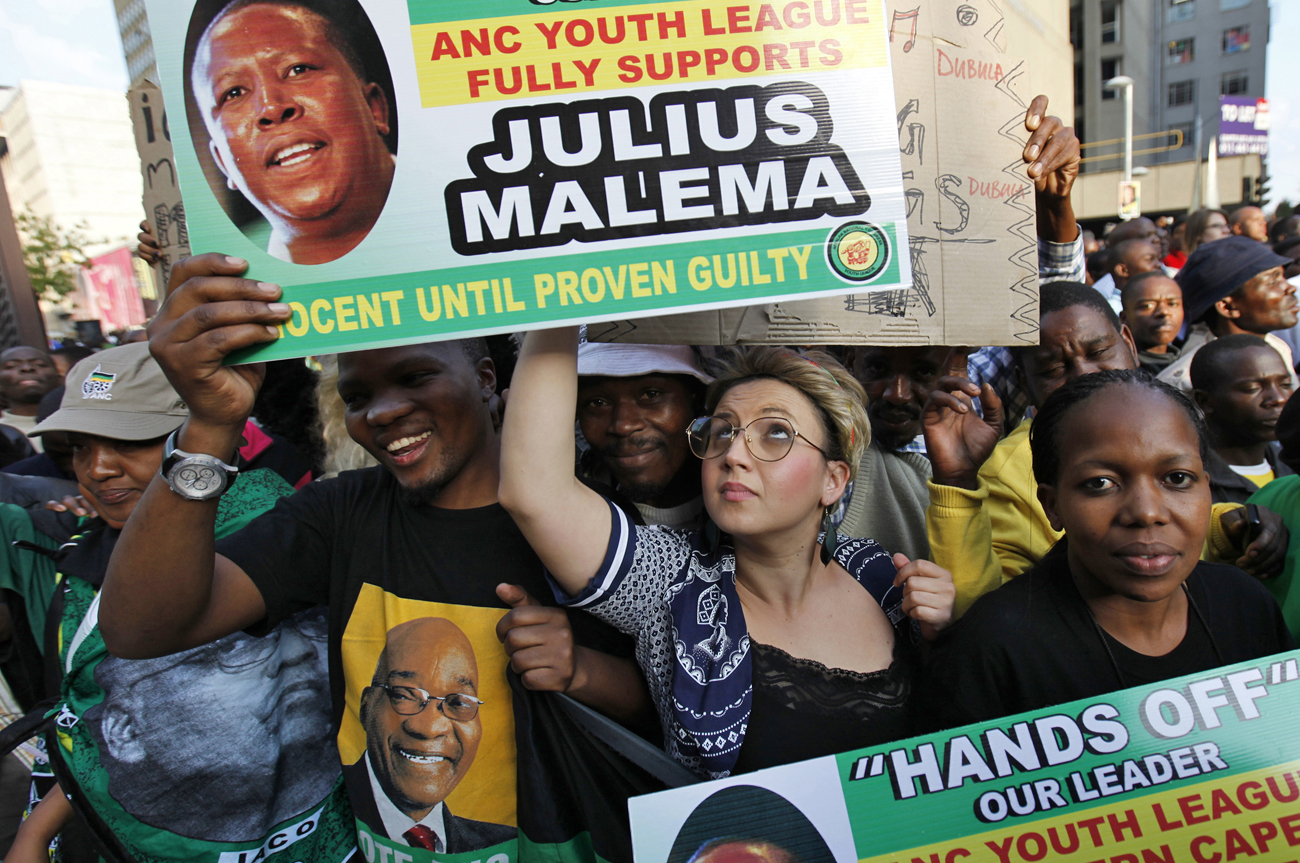 Anyone who’s played chess will know the agony of an opponent who takes too long to make a move. There’s a line between careful calculation and helpless procrastination. With the suspension of its president, Julius Malema, the ANC Youth League now needs to play to break the perception that it’s been completely outmaneuvered. Alex Eliseev reports.

Today marks a week since Julius Malema was summarily suspended from the ANC for calling President Jacob Zuma a dictator. It was a move that stripped Malema of all his power within the party and effectively gagged him.

Since then, the ANCYL has been – at least officially – without its leader, who is forbidden from attending or addressing any meeting.

In the past, the league had been quick to respond to each fresh controversy, vowing that its leaders will never be removed by any external forces.

But this time there has been nothing but silence, unless you count Tuesday’s wordy statement to mark the 19th anniversary of the murder of Chris Hani.

Malema’s suspension was followed by reports that a crisis meeting would take place late last week. It’s not clear whether this was ever the case, but rumours of a meeting this Monday were a lot more solid.

The meeting was important because it would reveal how the ANCYL was planning to deal with the new suspension. Would it allow Malema to step aside or would it emerge from behind the wall defiant, with guns blazing? The question was also whether Malema would attend the meeting.

Monday dragged on with no news. Grandmaster Gary Kasparov once described chess as “mental torture”, and that’s exactly what the day felt like for journalists trying to confirm simple facts, like did the meeting even happen?

In the end it turned out that the league had failed to meet and to discuss the way forward. Reports suggested this was because its leaders were too divided and couldn’t agree on how to proceed along a chessboard that was now booby-trapped with political dynamite.

The ANCYL’s public relations strategy seemed to be not to answer calls or to deny the existence of the meeting, as Floyd Shivambu did in his usual manner.

“What meeting are you talking about? I don’t know anything about any meeting,” he told The Star.

But that didn’t stop the speculation. The game is too close to the end and the pressure on the ANCYL to define its next step is too great.

Weekend headlines already raised the possibility that Malema was facing a “palace revolt”. With a wounded king, the article suggested, the wrangling had begun for a successor to the throne.

Yesterday, the questions grew louder with headlines suggesting that Malema’s support may be dwindling. Political analysts spoke of the league being cautious about testing Zuma’s patience, and of the disagreements going on inside as to whether Malema had gone too far. They pondered if the league had realised that, should Malema be expelled, and should he take the ANC to court, he would be out on his own and completely outside the grid.

And, as Zuma reminded us on Sunday, that’s a cold and “unkind” place to be.

“Even the people who used to greet you in the streets will not recognise you once you are outside the ANC,” he reportedly said.

Of course, the ANCYL could be waiting for the outcome of tomorrow’s hearing into Malema’s appeal against his expulsion. What happens there could change the dynamics. Malema’s next legal step could also hinge on this, with him expected to approach the appeals committee to have his latest suspension lifted.

He’s already written to the National Disciplinary Committee to ask it to remove what he believes is an “apartheid-era banning order”. To this he received a reply from Derek Hanekom, which boiled down to “No”.The suspension cannot be appealed and so the only thing left after all that would be a fight in the courts. There are mixed messages from Malema and the league about whether this will happen or not.

The point is, instead of clarifying all this speculation, the ANCYL yesterday put out a statement about the assassination of Chris Hani.

“Comrade Chris led from the front and was never afraid of the enemy,” it read, and then went on to describe a young man who fearlessly voiced his beliefs and was moulded into the leader that he became before being killed.

The comparisons being drawn are clear and the league has every right to mark the occasion. But surely South Africans were more eager to hear about what the ANCYL plans to do about Malema and how it hopes to surface from the chaos it’s been cast into.

So to turn back to the chessboard for a last time, the ANCYL finds itself in check, which it cannot slip out of without sacrificing a piece. There is, quite simply, no clean escape. By holding a meeting that includes Malema, it risks the wrath of the ANC. By holding one without him, it risks going back on its promise to protect its leaders. And by remaining silent, it risks increasing speculation about its chaos and division within. DM Photo: Supporters of African National Congress Youth League (ANCYL) President Julius Malema hold placards during his appearance for a hate speech trial at the Johannesburg court on 20 April 2011. Malema is being charged for singing an old anti-apartheid song, “Kill the Boer”. AfriForum, a civil rights initiative, is claiming that the song is polarizing and dividing South Africa along racial lines and contributes to the continuing killing of white farmers by mainly black assailants. REUTERS/Siphiwe Sibeko.