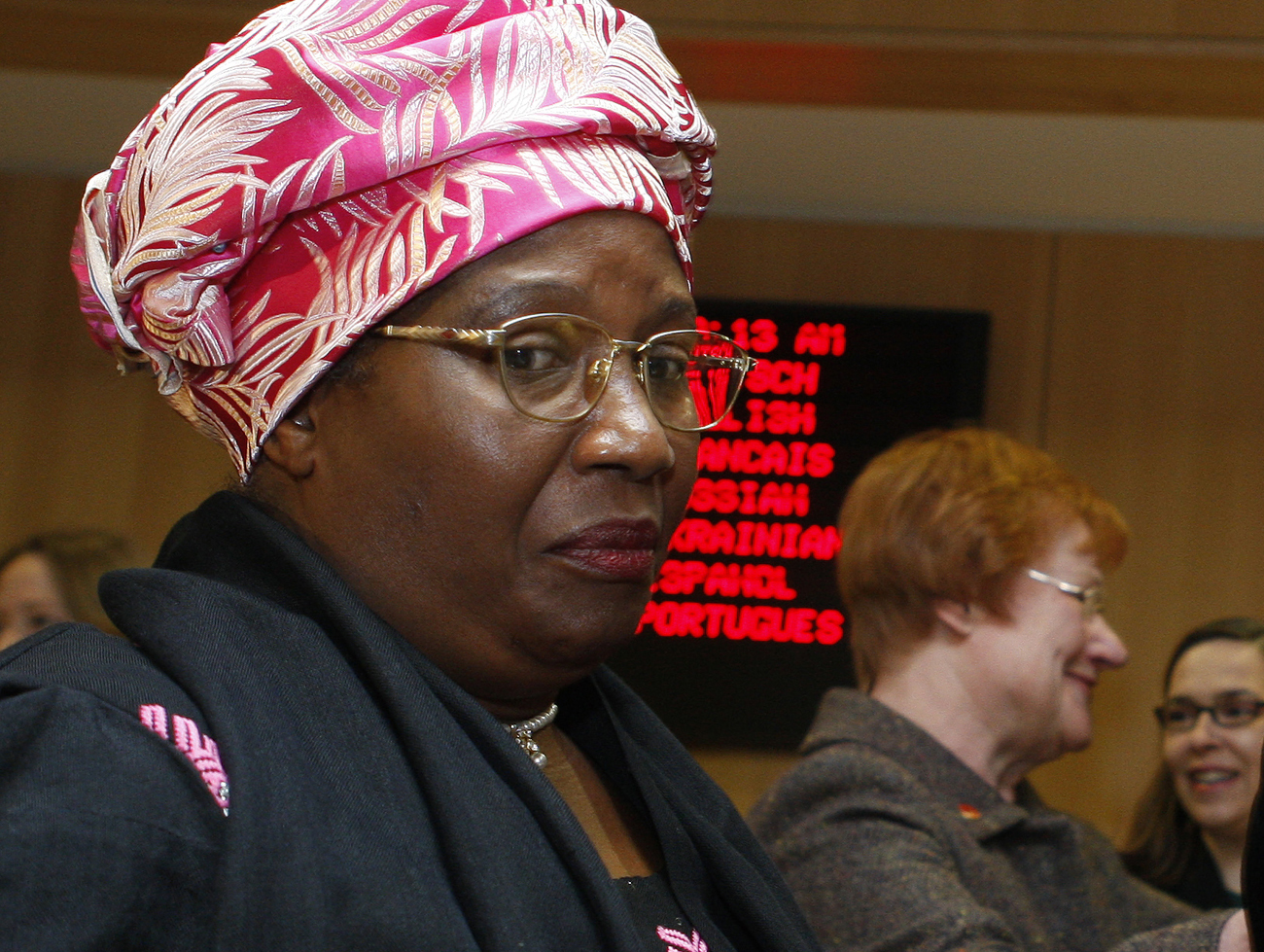 When the Malawian government dithered in announcing President Bingu wa Mutharika's death on Thursday, anxious citizens feared the worst. A struggle for power would plunge Malawi even further into turmoil. But now as Joyce Banda assumes Mutharika’s mantle – and with it the country’s woes – she is also tasked with managing the expectations of Malawians. By KHADIJA PATEL.

Malawi is one of the world’s poorest nations. A staggering 90% of the population subsist on less than two dollars a day. Life expectancy is low, infant mortality is high and work has grown increasingly scarce.

Unperturbed by the harsh reality meted out in statistics, Malawi is still billed as The Warm Heart of Africa, and it hasn’t been all doom and gloom. The country registered rapid growth between 2004 and 2010. As the economy grew at an average of 7%, outstripping previous performance, optimism grew.

But the fruits of such growth were not immediately accessible.

Last July, violence erupted across Malawi as thousands of disgruntled Malawians marched in the three regional capitals – Mzuzu, Lilongwe and Blantyre – protesting against fuel shortages, taxes and political oppression. State security personnel were deployed to restore order and, in the ensuing clashes, 19 civilians lost their lives.

Mayfair is Johannesburg’s melting pot of migrant workers, refugees and the vestiges of an Indian area. Here, the sizeable Malawian community insist that the last two years have seen a rapid increase in the number of Malawians crossing into Mozambique, Zimbabwe and finally, South Africa, in search of jobs.

Akibuh Rajabu Ahmedullah is the self-appointed spokesperson for a group of Malawian men in Mayfair. He insists that even successful Malawian businessmen have arrived in Johannesburg, taking up menial jobs to feed their families back home. “We ask them: ‘What are you doing here?’ And they tell us things in Malawi have become very bad.”

Ahmedullah is 28 years old. Dressed in jeans and a white shirt, he looks better suited to the pavement cafes in the suburbs than the life of a lowly driver in Midrand. He hails from Mangochi and arrived in Johannesburg seven years ago. He earns R2,000, two-thirds of which are used for living expenses, while the remainder is sent back to Malawi. “When we speak to the people at home, they are crying. Prices keep going up. They are missing so many things,” he says.

The group of men huddled around him chorus their agreement in Chichewa. For all of them, it is a failure of the education system that has sent them scurrying beyond their homes in search of work. Even though public education in Malawi has grown, it still fails to meet Malawi’s educational needs for a well-trained labour force. As they sit huddled together, factory workers, domestic workers and drivers in Johannesburg, far away from home, theirs is a story not unique to Malawi.

Like the hordes of jobless youth in South Africa and across the Middle East, they are inadequately educated and let down by economies that do not offer the jobs to match their abilities or aspirations. They are a generation caught in limbo, with all the demands of adulthood but none of its means. “I finished school and then I was just sitting at home. There were no jobs for me. What could I do?” Ahmedullah asks. “I came to South Africa to work for me and for my family.”

Malawi has slid into economic crisis over the past year as Mutharika, a professorial but temperamental former World Bank economist, squabbled with major Western donors, who then froze millions of dollars of assistance that had traditionally bankrolled about 40% of the country’s budget.

Ahmedullah fervently believes Mutharika did a disservice to the Malawian people. Far from the politics of aid and the demands of the donor community, to those acutely affected by Malawi’s economic woes it is a failure of leadership that has seen Malawi suffer problems like a severe shortage of sugar.

Ali Hussein, a 28-year-old domestic worker from Lilongwe currently living and working in Mayfair, blames Mutharika for stunting the growth of business in Malawi. “This is the problem why Malawi has gone down,” he says. “Business is important. I think if Malawi puts down custom duties, then Malawi will come right.” Ahmedullah agrees, “Maybe now things can come right but businesses have suffered. People who used to come to South Africa to buy things to sell in Malawi can’t come here anymore because there is no petrol, no money there.”

Between 2007 and 2009, aid contributed approximately a fifth of Malawi’s gross national income and on Monday finance minister Ken Lipenga told Reuters he expects suspended international aid to be restored under the country’s new president, Joyce Banda. Throughout 2010 the IMF pressured the administration to devalue the kwacha in order to encourage investment and trade, but the Malawian government ignored the advice. Lipenga now claims it was Mutharika who blocked plans to devalue the currency because he was worried the move would hurt the poor. Yet it is Mutharika’s bickering with donors that forced the poorest in the country into further suffering.

Steve Sharra, a Malawian blogger with Global Voices in Lilongwe, says many in Malawi believe the resumption of aid will remedy Malawi’s problems. And while aid may prove a magic wand, removing problems like fuel shortages, “What we have now learned is the extent to which the statehood of Malawi is vulnerable though its dependence on aid,” he said.

When the incumbent President Bingu wa Mutharika and his Democratic Progressive Party (DPP) won a landslide second term in the May 2009 elections he nominated Banda as vice-president. Though he would soon fall out with Banda, the constitution prevented him from unilaterally removing her from office. In December 2010 he expelled her  from the ruling party. Although the President’s office strenuously denied it, Banda’s expulsion was widely linked to her refusal to endorse Mutharika’s brother as the DPP’s next presidential candidate.

Mutharika explained his actions by effectively comparing Banda to the devil. “I am not the first to fire someone; it started in heaven. So before you start faulting me for being intolerant because I have sacked Joyce Banda from DPP, fault God for sacking Lucifer from heaven,” he said.

When 32-year-old domestic worker Saidi Whie first heard the news of Mutharika’s death, he compared him to Zimbabwean President Robert Mugabe. “He is like Mugabe,” he said. “It’s good he died.”

Sharra says there has been no unanimous reaction to Mutharika’s death. “People seem to be heaving a sigh of relief, given the events of the past year, but others feel conflicted. They believe it’s disrespectful to express relief on the death of someone.”

Joyce Banda is now emblematic of what Sharra terms, “divine intervention” into the state of Malawi. “She has a chance to starts afresh. She knows what went wrong. She knows the reality of political power in Malawi, but she also has a good reputation within the donor community,” Sharra says.

“We cannot put all our faith in her,” Ahmedullah says. “We will see afterward what she has done because even Bingu Mutharika – that time when he was president, he seemed like a good person, but then everything went upside down.” DM