Analysis: Will the ANC seriously consider party funding this year? 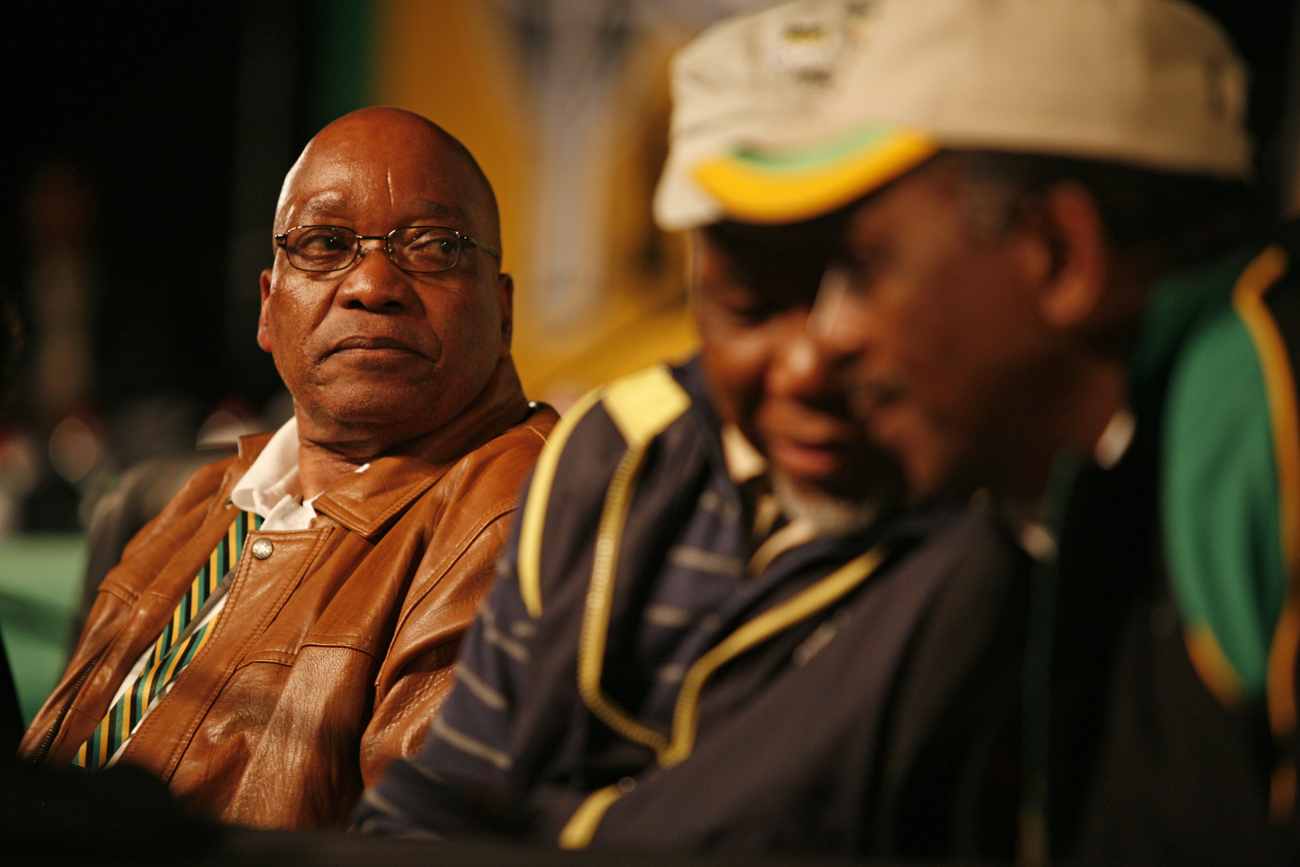 Regulating the private funding of political parties will once again be the elephant in the room at the ANC’s 2012 policy conference. Any legislative and regulatory changes on the issue, stalled since the 2007 Polokwane conference, will be determined by how the debate unfolds in June, if it unfolds at all. By OSIAME MOLEFE.

However, much like many of the other Polokwane resolutions, there has been little forward momentum on this issue, even though the newly elected ANC national executive committee was tasked with urgently developing guidelines and policies on public and private funding, including regulating political parties’ funding arms. That committee’s term now looks set to end in December 2012 without these guidelines and policies ever having been put in place.

In an interview with SAfm, Phosa repeated the ANC’s view that funding for political parties should come from a comprehensive system of public funding, coupled with regulated private funding. Currently, elected parties are funded from the public purse through the Represented Political Parties’ Fund, based on their representation in the national assembly or any of the provincial legislatures. The public funding system is highly regulated and requires political parties to account for their expenditure annually. Funding from private sources, including the funding arms of political parties, is wholly unregulated.

The ANC has long held that funding from public sources is insufficient to run election campaigns and cover the day-to-day costs required to run a political organisation. It has also maintained that closing down sources of private funding without compensating for them by upping public funding would be a threat to the democratic process, because it would inhibit political parties from fulfilling their functions. The party, however, has opposed the disclosure of sources of private funding, arguing that the issue needs to be dealt with comprehensively and should not be narrowed to an issue of disclosure.

Phosa’s remarks also highlight the conspicuous absence of the issue from the 2012 conference discussion documents, released at the beginning of March. The legislature and governance document, which says it builds on the Polokwane conference resolutions, does not discuss party funding at all. It could be that all that needs to be said on the issue has been said, even if the discussions have taken place everywhere else except in Parliament, where the ANC has scuppered attempts at having public representatives debate the issue.

But more probable is that it reflects the party’s internal wrangling on the issue. While the party is seemingly in agreement on the importance and need for regulation, vested interests keep the issue on the sidelines. In another discussion document leading up to the 2010 national general council, party funding was listed as one of five “objective factors” that has contributed to the ANC’s organisational decay since becoming the incumbent party in 1994. The document warns that the party may already be mired “in the trap of vested interests”, where those with money have more influence about the direction of the ANC than its membership. The document says the ANC needs to broaden its approach to private funding by also looking at how it affected the party’s internal democratic processes.

While the debates at the policy conference will be held within the confines of the ANC’s structures, its alliance partners, Cosatu, the SA Communist Party and SA National Civic Organisation, will also discuss them. Cosatu, arguably the tripartite alliance’s moral compass, has been critical about the danger the lack of regulation presents to the poor and the working class.

After President Jacob Zuma announced the R845-billion infrastructure build programme in his State of the Nation address this year, the trade union’s general secretary Zwelinzima Vavi cautioned that the programme could prove tempting for “hyenas” who are more interested in lining their own pockets than building infrastructure. Eskom’s nuclear energy programme, which by some estimates could balloon to R1-trillion, also has hyena ears pricked.

The ANC has, thorough its funding arm, Chancellor House, also controversially benefited from transactions with the state, most notably the Hitachi Power Africa deal to build the Medupi and Kusile power stations. This has led to much cynicism over why the party has dragged its heels over an issue it readily admits has created an existential threat to the principles it once fought for and the broader democratic process.

Should Vavi’s prediction come true and these funds be siphoned off by corruption, the consequences would be disastrous. The country could be left bankrupt and without the much-needed infrastructure.

Cosatu has since 2009, the end of what it called the Polokwane “alliance honeymoon”, made it clear that it would take the current NEC members to task over their failure to implement the 2007 Polokwane resolutions. The trade union federation could use this as a basis to determine support for individual members ahead of the ANC’s December 2012 electoral conference.

Should the funding of political parties issue arise at the June conference as Phosa said, it might raise more questions than answers, like whether funding based on representation in the national and provincial legislature, accompanied by tightening the screws on private funding, could further raise the barriers to entry for new political parties. The lack of funding, exacerbated by infighting and financial mismanagement, has been blamed for the ignoble implosion of Cope. Questions also still remain on whether the current system, by allocating funds based on the proportion of the vote received, serves to entrench the status quo.

The ANC, for example, received R58 million in 2009/10, whereas the Democratic Alliance received R15.3 million. While Cope received R8.9 million, it received no public funds in the run-up to the 2009 national election because it had no representation in either the national assembly or the provincial legislatures. Many private donors, particularly corporations, make donations to all represented political parties using similar proportional formulas.

Another question that might arise should the ANC put forward a comprehensive system of public funding will be how it in itself would be funded, given the other high-priced programmes the government has taken on despite a growing budget deficit. Joe Public, burdened by fuel prices, overpriced toll roads and rising food prices, might find the prospect of forking out more or incurring debt for democracy too unappetising a prospect. But as Phosa once mused on the issue of increasing public funding to political parties, “If the taxpayers pay peanuts, they get monkeys.” DM