Is Adapt Or Fly too old or is history just repeating it...

Is Adapt Or Fly too old or is history just repeating itself? 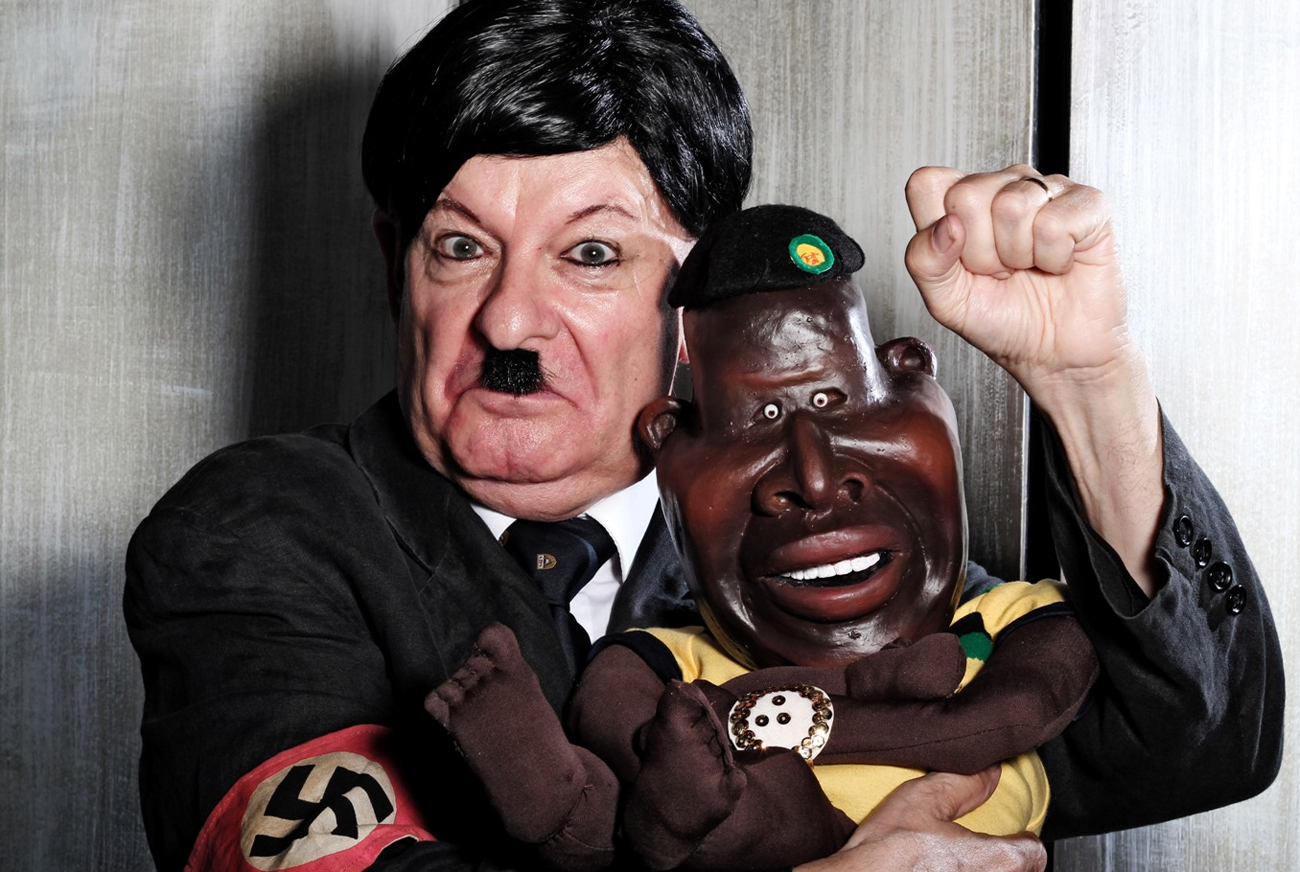 Perhaps you have to have lived through apartheid to fully appreciate a Pieter-Dirk Uys show. The latest production by this icon of South African theatre is Adapt Or Fly, and it is a dark material. By LESLEY STONES.

Uys is a national treasure and an influential voice who has satirised and scolded unjust politics for decades, so I feel a little traitorous for not wholly embracing his show. At one stage he tells us – quite correctly – that anyone under 40 is probably wondering what the hell is going on. You can broaden that to anyone who came to the country after the downfall of what was, and largely still is, his natural territory.

“It’s not a history class, I’m just telling you stories about the bad, the bold and the bastards,” he tells us. But really it is a history lesson, with the intention of ensuring we don’t repeat the tragedy. Uys portrays numerous characters from the past, starting with Hitler talking to Julius Malema as he draws chilling parallels with the potential direction of South Africa today. He clearly makes the point that racism could triumph again, reminding us, “Apartheid will never come back – (not) under the same name.”

Then he dons a variety of wigs and spectacles, and with a gesture and a change of expression from his pliable face he becomes a different man. His looks, mannerisms and voice are spot-on when he mimics the old apartheid leaders, or becomes the malicious Swanepoel, a jailor and torturer of political prisoners. It’s dark material, and while Uys is aiming for biting comedy, there’s a lot more bite and a lot less comedy. A few lines are absolute gems, there are many minor chuckles, but for long periods his characters are giving lengthy diatribes. I want his people to make their incisive, pithy and witty points then morph into someone else, but many outstay their welcome. Mrs Petersen, the Cape Flats Muslim, starts off well, but winds down into a rant rather than a smart raconteur.

Then he gives us Sandton kugel Nowell Fine returning from a school reunion held in Canada, letting Uys knock those who fled rather than stayed to try to help build the country.

Uys is a brilliant political and social satirist, but in Adapt or Fly he is not at his finest. Several sketches are dour and too long, and the format of walking us through history confirms that his forte is parodying people of the past. I’d love to see him adapt himself, to mimic more of the personalities shaping our history today.

That’s where his best and most loved character Evita Bezuidenhout comes in. She makes a welcome appearance at the end to give a “retrospective” and worrying look at how the country might evolve after the ANC’s Mangaung conference.

South Africa still needs his voice of dissent, his ability to highlight inequity, inept politicians and ill-advised policies with a biting wit that makes us laugh while making the point. Sadly this parade of historical characters, heavy on the past and skimpy on the future, makes Adapt Or Fly a show for an older audience. DM

Adapt Or Fly runs at the Joburg Theatre until 29 April.