US and Indian pressure turns Pakistani terror suspect i... 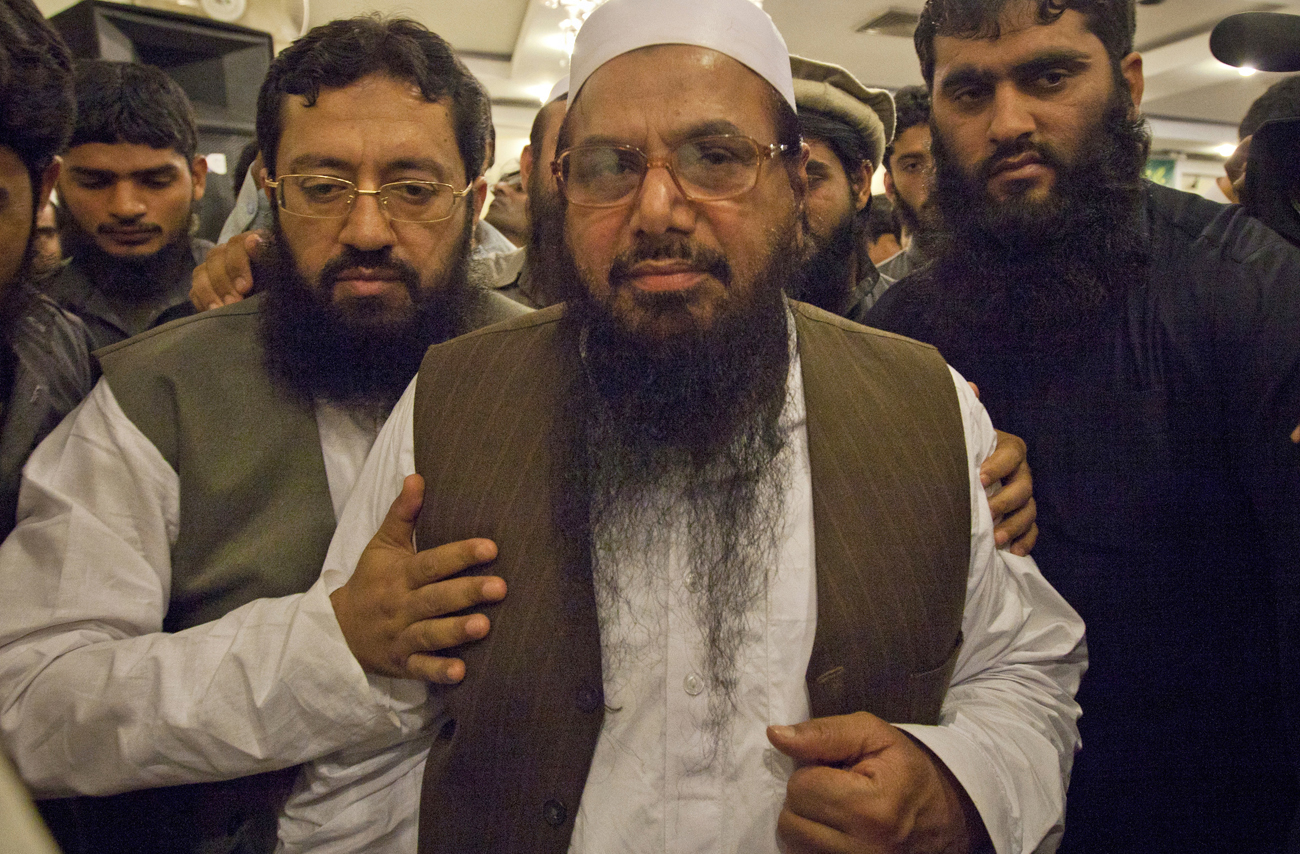 The US this week increased political tensions between Pakistan and India by announcing a $10-million reward for information leading to the capture of Hafiz Saeed, a Pakistani national alleged to be the leader who orchestrated the 2008 Mumbai attacks. So far, however, the bounty has only succeeded in exacerbating anti-American sentiment in Pakistan and propelling Saeed to TV stardom. By KHADIJA PATEL.

Indian media have billed him as that country’s “tormentor-in-chief”. He is accused of sowing a reign of terror across India but, most notably, he is accused of orchestrating the Mumbai attacks in November 2008. Those attacks left 166 people dead. Despite numerous entreaties from the Indian government, Pakistani authorities have so far refused to arrest Saeed or hand him over to India.

Now, however, Saeed carries a $10-million bounty on his head.

In the hierarchy of the world’s most wanted terror suspects, Saeed joins the ranks of Taliban chief Mullah Omar, who also carries a reward of $10 million. Omar and Saeed are only outranked in what The New York Times calls the “American list of most valuable terrorists” by Ayman al Zawahiri, Osama bin Laden’s successor at the helm of al-Qaeda. He has $25 million on his head.

A separate reward of $2-million has also been offered for information leading to the capture of Hafiz Abdul Rahman Makki, Saeed’s brother-in-law, moving him to 39th place on the list of terror suspects.

While notions of terror suspects wanted by Americans may conjure up images of men cowering in caves in the hinterlands of Pakistan, both Saeed and Makki are not men on the run. Saeed lives openly in Lahore and, speaking to Al-Jazeera after the announcement of the bounty, pointed out that he was not in hiding.

“We are not hiding in caves for bounties to be set on finding us. I think the US is frustrated because we are taking out countrywide protests against the resumption of Nato supplies and drone strikes,” he said.

In mid-December, Saeed addressed a rally of 30,000 Islamists in Lahore, where he is reported to have extolled the virtues of jihad and protested the errant Nato airstrikes that killed 26 Pakistani soldiers in November.

Last week, Saeed led Pakistani police on a merry chase as he defied a ban prohibiting him from entering the Pakistani capital, Islamabad, to participate in a protest and sit-in. The event was organised by the Defaa-i-Pakistan Council against the government’s presumed move to restore Nato supplies. Despite the fumbling efforts of Pakistani authorities to keep Saeed under close watch, he has succeeded in tapping into rising anti-American sentiment in Pakistan.

Saeed is accused of being the spiritual leader of Lashkar-e-Taiba (Lashkar), the Pakistan-based terror group alleged to enjoy the support of the ISI, Pakistan’s main intelligence agency. His brother-in-law, Makki, is said to be the second-in-command of the organisation. Lashkar is said to be dedicated to installing Islamist rule over swathes of India and Pakistan. The Mumbai attacks, however, were not the first incident of terror in the region believed to be the work of Lashkar. The organisation was designated a foreign terrorist organisation as far back as December 2001.

David Coleman Headley, an American convicted of participating in the Mumbai plot told American interrogators that Saeed is “close to the ISI” and “well protected”. Western and Indian intelligence officials say the charity work of Jamaat-ud-Dawa – Pakistani observers attest that the organisation does indeed engage in charity work – is a highly convoluted front for Lashkar.

Facing intense international pressure, Pakistan was forced to ban the organisation. Saeed was placed under house arrest for several months but was eventually released after he challenged his detention in court. Since then Pakistan has resisted Indian demands to act against him, saying it doesn’t have the necessary evidence.

Arif Rafiq, a Washington DC-based consultant on Middle East and South Asian political and security issues, believes the announcement of the bounty is not likely to persuade Pakistani officials to arrest Saeed or indeed hand him over to India. “Pakistan will not arrest him,” he said.

Under immense pressure from India, Pakistan arrested Zaki-ur-Rehman Lakhvi, Lashkar’s military leader, shortly after the Mumbai attacks, but he has yet to stand trial. In November, American media reported that US officials expressed concerns that Lakhvi was directing operations while in Pakistani custody, and that Army Chief Ashfaq Parvez Kayani had rejected a US request for authorities to seize the cellphone Lakhvi was using while in custody.

Some commentators believe Lashkar is considered too powerful at a political, military and public opinion level in Pakistan for the government to ever take decisive action against them. Many fear that the armed operatives and graduates affiliated to Lashkar will turn the anger towards the Americans and the Indians against the feeble Pakistani government instead.

“The US has set a red line with this announcement,” he said. “Knowing that Jamaat-ud-Dawa have held a number of rallies recently, the US is looking to stem the influence of Saeed and his organisation.”

Ultimately, Rafiq believes the announcement of this bounty is a message to the Pakistani intelligence and military officials who are believed to be sheltering Saeed. “This may force Pakistani authorities to clamp down on his public appearances,” Rafiq said. “Pakistani officials may now tell Saeed ‘you can attend rallies, but you cannot speak there’.”

The announcement of the bounty is likely to further strain relations between India and Pakistan, but it is also an emphatic statement of the US’s support for India against terror in Pakistan. Rafiq points out it is significant that this announcement was made by the US under secretary of state for political affairs, Wendy R. Sherman, while she visited Delhi. “The message given to the Indians by the US is that the US will co-operate with Pakistan when it comes to Afghanistan, but on other matters it stands with India.”

Saeed, meanwhile, has continued to appear on Pakistani television, speaking out against the US with bravado and, according to Rafiq, winning sympathy from a sector of Pakistanis which now perceives the bounty as a covert attack on Pakistan. “He is not a particularly popular man in Pakistan,” Rafiq says of his profile in Pakistan. “But this bounty has inadvertently portrayed him as a man resisting the US interference in Pakistan.”

Saeed, then, is quickly turning into a newest pin-up boy for anti-American sentiment among those millions of Pakistanis who resent American interference in their country. DM

Photo: Hafiz Saeed, the head of Jamaat-ud-Dawa and founder of Lashkar-e-Taiba, is surrounded by his supporters as he leaves after a news conference in Rawalpindi near Islamabad on 4 April 2012. REUTERS/Faisal Mahmood.