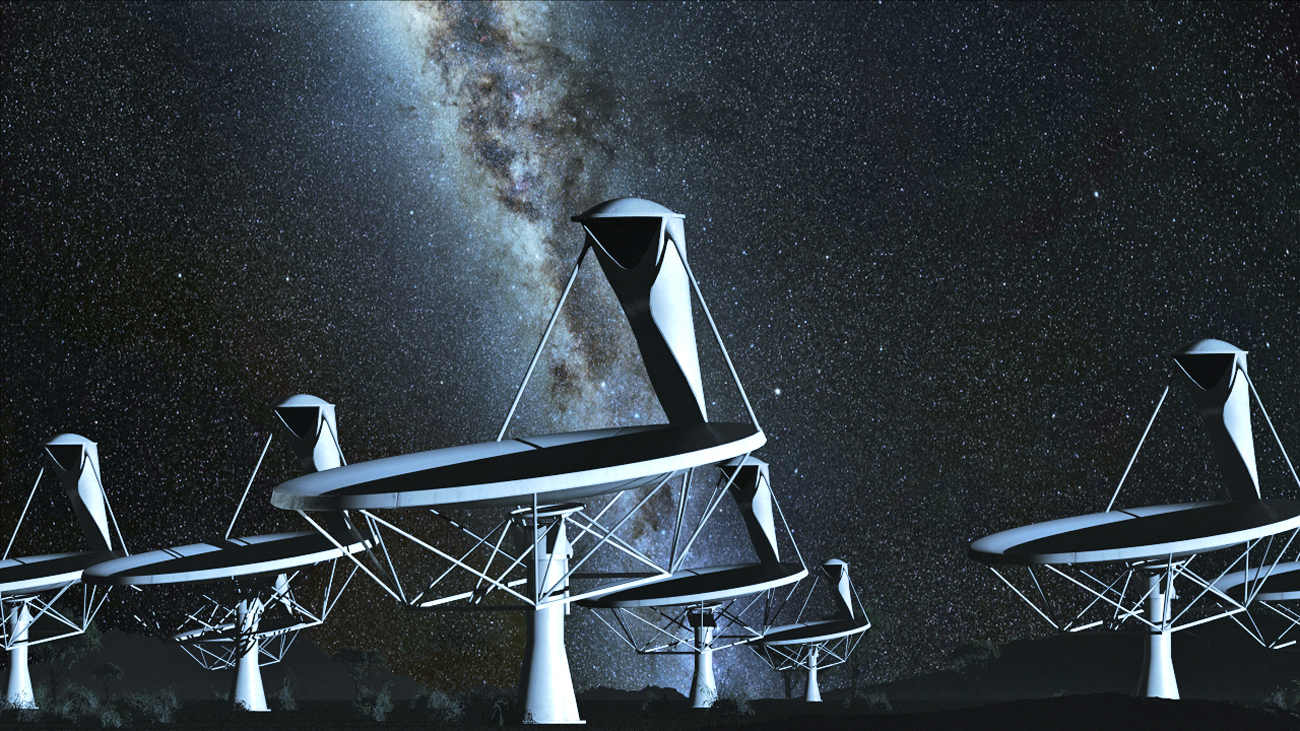 If the Square Kilometre Array bid was a rugby game between South Africa and Australia, the latest call from the referee would be: “Both of you have invested so much, we’re going to spend another month deciding how we can end this so everyone wins”. For the scientists, this is not the end of the world. But for the fans in the stands, yesterday’s news was an anticlimax. By ALEX ELISEEV.

At first we hoped the winning country would be announced this week, following a meeting of the board of the SKA Organisation in Amsterdam. When that prospect grew dim, we hoped board members would at least emerge with a date for when an announcement would be made. Yesterday, they released a media statement declaring a further delay and which, if read carefully, suggests that a “win-win” outcome is now more likely than ever. So where does that leave the fans, who may now spend months watching a draw?

Of course, things are not that simple and to compare the construction of the world’s most powerful radio telescope, the “experiment of the century”, to a rugby match, even a Test between old rivals, is a little unfair. So some context is crucial.

Having been short-listed to host the SKA in 2006, South Africa and Australia, along with their partner countries, prepared their sites, conducted the tests, built stunning precursor telescopes and submitted their final bid documents at the end of last year.

An SKA site advisory committee was then formed to carry out a technical assessment of both bids and recommend a preferred location. This was completed and submitted in February and, judging by the response of the Australians to media leaks, South Africa appeared to emerged on top. Not long after, Australian science minister Chris Evans was quoted playing the “Africa card”, suggesting they were at a disadvantage because of Europe’s desire to develop Africa. The Australian team also raised a few technical queries.

And that’s pretty much where it stood until this week’s meeting, which was supposed to address any queries left unresolved and discuss the awarding of the bid. But after a long two days, the statement revealed only that a new “small scientific working group” was being formed to explore how to make the entire project more “inclusive”.

“It is desirable to maintain an inclusive approach to the SKA,” the short statement read. “It is important to maximise the value from the investment made by both candidate host regions.”
It went on to say that the new group would report back to the board by mid-May and its work would facilitate the decision.

The possibility of a shared bid/“win-win” option has been around for some time. Until recently, neither side would discuss it publically, but on Thursday, science and technology minister Naledi Pandor was asked about this. “I agree with the Australian minister that a joint site is not a good option at all.” She even joked that this was about the only thing on which they agreed. And yet, reading yesterday’s statement and being asked whether it pointed towards some kind of a compromise, Pandor could only agree.

The idea behind the board’s decision to do extra research seems to be that the SKA Organisation doesn’t want to lose either country as both have invested a tremendous amount of money and energy into their preparations. Even if South Africa was chosen as the technically superior site, both countries clearly have the best locations in the world and have skills that can be shared. There also seems to be no overwhelming winner, as the race has always been close.

It’s also important to remember that the SKA will cost more than R20-billion to build and will be funded by a consortium of countries, which means it will require high levels of diplomacy. If the SKA is divided up between South Africa and Australia, which are far apart, it could create various logistical and financial difficulties. But a split does not necessarily mean it will be a 50/50 one either, nor does it mean the array would have to be broken up. It’s possible the dishes would be in one country and the headquarters in another. Unfortunately, at this stage, we simply don’t know what a “win-win” situation would look like.

While the political message has been against sharing the prize, the scientists involved have been expecting something like this and may be more willing to play with the other team. For them, what’s important is that science is done and if they get the dominant part of the project, well, that could be enough.

Pandor, meanwhile, said she was disappointed by the delay. Which is understandable because drumming up support for the SKA has not been easy. For some strange reason, images of hydrogen captured in distant galaxies just don’t draw the big crowds.

What many people don’t know and what South Africa’s team leader Bernie Fanaroff has been at pains to explain is that the SKA will be as big, if not bigger than Switzerland’s Large Hadron Collider (CERN). It will gaze out into the infinite universe, back in time, and hopefully answer some of the most fundamental questions about our existence. Not to mention the benefits it would bring in terms of infrastructure, jobs and prestige. Many supporters say the project outshines any world cup and even the Olympics.

So now Pandor is asking South Africans to have “courage” and not to give up on supporting the country’s bid, even if it means sharing a trophy with the Australians. The question is: Will they understand? DM

Photo: The Square Kilometre Array – the competition is tight between South Africa and Australia. SKATELESCOPE.ORG