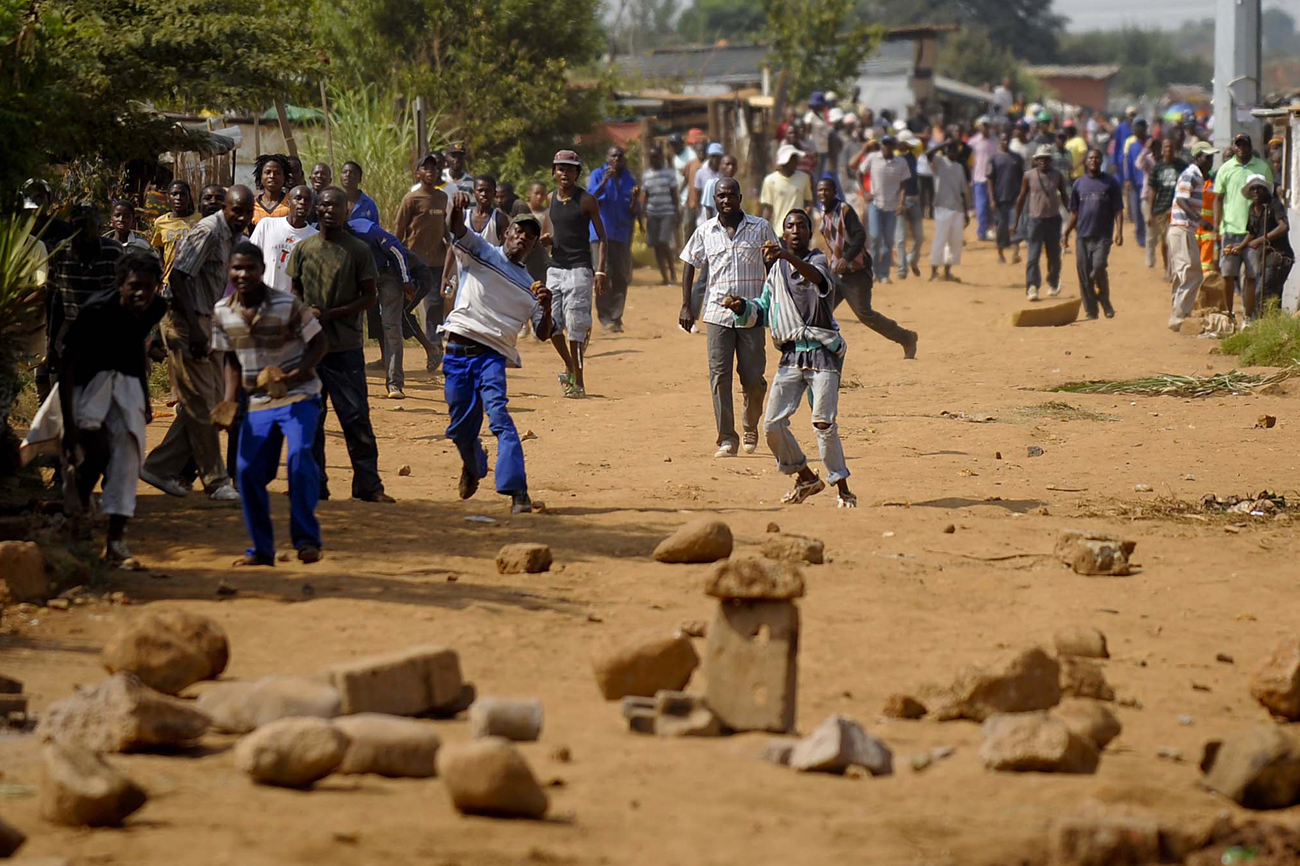 The Queen of France never said “Let them eat cake,” but there is no doubt that rising prices and a string of food riots were key factors leading up to the French Revolution. CHRIS GIBBONS explores whether South Africa could be heading the same way.

The French Revolution of 1789 was a long time coming. It takes a special kind of desperation for a population to rise up violently against its rulers, be they hereditary monarchs or popular democracies. But in that year of change, the ordinary French were gatvol because their stomachs were empty.

Throughout the 1770s and 1780s they had endured a succession of droughts and bad harvests, as well as disastrous financial policies. Various finance ministers came and went as Marie-Antoinette’s muddle-headed husband, Louis XVI, tried to appease everyone – without success.

Government borrowing rose higher and higher, as did food prices, and the staple, bread, highest of all. The winter of 1788-89 was particularly harsh. Once again, food riots swept Paris and the events that led to the July storming of the Bastille clicked swiftly into place.

South Africa needs to pay close attention to a key question: why was government borrowing so high at this time? In short, the French nobility – 400,000 people out of a population of about 26 million – were almost completely exempt from tax. Yet the nobles, along with government and the royals, were the ones doing all the spending. In this instance, the church also took more than its fair share.

The burden on France’s largely peasant population was horrendous and Christopher Hibbert, in his masterpiece, The French Revolution, quotes English novelist, Tobias Smollet, a traveller in France at the time. He was “ …appalled by the sight of the peasants… they had the appearance more of ‘ravenous scarecrows’ than of human beings.”

Refusing to curb spending, government imposed more and more taxes on the long-suffering populace. Denying the need for austerity, France faced bankruptcy. The immortal line about “Let them eat cake” never did pass Marie-Antoinette’s lips, but there is no doubt that she was as deeply opposed to spending cuts as anyone else at Versailles. She probably had a hand in the dismissal of one finance minister – Turgot – and certainly did in another – Calonne – both of whom had attempted to bring some measure of fiscal discipline to Louis’ court.

The taxes on the general populace were many, varied, onerous and without any means of escape, unless you had connections. Collection was also ruthlessly enforced, which is where modern South Africa enters the picture. The French transportation system at that time was primitive by modern standards, but certainly in existence: a network of roads and canals, most of them with tolls aplenty. Electricity and the digital age both lay far in the future, but there is no doubt that, at this time of maximum financial stress, if Louis or his finance ministers could have imposed e-tolling and e-tagging, they would have, to say nothing of a tame police force to collect them.

Modern South Africa also has a series of taxes which are many, varied, onerous and without any means of escape, if you are a member of the general populace. These include more modern imposts, like VAT, but also things which are effectively taxes like electricity and petrol. Sure, we could do without them, but life would become desperately unpleasant. The cost of travel is also inescapable. They all rise, year after year, faster than our wages, an erosion called inflation and well known to 18th century France.

On to all of this now add e-tolling and e-tagging, at least in Gauteng. It will be capped at R550 per month – for the time being. For a family that earns R10,000 per month, after all other living expenses, that might be as much as half the food budget for the period. So, given the continuing service delivery protests across our nation, could e-tolling be the trigger that launches South Africa’s own version of the French Revolution?

It’s not so far-fetched. Lack of food still plays a role, even in modern revolutions. Commenting on last year’s Arab Spring in a recent edition of The Economist, Jane Harrigan of the School of Oriental and African Studies at London University described food riots as “the last nail in the coffin of regimes failing to deliver on their side of the social contract.”

We also have our own version of the French nobility: highly-paid executives and government functionaries who must seem, to the millions of unemployed, to be as remote as any Milord-de-This or Le Vicomte-de-la-That. Watch the hungry and the desperate picking through refuse bins in our cities and there are Smollet’s “scarecrows”.

In this instance, although the parallel is striking, it only goes so far. Despite a long list of failings, there is no doubt that the current ANC government has put in place a number of measures that will certainly prevent a local revolution. At the top are social grants. Estimates vary, but between 13 and 18 million South Africans benefit in one way or another. At least some food is on the table. Primary healthcare, although chaotic in some cases, is present. We are also beginning to make a significant dent in things like the transmission of mother-to-child HIV. The ranks of government workers swell by the day; some of it is sheltered employment, but it’s employment nonetheless and a portion of the wages paid recycle back into the fiscus via taxation. Even government employees can’t escape tax, unlike their 18th century French counterparts.

In effect, then, South Africa’s government, via the social grant system, is subsidising the population not to revolt. Good. But don’t close this chapter on the French Revolution for one more short moment. King Louis’ government also subsidised the bread price at various times before the revolution, especially in volatile Paris. It worked for a while, but only until the money ran out. Then the government had to borrow again and again… and the rest, as they say, is history.

As long as we continue to hand out more and more grants and to increase government wages at rates far higher than inflation, in an economy that is not geared for growth, we face the same possible outcome. You can just hear Marie-Antoinette’s voice, echoing across the years, can’t you: “No more money? We’ve run out? Well then, everyone must have e-tags and we’ll increase the e-tolls!” DM

Photo: E-tolling – could it launch SA’s own French Revolution?