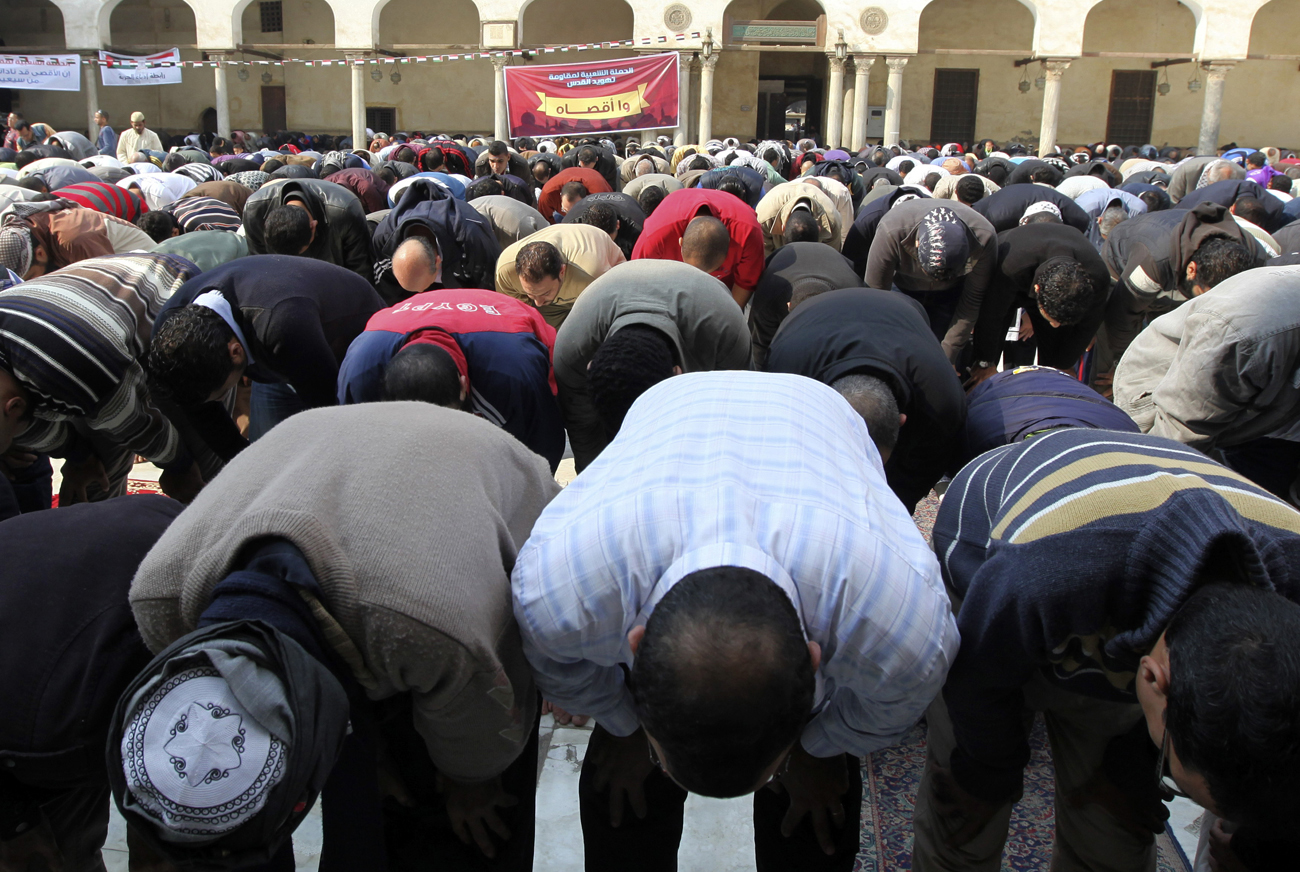 In Egypt, the Muslim Brotherhood has decided now is a good time to forget all that fluffy talk about unity and reconciliation and start showing who’s really the boss. It’s hijacking the constitutional assembly, forcing through its own presidential candidate and behaving obnoxiously. This is all within its right, but it’s making everyone else very nervous. By SIMON ALLISON.

One almost feels sorry for Egypt’s Muslim Brotherhood (MB). Despite the fact that during the long decades of Hosni Mubarak’s rule the MB provided the only real opposition, it has very few friends either in Egypt or internationally. The liberal, secular revolutionaries think they’re going to turn Egypt into a theocracy at the first opportunity, other Islamist groups think MB isn’t Muslim enough, Christians fear persecution on an unprecedented scale and western countries struggle to disguise their largely unfounded suspicions that the MB is somehow linked to al Qaeda.

Not that this should bother the MB too much, as it’s still enormously popular in Egypt. Parliamentary elections held earlier this year gave its members the largest share of seats. Even if its political rivals can’t admit its appeal, Egypt’s people weren’t afraid to vote for the MB in their droves. For many Egyptians, the MB’s dedicated social welfare programmes, run in the face of state persecution, were proof the movement cared about the people.

Until recently, the MB was keen to bolster this good-guy image, reaching out to other political parties, emphasising the importance of unity and reconciliation and promising to take all voices into account while leading Egypt’s transition.

But two recent incidents have fatally undermined that perception, at least as far as political rivals are concerned, seeming to confirm opponents’ worst fears. The first was in parliament, which was given the task of coming up with a 100-member panel to draft a new constitution. In coalition with another Islamist party (this one far more conservative), the MB rammed through a constitutional assembly dominated by conservative Islamist figures, with little more than token representation extended to other groups. All other political parties were so incensed they are boycotting the process completely, as is the Coptic church.

Then came another shocking decision. Breaking numerous previous pledges not to field its own candidate in May’s presidential elections, the MB announced it would, in fact, nominate its own man. And not just anyone, either – Khairat el-Shater is deputy supreme guide, a key financier, from the very top echelon. He is a big gun and the Brotherhood is wheeling him out to make sure it holds on to power. We know this because it wasn’t exactly subtle in explaining this decision, pointing out that parliament was less influential than it had hoped and so, to maintain its position, it needed to run the executive as well.

These two displays of political aggression – both perfectly legal, if not exactly in the spirit of the revolution – have left the rest of Egypt a bit shell-shocked. And confused. What prompted the sudden change in tactics? There are numerous theories. Most prevalent is the one outlined above; suddenly, the Brotherhood realised the limitations of its power in parliament and hence the sudden need for a presidential candidate, and the rush to force through an MB-dominated constitutional assembly. Then there’s the more devious suggestion that the MB is somehow in collusion with the interim military government, and it has to do things the military can’t get away with.

But it still doesn’t quite make sense, as analyst Issandr el-Amrani writes in the National: “What is most surprising in both the Brotherhood’s stance on the constituent assembly and its decision to field its own candidate is the uncharacteristic brinkmanship. For years, the Brotherhood had favoured gradualism and a strategic approach to politics, at times confronting the Mubarak regime and at others seeking negotiation. Its more recent behaviour reveals a more maximalist attitude, precisely at a time when Egypt’s other political forces, the military and regional powers are getting more nervous about it.”

It’s not an attitude guaranteed to pay off. Best-case scenario for the Brotherhood is that it has an MB president, supported by an MB-led parliament, governing according to a Brotherhood-drafted constitution. Chances are it’ll get the last two, but the presidency might be a little more difficult.

Current polls show the secular candidate, Amr Moussa, is well ahead with 30% of the vote, although el-Shater’s candidacy is so recent his name wasn’t included. But el-Shater’s not really fighting against Moussa. He’s fighting the other Islamist candidates who have had months to prepare their campaigns. Of special concern is Sheikh Hazem Abu Ismail, who comes from the much more radical Salafist movement. Abu Ismail wants an Islamist government based on Sharia law, and there are plenty of Egyptians who agree with him – 22.7% according to the poll. Will these voters be tempted by the Brotherhood’s more populist and less explicitly Islamists approach? Probably not.

Egypt’s presidential elections are over two rounds, with only the top two candidates remaining in the second round. El-Shater will have to beat Abu Ismail in the first round, and then hope the Islamist vote coalesces around him in the second round, where he’ll presumably face Moussa. El-Shater’s in with a good chance, he might even be the favourite – but it’s certainly not guaranteed.

And that, ultimately, is what the revolution was all about – something the Brotherhood’s critics should remember before they launch their scathing attacks on its dominance. At the moment, the MB is playing the political game to perfection, and it’s winning. But its victory is not pre-ordained the way Mubarak’s regular 90%-plus election victories were. The Muslim Brotherhood is doing what any normal political party would do, using whatever political means at its disposal to gain itself the most power. This is democracy in action. If it’s going to be stopped, someone else is going to have to start playing better politics. DM

Photo: Members of the Muslim Brotherhood attend Friday prayers at al-Azhar mosque in Cairo on 25 November 2011. The group held a rally on Friday at the mosque for the “liberation” of Jerusalem from Israeli control. REUTERS/Amr Abdallah Dalsh.