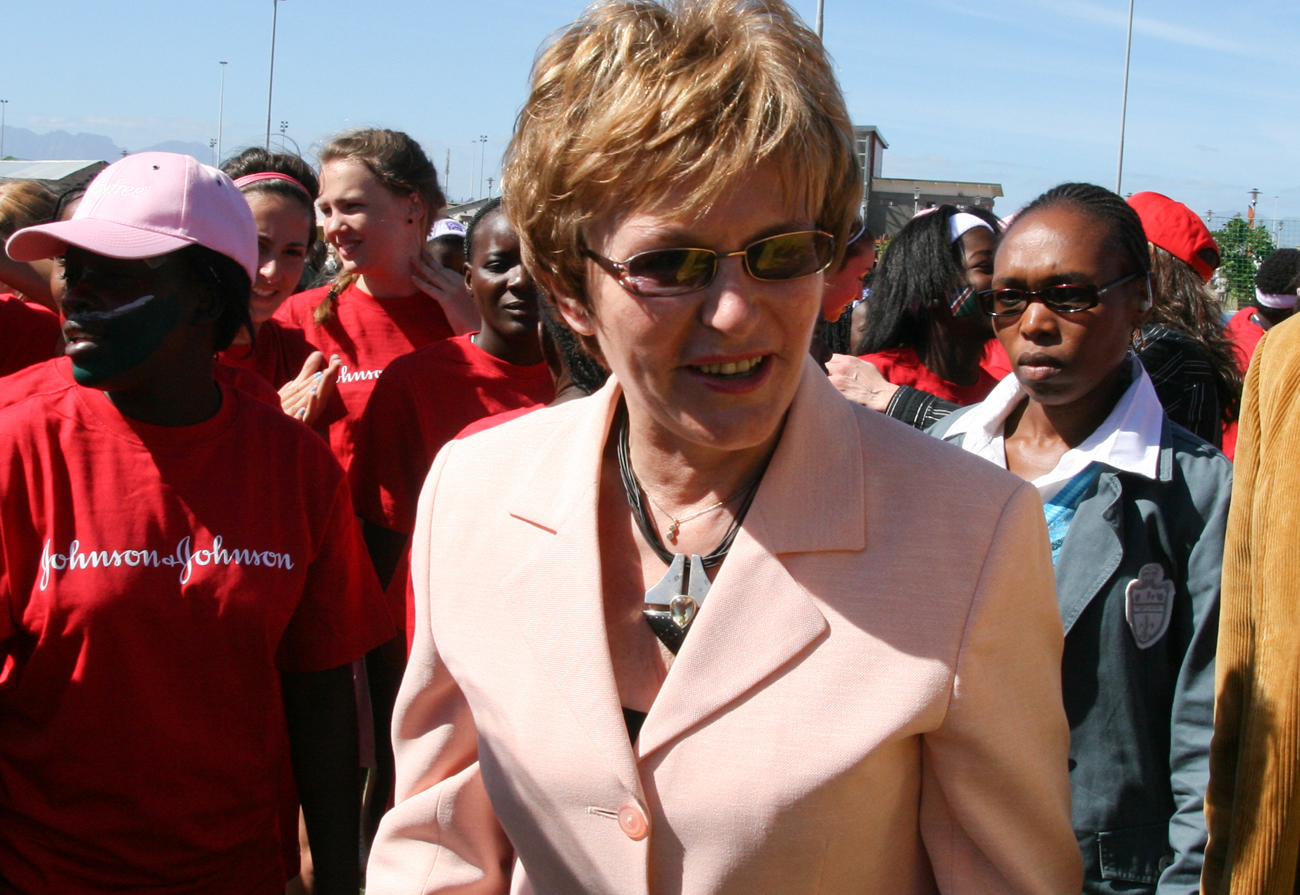 Has @helenzille, a Twitter enfant terrible the likes of which hasn't been seen since Nonhle Thema, turned a corner? Indications are that after weeks of steadfastly defending her choice of words to describe the effects of the Eastern Cape education crisis, she’s capitulated. And, in the process, learned valuable lessons. By OSIAME MOLEFE.

Those close to her draw a distinction between Helen Zille, the woman who transformed the Democratic Alliance and competently runs the Western Cape, and @helenzille, her oftentimes acerbic twitter persona. They cite the 140-character limit as the reason for the spectacular gaffes she’s made on Twitter. In real life, they say, Zille is more reasonable and not likely to call anyone a “wombat” to their faces without it being tongue-in-cheek.

For weeks, however, @helenzille was adamant, at times belligerent and sometimes mean. She was on the side of the angels, after all. She refused to back down from her tweet that referred to Eastern Cape pupils attending Western Cape schools as “education refugees”. Instead, she tried unsuccessfully to shift the conversation from anger at her choice of words to the education crisis in the Eastern Cape. As she did so, still justifying her use of the word, Business Day editor Peter Bruce reminded her that it was she who said: “When you’re explaining, you’re losing.”

But explain she did. She wrote, in her note about the education debate, that “refugee” was not a pejorative and concluded the responses to her use of the word showed that South Africans, conflating refugee with foreigner, were deeply xenophobic. That, of course, triggered yet another, smaller backlash.

“When we were notified that Premier Helen Zille had tweeted a comment referring to children from the Eastern Cape as refugees, we expected her to simply apologise and withdraw from such remarks,” refugee rights group Passop said in a statement.

“It is incorrect to say that someone is against foreigners or xenophobic because they do not want elected leaders in a democratic country to call them refugees.”

Two weeks since 20 March, the date of the original offence, Zille’s refugees comment remains topical in social and other media sites, and has rejuvenated the meme that you need a visa to visit the Republic of the Western Cape. Some attendees to this weekend’s Cape Town jazz festival wore shirts proudly declaring themselves “jazz refugees”.

Lost in much of this was Zille’s original point: the Eastern Cape’s education system has collapsed because of the SA Democratic Teachers’ Union.

Media strategist Sarah Britten sees this as a critical blunder, because it gave the ANC and its affiliates licence to muddy the issue and divert from the party’s failure to deliver quality education to the Eastern Cape.

“My advice to any brand, whether you’re a retailer or a politician, is apologise upfront and then defend yourself. Regardless of the merits of the education debate – and it certainly raised some very important issues – putting the definition of a word at the centre of it opened her up to the kind of nutty criticism that Cosas and others specialise in, and distracted attention from the real issue,” Britten said.

Zille did finally apologise, sort of. On 1 April, of all days, at 5:32pm, she tweeted, “I’ve read Marvin’s piece. I was a chop. Using language too loosely. Opened myself to this without thinking.”

The piece she was referring to was Sunday Times deputy editor Marvin Meintjies’ column where he said Zille’s refugees comment was not, as the ANC and others claimed, racist. She was just being a chop.

For the uninformed, a chop (or tjop) is an idiot. Had Zille done this after the initial backlash, she would have been free to focus on the real issue, according to Britten. Anyone harping on about a remark she’d withdrawn and restated would have seemed petty. Britten and social media consultant Melissa Attree agree that the damage done is not irrepairable. Twitter’s fast-moving stream of information has forgetfulnessbuilt into it. But Zille’s gaffe remained topical because she continued to fan it long after common sense would have dictated that she let it go.

This was not the first time Zille’s tweets caused a furore and detracted from the point she was trying to make. As with her “professional blacks” tweet and her response to musician Lindiwe Suttle’s tweets about racism in Cape Town, Zille again had not thought how it might be perceived before hitting the send button.

“Think before you tweet. Consider each response carefully and assess if it is worth hitting send,” Attree advised.

This is not to self censor, but to, as Zille often says, make the issues the issue. If, as she declared on Sunday, Zille has learned this lesson the hard way, then that would explain the recent change in the tone of her tweets. The third time can be either a charm or a trend. The next time Zille tweets something the chattering classes find controversial, as she is sure to do, will be her true test. DM