Ngozi takes on the World Bank - and just might win

Ngozi takes on the World Bank – and just might win 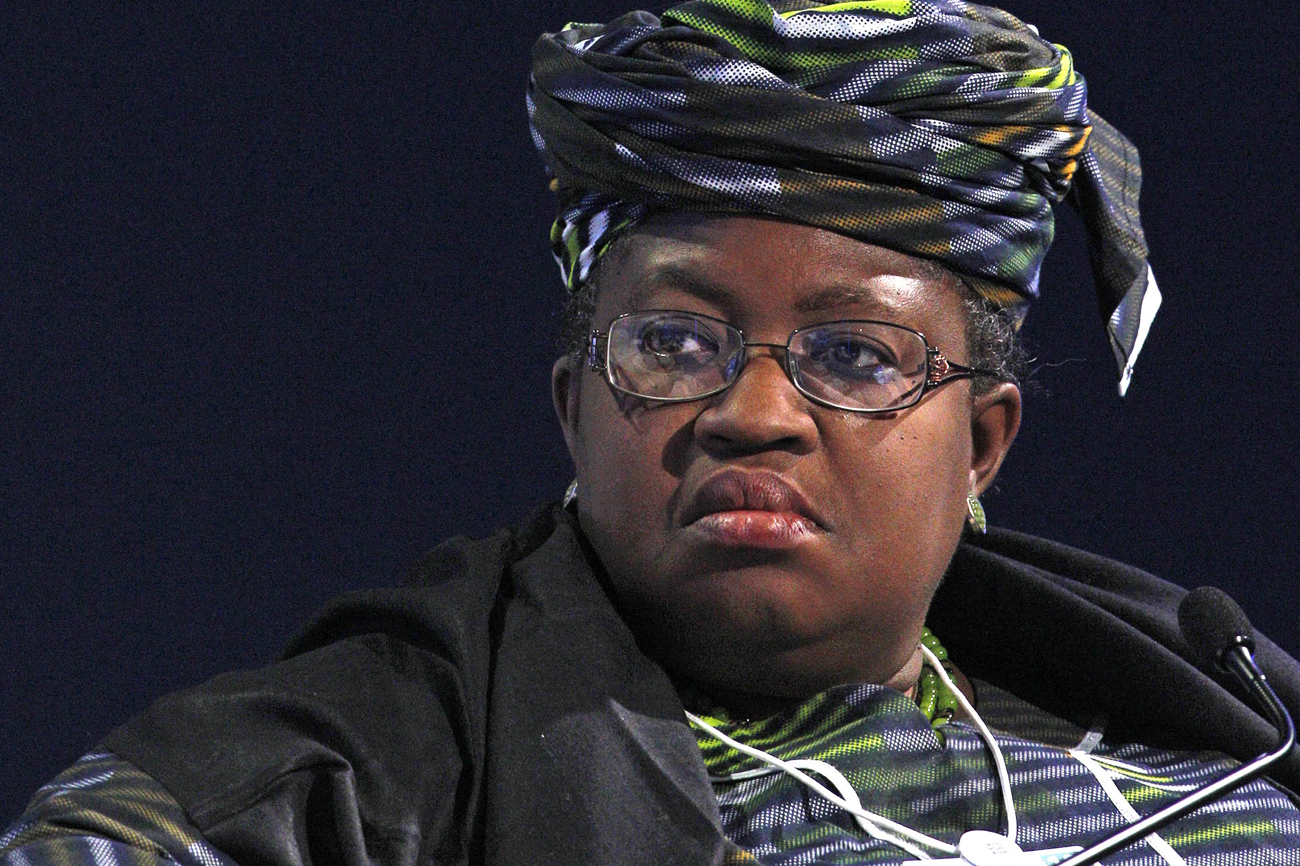 The received wisdom says there’s no chance of Ngozi Okonjo-Iweala winning the presidency of the World Bank. She’s a woman, she’s from the developing world and – most damning of all – she’s not American. But sometimes the received wisdom is wrong. This could be one of those times. By SIMON ALLISON.

The efficient, but unmemorable Robert Zoellick has finished his time in charge of the World Bank, and it’s time to find his replacement. This was never a very difficult task. The World Bank would ask the US, its largest financial contributor, who it wanted at the helm. The World Bank would then vote that person in – always a white American man.

This is clearly a ridiculous situation, but it’s not unique. The World Bank’s sister institution, the International Monetary Fund, runs along the same lines, except the deal is it should be a European in charge. But things are changing. After Dominique Strauss-Kahn, France successfully lobbied for it to be a European woman rather than man at the helm – hence Christine Lagarde’s appointment.

And when Zoellick announced his departure, other countries decided it was time to challenge America’s hegemony of the World Bank. Not surprisingly China led the way. In one of life’s delicious ironies, China subtly accused the US of not being democratic enough – and they were right. “China hopes that the World Bank will select the next president based on the principles of openness, competition and merit,” said foreign ministry spokesman Liu Weimin, blithely ignoring his own country’s arcane and obscure leadership contests, which are anything but open and fair.

But ironies aside, China was speaking for all of the developing world in its criticism. Sure, there’s a pragmatic realism arguing that the most powerful country in the world and the one that putting the most money into the bank, should have the prerogative to choose its leader. But unfortunately for America, international relations are not as simple as in the years immediately after World War II when the World Bank was established. Developing countries are no longer content for their economic policies to be dictated by American economic orthodoxy, which hasn’t worked out all that well for America itself recently.

And so, under pressure, the World Bank opened the race to candidates from anywhere. Obama chose American citizen Jim Yong Kim, president of Ivy League college Dartmouth, born in South Korea and a specialist in development economics (that’s when he’s not rapping and dancing the robot). His candidature breaks a couple of important patterns – the first non-white to lead the World Bank, and the first with real expertise in what the bank does. He should be a shoo-in, even if he does hold a few distinctly non-World Bank views on financial austerity and the limitations of growth.

But he’s not. In a political masterstroke, the developing world submitted two of its finest names to contest the position and, in this lofty company, Kim looks a little under-qualified. There’s Colombia’s José Antonio Ocampo, who led Columbia through Latin America’s financial crisis, reformed the UN’s Economic Commission for Africa and the Caribbean, and served as UN under-secretary general for economic and social affairs. He’s knows global institutions, economics and the developing world. Only problem? He doesn’t even have the support of his own country. Colombia doesn’t want to burn any bridges on his behalf because it has a candidate in mind for head of the International Labour Organisation.

But that’s alright because the developing world has an even better man for the job. Excuse me – an even better woman. Step forward Ngozi Okonjo-Iweala, Nigerian finance minister, former deputy to Robert Zoellick, and probably the most powerful woman in Africa. In her first stint as finance minister she pushed through massive anti-corruption reforms and wiped 60% off Nigeria’s foreign debt, before becoming too popular for then-president Obasanjo to tolerate. She did another stint at the World Bank, this time as managing director, before returning to the ministry at President Goodluck Jonathan’s behest, with the task of spearheading the massive economic reforms Nigeria needs so desperately. She’s only been in the position for seven months and has already halved the petrol subsidy which was crippling the Nigerian treasury – a difficult, unpopular measure, but one that needed to be done.

Analysts are in near-universal agreement that, in a world where merit alone counted, Okonjo-Iweala would win. Hence the flood of endorsements coming her way. Nigeria is fully behind her, as is the African Union. South Africa too has lent its support (although some suggest this is another attempted tit-for-tat exchange for Nigeria’s support of Nkosazana Dlamini-Zuma as AU Commission chairwoman).

More surprising is the media titans are lining up behind her. Some of the most influential publications in the world published glowing endorsements and profiles of Okonjo-Iweala, including the Financial Times, The New York Times and the Economist, which said: “For almost 70 years, the leadership of the IMF and World Bank has been subject to an indefensible carve-up. The head of the IMF is European; the World Bank, American. This shabby tradition has persisted because it has not been worth picking a fight over. The gap between Mr Kim and Ms Okonjo-Iweala changes the calculation. It gives others a chance to insist on the best candidate, not simply the American one. Mr Ocampo should bow out gracefully. And the rest of the world should rally round Ms Okonjo-Iweala. May the best woman win.”

And her victory is not inconceivable, despite the American juggernaut she faces. A lot will depend on whether Ocampo maintains his candidacy or not. Votes in the World Bank are proportional, divvied up according to how much money you put into the bank. The US, as the largest contributor, gets the biggest percentage of the vote. Between them and Europe,  that’s 40%. Whoever is the new World Bank president will need at least 85% of the total. And other countries won’t find it all that easy to explain their support for an American candidate. As Lant Pritchett explains in The Guardian, countries might struggle to defend “a less-qualified American man against a stronger candidate who just happens to be African and a woman”.

Asked what she thought about this, Okonjo-Iweala was in a typically feisty mood: “I have tremendous respect for Kim,” she told the NYT. “But you’re looking for the best. You’re not just looking for the acceptable.” And she was scathing about the presumption that America’s nominee should win. “I can’t believe what I’m hearing. Is this the same West that talks about democracy, openness and meritocracy, and it’s like it has already been decided!”

The smart money is still on Kim with American influence just too great to resist. But for the first time America will have to fight hard to retain control. If the developing world unites, and fights hard, America might lose the stomach for the contest, paving the way for a black African woman to upset plenty of predictions and stereotypes. DM