Analysis: Six ways to put the ANC succession genie back...

Analysis: Six ways to put the ANC succession genie back in the bottle 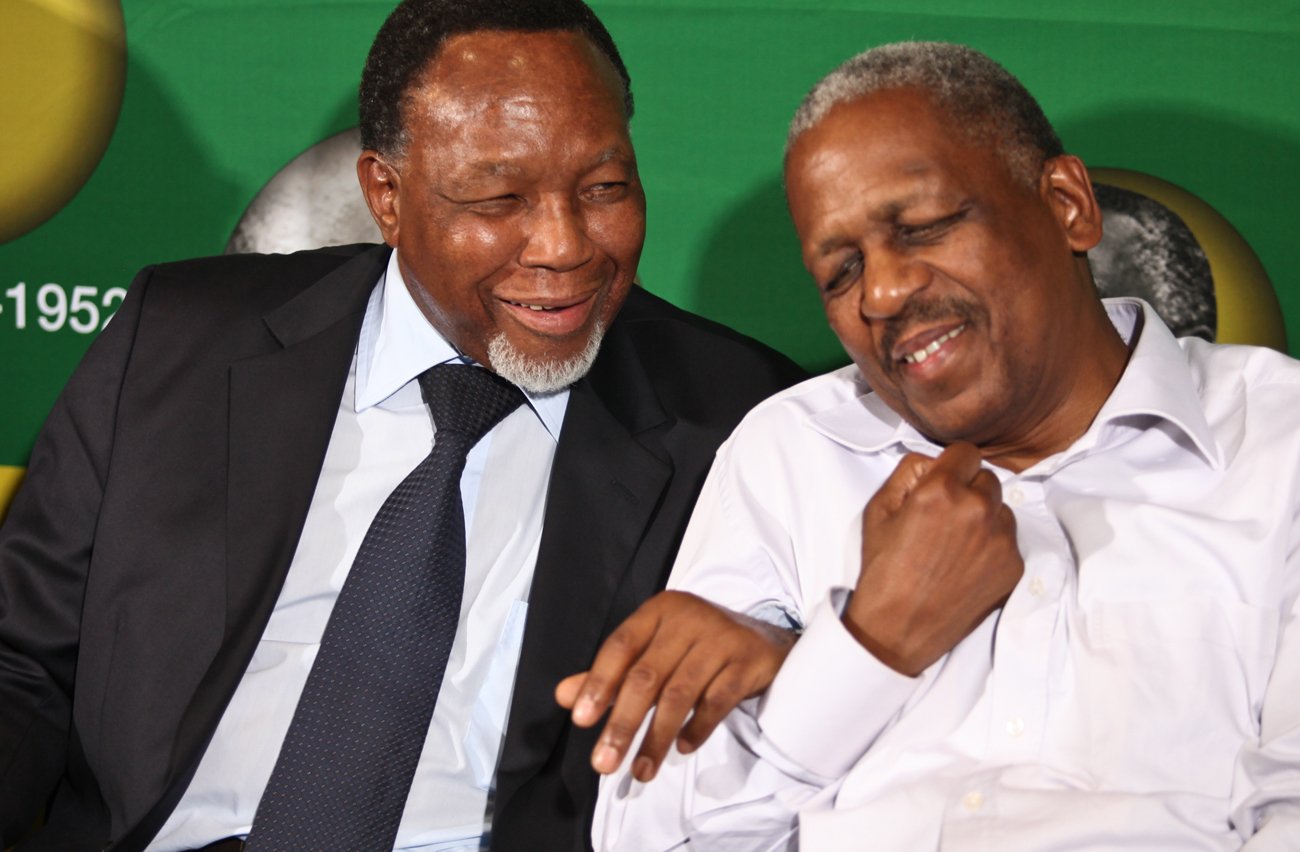 Don’t bring a knife to a gunfight, the saying goes. The ANC opted for the other extreme on Tuesday afternoon, rolling out its six big cannons to blast the rampant succession debate to smithereens. Pity, then, that it was way too much, and way too late. By RANJENI MUNUSAMY.

For people the world over, the footage that emerged from North Korea after the death of Kim Jong-il was truly fascinating. That is, how masses of people were forced to show intense grief to lament the death of their leader. They couldn’t just be sad or wipe away tears; it had to demonstrable mourning through loud and continuous wailing so the rest of the world could see just how much North Koreans loved their leader.

It turns out that forcing people to sit together and smile to show how much they love their leader and each other isn’t any less painful. You couldn’t help feel sorry for ANC deputy president Kgalema Motlanthe and treasurer Mathews Phosa during the highly anticipated and extraordinary press conference by the ANC’s six national officials on Tuesday. Sure they stuck to the script and delivered the right sound bites, but there was no possible way their participation in that press conference was something they would have chosen to do or enjoyed, despite secretary-general Gwede Mantashe’s re-assurance that “all six of us are loyal to the decision” to hold the briefing.

Motlanthe and Phosa have the enfant terrible Julius Malema to thank for the pleasure of being wheeled out to demonstrate unity at the ANC’s highest level. He really did push the boat out too far with his “dictatorship under the presidency of Jacob Zuma” comment on Saturday, and of course the ANC was justified in responding strongly to such an offensive attack on the organisation by one of its own. Well, still one of its own, until Cyril Ramaphosa and his disciplinary appeals committee finally cut the umbilical cord.

Since his rise to prominence and subsequent election as ANC Youth League president, Malema has played havoc with the ANC’s disciplinary rulebook and tormented the party leaders – first Thabo Mbeki and then Zuma. But nothing he said about Zuma during a centenary event at Wits University last Friday night – in the presence of Phosa – was worse than what he said about Mbeki – in the presence of Zuma and Mantashe.

It is now a matter of public record that Malema’s fiery comments disparaging Mbeki’s leadership outside the Pietermaritzburg High Court, after Judge Chris Nicholson struck Zuma’s corruption case off the roll in 2008, was the impetus behind Mbeki’s recall a week later. Malema did not face any rebuke from the ANC for this and many other ad hominem attacks against ANC leaders and other high-profile public figures.

So it’s not as if Malema had a sudden bout of outrageous behaviour to prompt the dramatic show of force by the ANC’s top six officials. The “shockingly crude, disrespectful and un-ANC remarks” which they said necessitated the media briefing has been around for years, the difference being that it was previously useful to the incumbent leadership to goad and batter their opponents.

Malema has been taunting Zuma and Mantashe for some time, particularly after the disciplinary procedures against him began. The difference in the past two weeks is that he has been needling the ANC in the presence first of Motlanthe and then Phosa – and neither called him to order.

This then provided the ideal opportunity for Zuma and Mantashe to put the lid on the succession debate. In other words, the progressing campaign to kick them out of their positions. It would have been really difficult for the two people most at risk in the succession battle to get up and say what they really want to: “Shut up and stop campaigning against us!”

Under the banner of discipline and party unity, it was much easier to force their challengers into a ceasefire. By parading all six officials and locking them into a public declaration of “no campaigning in our names”, Zuma and Mantashe have effectively neutralised Motlanthe and Phosa – as well as the for now silent agitator Fikile Mbalula – whose names feature on various slates proposing new leadership combinations in the ANC’s top six.

If in future Motlanthe and Phosa appear on any platform where the succession issue arises or comments critical to Zuma and Mantashe are made, they would look like hypocrites if they do not immediately condemn them. Furthermore, every time stories appear in the media about their possible candidacy for election, they are going to have to distance themselves from such talk.

So on the face of it, Zuma and Mantashe have outsmarted their opponents  and won the day. However, ANC leaders contesting leadership positions never do their own bidding – it’s their minions who do. When the leadership battle was raging in the run-up to the ANC’s Polokwane conference, Zuma never muddied his hands by campaigning for the ANC presidency: he had the coalition of the wounded to champion the challenge against Mbeki.

That is why attempts by Mbeki to lock him into a similar farce didn’t work and in fact had the opposite effect. In a bizarre twist at the time, Mbeki and Zuma issued a joint statement declaring there were no divisions between them and that people should stop using their names to campaign. The statement went down like a lead balloon: their respective factions laughed and pursued their relentless campaigns right until the Polokwane showdown.

If anything, the staged parade of a united front by the ANC’s senior officials shows a level of desperation by Zuma to retain power in the face of a serious onslaught against his presidency. If he was really confident of his support and that the voting numbers to the Mangaung conference sway in his favour, there would be no need to trundle out his would-be competitors and make a public show of getting them to back off.

Mantashe could have issued the statement on behalf of the officials and explained their disapproval of breaches in discipline. But Zuma knows the level of discontent in the ANC is building, and this could easily translate into a rebellion at Mangaung. And six pairs of hands is much more useful than two to force the succession genie back in the bottle. For now. DM