SA pays the price of the ANC's one-party-state ideal 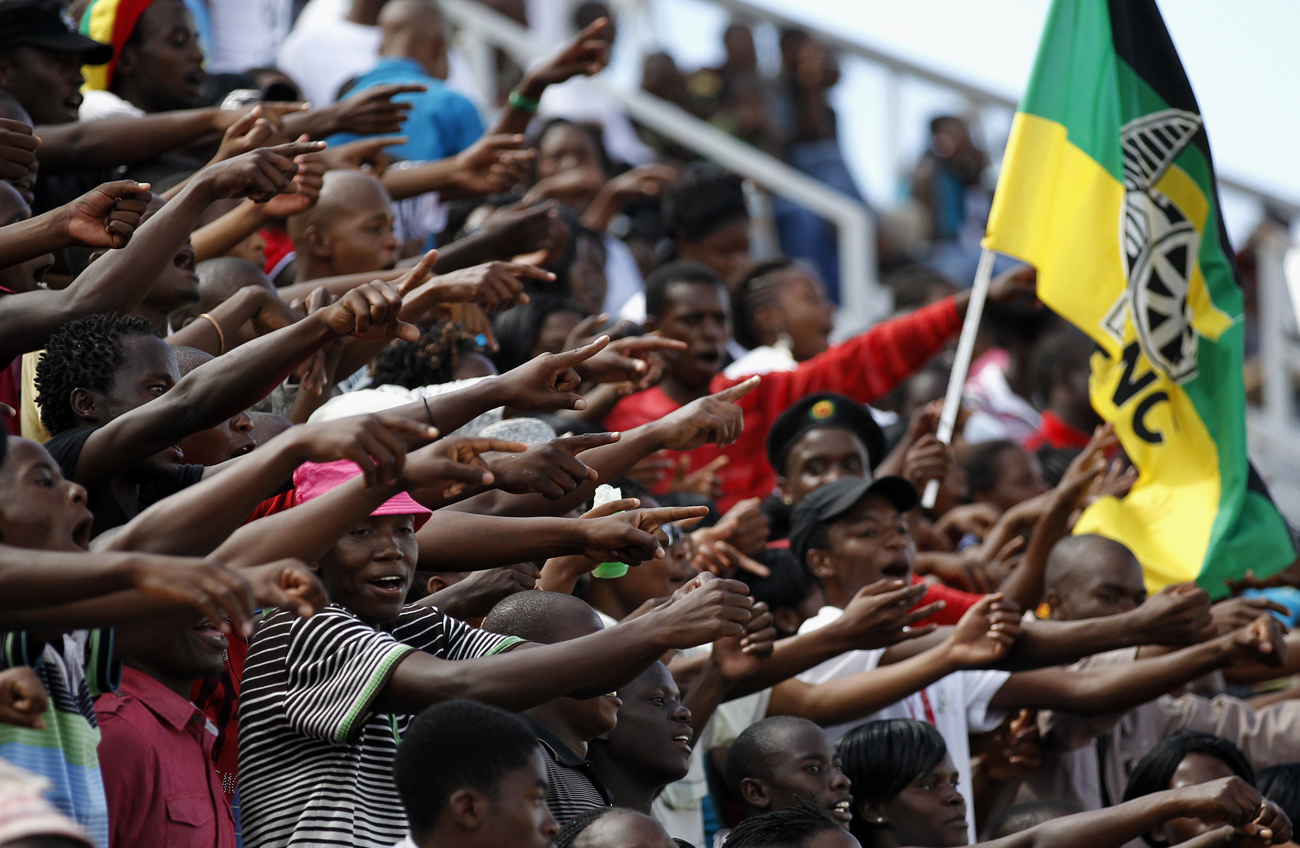 It’s well known that the ANC puts party loyalty and discipline above all else, with policies like “cadre deployment” and centralisation at the movement’s heart. Critics say the practice carries hidden costs, but also believe these are difficult to quantify. CHRIS GIBBONS disagrees and says the price is plain for all to see.

“Democracy under President Jacob Zuma is being replaced with dictatorship.” Those were the rather unsurprising words of the almost-certainly-soon-to-be-ex-president of the ANC’s Youth League, Julius Malema, in yet another scathing attack on Zuma over the weekend.

“Maybe our ideas serve as a threat to the current leadership,” he suggested. Of course his ideas threaten Zuma, but not for the reasons that Malema imagines. Were the two men to swap places, Malema would be as threatened, because that’s the very nature of a one-party state. That’s also why Malema’s use of the word “dictatorship” is spot-on.

The ANC firmly imagines that it’s running a one party-state. Every action it takes reflects that reality: the Protection of State Information Bill is an obvious example, but far more sinister is the current row over SAPS general Richard Mdluli and the way criminal charges against him were dropped. Criminal charges against Zuma himself were dropped under similar circumstances and let’s not forget that Zuma’s predecessor, Thabo Mbeki, was “recalled” by the party in equally opaque fashion. These are processes which see rumour followed by speculation, followed by more rumour. The party makes you, the party breaks you and no need at all to explain to the wider world whatsoever.

I couldn’t help remembering the fall of Thabo Mbeki as I watched one of China’s top Communist Party officials, Bo Xilai’s recent fall from grace. As Mbeki is the son of ANC royalty, Bo is a son of Communist Party legend – his father was on the Long March with Mao. Neither man was elected by popular vote – they simply appeared in their respective positions because the party put them there. When the party had finished with them, their defenestration was swift and merciless, justified or not.

Politics in this kind of state revolves not around your track record, nor about service delivery, nor even – heaven forbid! – something as mundane as a constituency; rather it’s about the man or woman sitting beside you in the Politburo or national executive committee. Who owes you a favour? To whom do you owe one? Who’s afraid of you so much that they would do anything to be in your good books? Or anything to destroy you? It becomes a power game for the sake of power. The ANC gropes towards an understanding of this when it says “factionalism of leadership undermines our ability to lead”. But the lack of understanding its destructive nature is demonstrated by the party’s response, which is to centralise even further. Plug the leaks, silence the rumours, discuss nothing, keep everything under wraps at the highest level.

The outcome is exactly the reverse. The centre weakens and becomes even more paranoid and then attempts to centralise even further. One moment, Bo Xilai was there, the next he was gone. No explanation necessary, just like Thabo Mbeki. The party has spoken. Dissent is not tolerated, as we see in modern China, where dissenters are jailed or even executed. This is how real dictatorships are born and China, despite its economic miracle is a one-party dictatorship. Malema understands this very well.

The effect on ordinary men and women is corrosive, insidious. Consider the following passage:

“ …and that was the other reason they both had decided against joining the Party. Because you could see it with your eyes closed, the way they were making separations between ordinary citizens and Party members. Even the worst Party member was worth more to them than the best ordinary citizen. Once in the Party, it appeared you could do what you liked, and never be called for it. They termed that rewarding loyalty with loyalty.”

Solzhenitsyn? Kafka? No – German novelist Hans Fallada, writing in 1947 about the Nazi Party, in his novel Alone in Berlin. Just two years after the end of World War ll, the scars left by the Nazis on German society were still incredibly raw, but Fallada’s point could apply to any one-party state at any time. Rewarding loyalty with loyalty? In modern South Africa, we call it tenderpreneurship.

The cost of a one-party state to a nation’s psyche is almost immeasurable: Germany has taken upwards of 60 years to begin to address the problem. There are ways, though, some of which are plain to see. South Africa is dealing with the damage caused by a dreadful education system, poor health systems and equally poor service delivery. All of these are certainly the result of the one-party attitude within the ANC, where it’s more important to spend 12 months jockeying for position ahead of a conference in Polokwane or Mangaung than it is to build new schools or make the existing ones run properly.

One example, an obvious measure is last week’s outlook downgrade for the country by Standard & Poor’s, from stable to negative because of high unemployment and a structural current account deficit. The rapid and continuing growth of government wages is central to this, and it’s another example of Fallada’s “rewarding loyalty with loyalty”.

Look also at the 2012 first quarter performance of the JSE versus its peers. On Friday last week, the JSE ended up 4%. Not bad? Well, even crippled Europe, with its Greek crisis, could manage 6.8%. The Americans did even better, with the Dow up more than 8%, the S&P 500 up 12% and the tech-heavy Nasdaq up 19%. It’s the biggest first-quarter gain for the Dow and the S&P since 1998 and for the Nasdaq since 1991. Even if you allow for some poor performing commodity stocks, it’s a dismal comparison. Read together with the ratings agency downgrades, the price of the ANC’s one-party state mentality is absolutely clear. DM Photo: Supporters of African National Congress Youth League (ANCYL) chant slogans during an ANCYL rally in Limpopo province on 25 March 2012. Expelled ANCYL President Julius Malema upped the stakes on Sunday, saying he would challenge a decision to suspend him from the ruling African National Congress in court. The ANC decided to expel Malema, the leader of its youth wing, for violating party rules, causing rifts in the group and bringing the movement into disrepute. REUTERS/Siphiwe Sibeko.