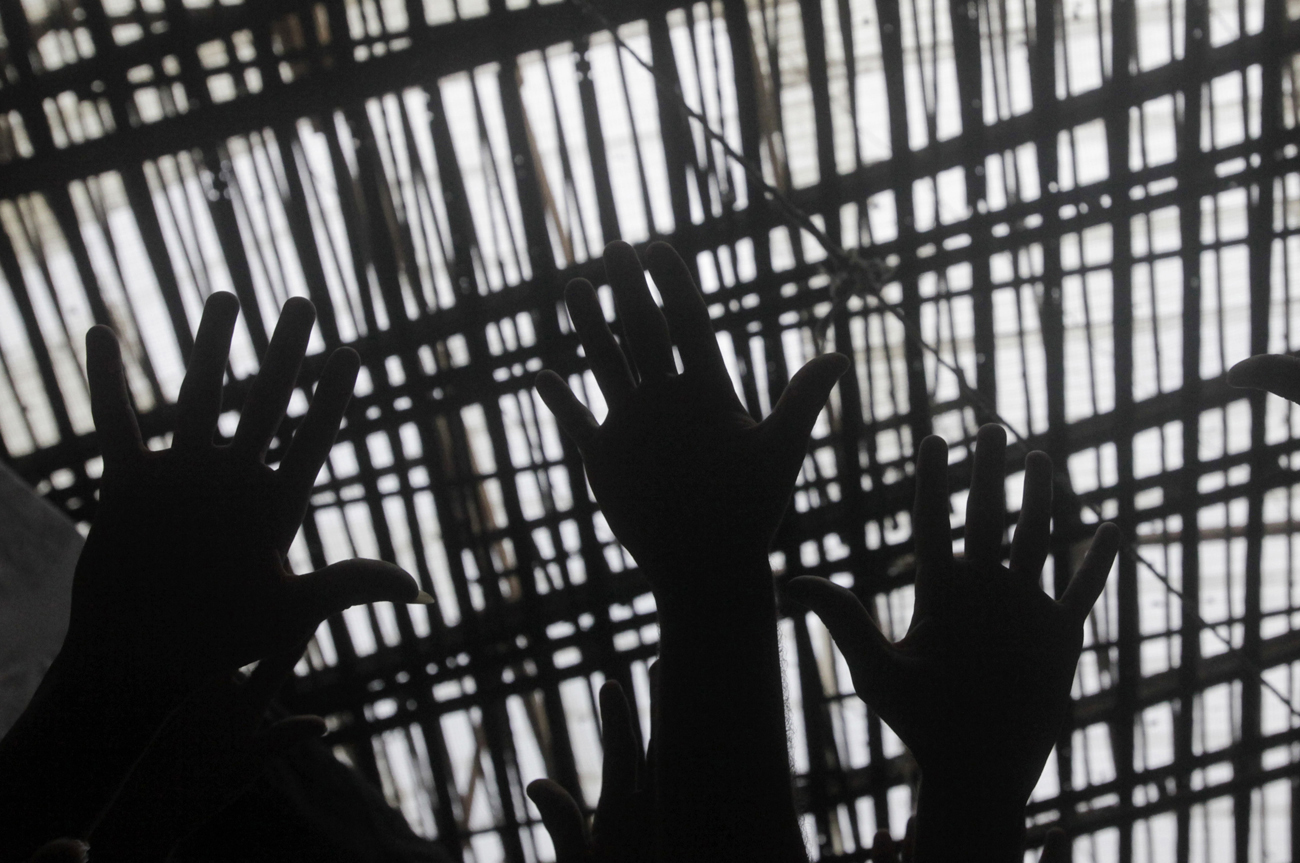 All hell broke loose in Eastern Cape's St Albans prison in 2005, after a warder who was a cousin of former Safety and Security Minister Charles Nqakula was stabbed and killed. What followed was a month-long episode of sustained torture on inmates that was ignored by Correctional Services. Until now. By MANDY DE WAAL.

(Editor’s note: Our thanks to Carte Blanche for bringing Daily Maverick this story, and for their collaboration on this piece.)

Bradley McCallum knew trouble was coming. Big trouble. The inmate knew the murder of a well-loved warder at St Alban’s prison, about 30km from Port Elizabeth, would bring some kind of retribution in its wake. But he couldn’t have imagined how brutal things would become.

“A warder came, he kicked the door open, the bathroom door,” says McCallum. He said “Naaiers,  almal uit [Fuckers, everyone out]! Julle loop nie uit nie, julle hardloop uit (You don’t walk out, you run)!” We thought maybe this man is making a joke, maybe because everything is just calm, after that thing happened in the other section,” McCallum tells Carte Blanche.

But the warder who was stabbed and killed in the dining room was Babini Nqakula, a cousin of former Safety and Security Minister Charles Nqakula. As the prisoners were herded out, the wiry-framed McCallum made the mistake of asking what was wrong.

He was hit repeatedly, then grabbed and kicked to the floor. As he fell another blow came, this time aimed for his mouth. “I had all my teeth in my mouth. So as I bumped on my chin he kicked me, and I fell like this on my whole chin like this, on the concrete cell, and I feel how all my teeth are moving backwards, here in my mouth,” McCallum says.

“There was big, like, old men also in the cells. They didn’t care, the people. They [had] just beaten us, run on top of us, like a mat, we were laying like a mat now,” McCallum says, before explaining that the inmates had been forced to lie face down, with their heads between other prisoner’s buttocks. “You just lay like this, with my face there between the other prisoner’s… bums. You can’t see. If you turn your face, you get kicked in your face,” says 32-year-old McCallum.

“Afterwards, as we lay on the floor, we didn’t expect nothing to happen. You just think that this thing they can finish. But they took a baton, and they stick it in my anus, looking for a knife,” he says, describing how the inmates were assaulted by male warders as female warders watched and taunted the prisoners.

The inmates didn’t get medical attention for their wounds for a month after the incident and used whatever they could find, like ash and toilet paper, to try to “treat”’ themselves. They were also not allowed to get tested for HIV or other communicable diseases. All their basic privileges were taken away and they were denied legal recourse.

However, McCallum and 230 other inmates managed to find a hero in the form of Egon Oswald, a human rights lawyer who operates as a one-man band from PE. Oswald is suing the Minister of Correctional services for damages on behalf of the prisoners in what The Saturday Star says could be one of the biggest damages claims yet served against the Department of Correctional Services.

“There was a stream of complaints that came my way. It sort of started off as a trickle, and we thought that this was maybe an urban legend,” Oswald tells Carte Blanche. “I didn’t really think it could happen… not in our country, not in Port Elizabeth. But when a flood of complaints started to come through … and from the warders I started to get all this anecdotal information, I realised that something had seriously gone awry there,” he says.

“After I spoke to the first guy [prisoner] already, and it was sincere, it was clear to me that he wasn’t fabricating the story. Of course, once I got corroboration from various different sources as to what happened and as time’s gone by warders have anecdotally told me in any event that they know that it happened. So it happened, there’s no doubt about that,” says McCallum.

The United Nations Human Rights Committee was also convinced and after Oswald took the case to Geneva, in 2010 he won the case. Not that this mattered to the South African government, which responded to the ruling by largely ignoring it and repeatedly refusing to respond to UN requests.

The Geneva victory comes after Oswald tried numerous local avenues of recourse to get legal remedies for McCallum and his fellow inmates, but received no reaction from government.

“Every one of these guys suffered injuries. They had bruises, blunt-force contusions, dog-bites, broken limbs; they’d been electrocuted and were psychologically traumatised,” Oswald told The Saturday Star.

The Geneva ruling didn’t capture much local media attention, despite the veracity of the violence used against the inmates. However, correctional services have now started taking the matter more seriously, following Oswald’s relentless fight, and once the likes of The Saturday Star, media in PE and Carte Blanche reported on the matter.

Correctional services deputy commissioner Zacharia Modise told Carte Blanche that four officials have been charged in relation to the matter. However, everyone else has been let off “scott free” because they resigned and are no longer part of the system. “Correctional services is taking action against the officials that have been figured out as those [who] were perpetrators in that incident, and the officials that had allegations against them and assaulted those offenders,” Modise said.

He didn’t miss an opportunity to say how well local prisons are run, though. “In South African correctional centres we do not allow for any torture. What we allow, however, is when offenders are out of hand we use a force within the confines of the law. We then forcefully put offenders into their cells. In the event that they get injured, they must get medical treatment and even if they want to lay charges they must [be] allocated that opportunity. But torture in our prisons, no, we don’t use torture.” Photo: The torture in an Eastern Cape prison is being addressed. At last. REUTERS.