Why Africa's biggest football club will give up the bea... 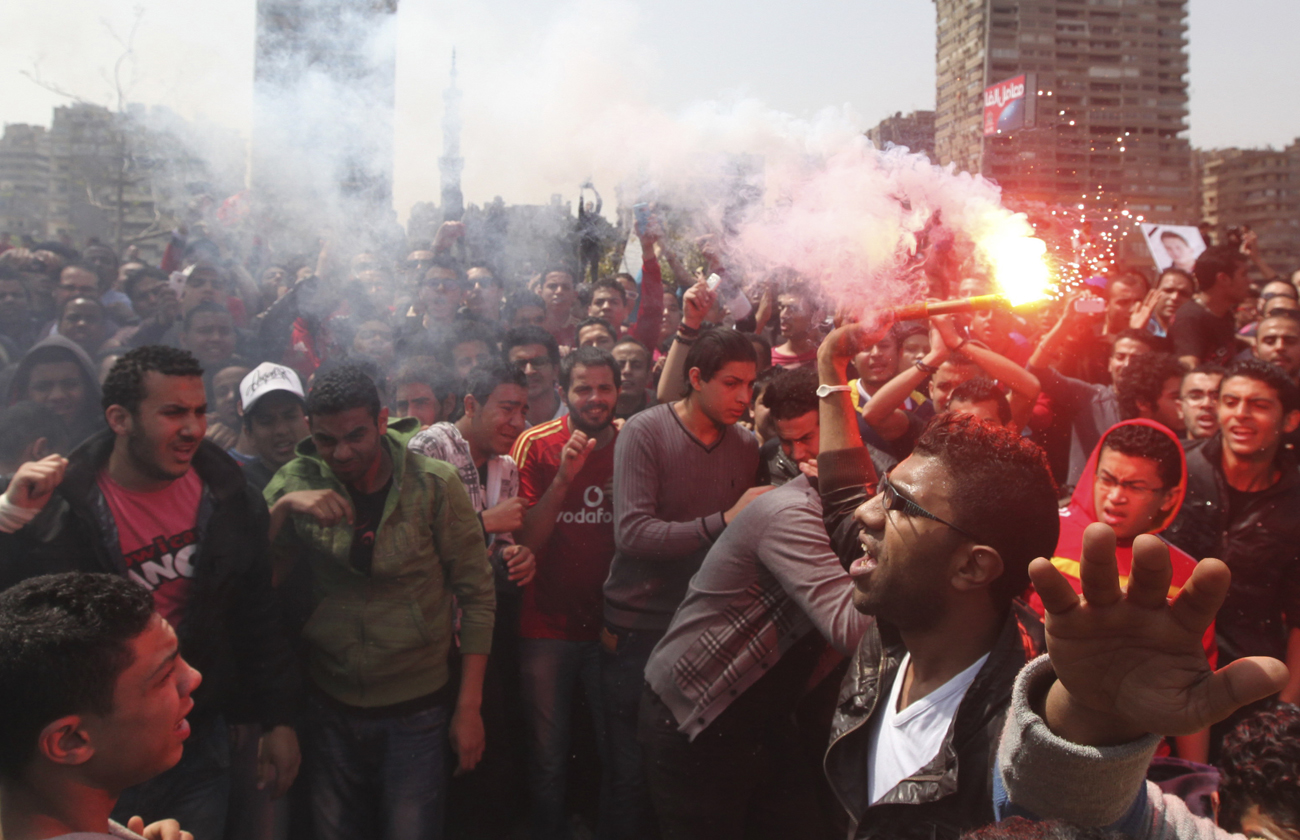 You might think this story is about football. It has all the right ingredients: players, teams, stadiums and associations. But this is not a football story. This is the story of a revolution, and what happens after a revolution. It’s Egypt’s story, and it’s grim reading. Something must be deeply wrong for Africa’s biggest club to want to stop playing football. By SIMON ALLISON

There was a strange inevitability about Al Ahly’s announcement that they would be withdrawing from all competitions held under the aegis of the Egyptians Football Association (EFA). The club and its supporters are bitterly, violently angry, and with reason: scores of their number were killed in the worst incident of violence inside a stadium since Roman gladiators massacred slaves in arenas. Seventy-four people died following a match between Cairo’s Al Ahly and Port Said’s Al Masry, at the stadium in Port Said. The circumstances of the violence are still murky, but there is plenty of cause for suspicion – exit gates that weren’t opened, the ease with which Masry fans were able to get on the pitch and then at the Ahly fans, the security forces standing by and watching it all happen. It was a massacre, and Ahly want the perpetrators punished, starting with the most obvious culprits: Al Masry club and its administration.
So when the EFA announced its punishment last Friday, Al Ahly was not happy. Al Masry received a two-season suspension and a three-season stadium closure, which is effectively one and two seasons respectively given that this year’s cancelled league is included in the count. Al Ahly too received a rap on the knuckles with a four-match ban and fines for some of its management.

This was not the kind of punishment Al Ahly had in mind. “We are devastated – and really furious,” board member Khaled Mortagy said. “We believe this has nothing to do with justice.” They wanted a much harsher penalty – a five-year ban, and relegation to Egypt’s lowest division.

Mortagy is right, of course; this has nothing to do with justice. Football in Egypt has always been politicised, for years the only outlet for any kind of opposition to Hosni Mubarak’s regime. Men who couldn’t join political parties or vote against the regime in free elections took their pent-up anger and frustration onto the terraces, hurling abuse at the policeman who were used as proxies for the regime itself. And Mubarak is thought to have tacitly permitted this, knowing that an oppressed society needs some kind of pressure valve or it might just explode in his face. Which it did eventually, of course, and when it did the football fans were in the frontlines, fighting hard with the police and Mubarak’s hired thugs in Tahrir Square. Ahly fans, together with those from hated rivals Zamalek, led the charge.

But in the aftermath of the revolution, the people who had inherited Mubarak’s state – the interim military government – couldn’t allow this open defiance of authority to go unchecked. Or so the theory, believed passionately by Ahly fans and most of Egypt’s activist movement, goes. What better way to punish them and to discredit football and its fans than to unleash Al Masry’s fans on the Ahly support. They wouldn’t have needed much prompting given the long-standing rivalry between the two clubs – lax security at the ground, an “accidentally” locked exit and a few unidentified thugs to do a little stirring would do the trick nicely. If that was the ploy, it worked better than anyone could have anticipated.

And then in the aftermath, it’s that same military government that gets to dispense justice. In the criminal proceedings, it seems no coincidence Al Masry fans were being charged with murder while the policemen present were getting off with negligence. And as for the football association itself, its board is now entirely staffed by military government appointees after the previous board was forced to resign. Whether this is even legal under Fifa rules, which forbid government involvement in the activity of football authorities, remains to be seen.

So, faced with this unsatisfactory justice, with little or no chance of redress, Al Ahly has gone for the nuclear option. Mindful of their position as the biggest and most successful club, not just in Egypt but in the whole of Africa, their board announced on Wednesday that they would be withdrawing from all Egyptian competitions. Take a second to appreciate the magnitude of this decision. It’s like Manchester United quitting the Premier League, or Kaizer Chiefs refusing to play in South Africa any longer. And it’s not as if they can go play anywhere else – the football world just doesn’t work like that. And without domestic football, they can’t play any continental football. So that’s it: this is the end of one of the world’s greatest football clubs.

Unless, of course, their demands are met. Specifically, they want the board of the EFA replaced and they want Al Masry’s punishment reviewed and aggravated.

This presents Egypt’s military government with a headache of mighty proportions. They’re already facing riots in Port Said by Al Masry fans who think the sentence is too harsh, riots which killed a 13-year-old boy. These will only get worse if the sentence is made harsher. But Egyptian football without Al Ahly is simply unthinkable; it forms an integral part of the cultural fabric of Egyptian life. Doubtless more than a few members of the military council are Ahly fans themselves, if not the hardcore ultras that fought Mubarak.

Even more concerning for the military, however, is Ahly’s willingness to remove itself from the state completely. The revolution has given Egyptians a taste for taking power into their own hands and what better way for a football club to do that than to simply refuse to participate in state-organised activity?

This is one of the greatest dangers of a revolution. Power is deceptively easy to displace, but deceptively hard to replace. And it is not always easy for a country to stay together in that power vacuum. Look at Libya. It barely functions as a unified country any more, the transitional government is fighting battles in the south to maintain control and a movement pushing for autonomy in the east – where the oil is – is gaining popularity by the day. In other words, everyone is trying to look after themselves, because the state can’t, meaning that suddenly identity and loyalty becomes regional rather than national.

A similar process is happening in Egypt, of which Al Ahly’s withdrawal is the highest-profile example – this time, people retreating into their football identities rather than geographic or tribal affiliations. It’s happening in parliament too, with liberal parliamentarians walking out of sessions and boycotting constitution-drafting panels because they are considered too Islamist, even though Islamists were elected as a large majority in parliament.

Slowly the Egyptian state is fragmenting under the weight of all the different expectations placed upon it. The decision of Al Ahly football club to stop playing football is truly not about football at all. It’s about right and wrong, life and death, justice and peace. Let the games begin. DM

Photo: Al Ahli soccer fans take part in a protest to express their dissatisfaction over sanctions against the Port Said club al-Masry, in front of the The Egyptian Football Association (EFA) in Cairo on 25 March 2012. The Egyptian Football Association (EFA) banned the club, al-Masry, for two seasons on Friday for a pitch invasion during a game against Al Ahli that killed 74 fans last month, the most deadly incident since the protests that toppled President Hosni Mubarak last year. REUTERS/Amr Abdallah Dalsh.