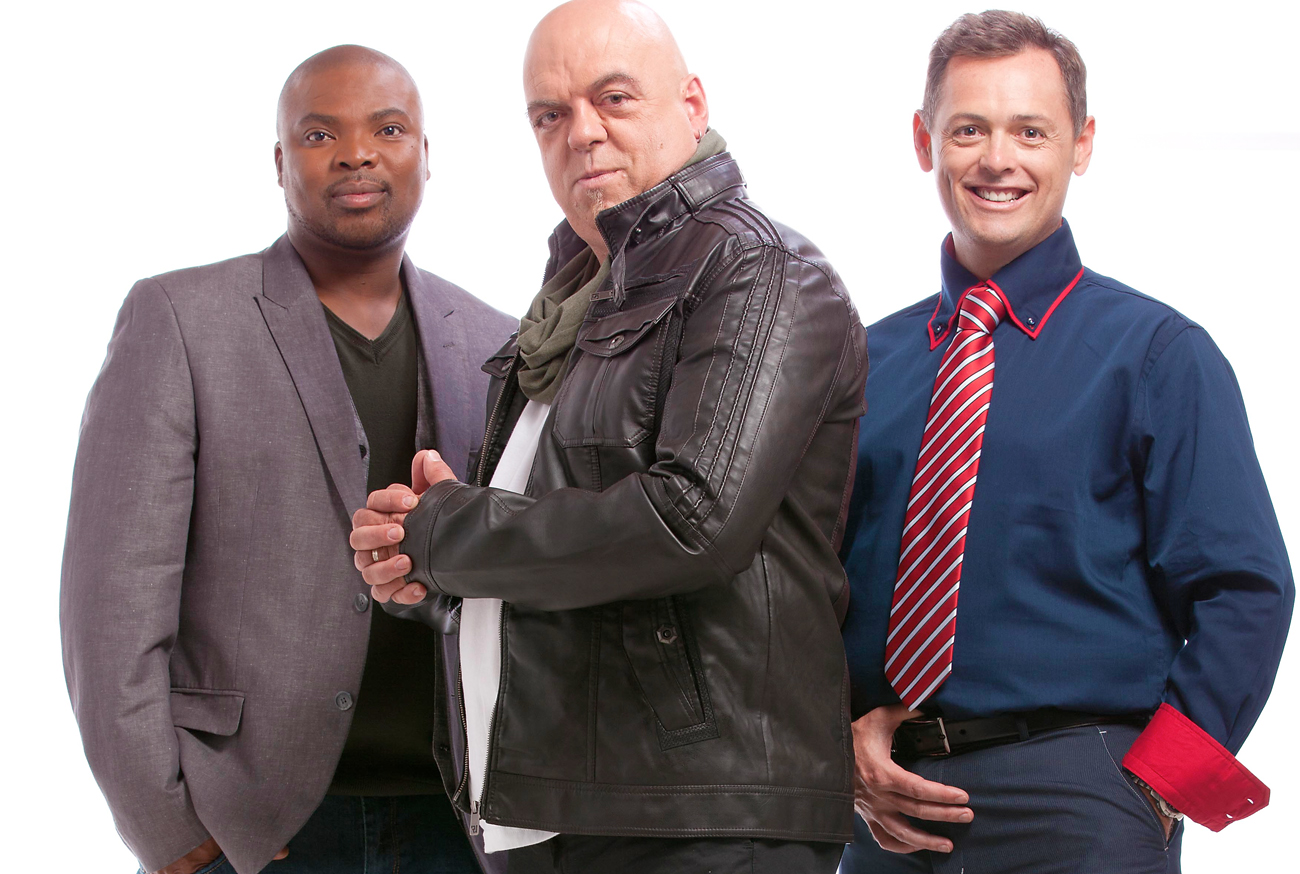 The TV programme you can expect to hear everyone talking about for the next few months is the inaugural series of Masterchef SA. REBECCA DAVIS spoke to director Donald Clarke.

If you’re not watching Masterchef SA yet, you’d better start soon. We’re two episodes into the 18-part series, which means many weeks of conversations you’ll be excluded from if you don’t jump on the bandwagon now. South Africans with access to satellite TV will already be familiar with the international franchise, which has been going for 22 years. Masterchef USA, UK and Australia are the shows which have received most global attention, but countries all over the world now have their own versions, from Israel to Malaysia.

Now it’s South Africa’s turn. MNet’s channel head Pierre Cloete spent time scouring the markets around the world for the channel’s next big thing, and came back convinced that Masterchef was the answer, based on its phenomenal success in Australia. Director Donald Clarke says the channel took some convincing, since a cooking show in prime time has never previously been attempted on South African TV. But Cloete was persuasive enough to get his way, and Masterchef SA’s first episode aired a fortnight ago.

The show’s premise is simple: to find the best amateur cook in South Africa. The “amateur” part is important – individuals are not permitted to enter if they have any kind of professional relationship with cooking. Each week, contestants battle it out against each other to produce the most delicious and interesting dishes, often only using limited ingredients, under time pressure and sometimes in competition with professional chefs. For the cook who prevails, however, the rewards are worthwhile: the largest prize ever awarded on a South African reality show, with a total value of R8-million, and the coveted position of head chef at Montecasino’s MondoVino restaurant.

The task of judging who will be the winner falls to three prominent South African chefs: Benny Masekwameng, who previously held the post at MondoVino, Andrew Atkinson, who is the executive chef at Piccolo Moda at The Michaelangelo in Sandton, and Peter Goffe-Wood, previously food editor at GQ Magazine and now owner of the Kitchen Cowboys Cooking School in Cape Town.

It’s fair to say that South Africa doesn’t yet have a culture of celebrity chefs in the model of the UK’s Gordon Ramsay or Jamie Oliver. As far as household names go in this country, Ina Paarman and Reuben are about as far as we go – the former largely on the basis of her product range and the latter due to his TV advertisements for Robertson’s spices. As such, it’s unsurprising that some of the judge’s names may not be familiar. Clarke explains the process of selecting the chefs who would judge was a rigorous one.

“We made a list of the top 200 chefs in the country and worked our way through it,” he says. “We were looking for a range of things, from their palates to how well they worked on screen and the compatibility between different individuals. Then it also came down to their schedules – Reuben, for instance, was too busy.” The show will undoubtedly raise the profiles of Masekwameng, Atkinson and Goffe-Wood, but Clarke has bigger ambitions. He hopes the show will “turn food into rock ’n roll”, and give the audience an education along the way.

Masterchef SA, Clarke says, will be quite different from any other country’s version. “There’s no real set format to the show, only ingredients that you make your own dish out of,” he explains, before apologising for the cooking metaphor. “We’re at pains to make this an authentically South African show, and to take ordinary people and place them on a pedestal.” For this reason, the show’s producers deliberately chose not to select the kind of wacky, zany, oddball contestants one often finds on competitive reality TV shows. “We wanted characters who remind them of people they know, their families, their co-workers,” Clarke says.

Their biggest challenge is likely to be the South African audience’s “self-loathing for South African products,” he believes. Some of this was already evident in social media responses to the show’s first two episodes, with viewers either complaining that the show was too similar to the overseas versions, or just inferior. “It’s tough re-versioning an overseas show for a local audience,” he admits.

But if anyone is suited to the challenge, it’s Clarke, who is an old hand at the business of reality TV. He previously directed the likes of Fear Factor India, Big Brother Nigeria and Survivor South Africa. Which has been his favourite?

“Actually I’d have to say Masterchef SA,” he responds. “It represents a kind of evolution from really competitive reality shows, with their antagonism and dependence on interpersonal relationships. Masterchef has a much warmer tone – more friendly and feel-good.” He believes South African audiences are likely to warm to this aspect of the show. “When you put South Africans in a competitive environment, they tend to bond immediately. Which is kind of nauseating when you’re a director looking for drama,” he laughs. What sets Masterchef aside, Clarke maintains, is that its goal is not humiliation of the contestants, but celebration.

There are many people who maintain that reality TV is inherently exploitative, placing people under highly stressful conditions in the hope of a blowout. What’s his response? Clarke pauses. “It’s true,” he says eventually. “Reality TV is about creating a context for drama. You cast people and you put them on a collision course in terms of action.” But, he maintains, a responsible producer will be aware of this element and manage it carefully. He gives an example from the filming of Masterchef SA, where he says his production team sat down with a contestant who was taking extreme strain to determine whether it was their wish to continue with the filming. “This is someone’s life,” he says. “We’re not going to play with it.”

From the advent of reality TV, there have been constant complaints that what is presented as “real” is actually far from it: that situations are manipulated, lines given and rehearsed, and conditions onscreen far from representative of the reality off-screen. How much of reality TV is actually real?

“All of it,” Clarke laughs, not altogether convincingly. He admits that they stage elements of reality shows like Survivor in terms of entrances and exits and contestants’ positioning. But he is adamant that “nothing we do affects the outcome of the competition, or we lose our credibility”. The interesting thing about the process, Clarke says, is that by the end of a series’ filming, contestants have become similar to amateur actors: they are so accustomed to playing to the camera they do it instinctively, speaking in full sentences, knowing where to turn to grab the camera’s most flattering angle, and so forth. “Psychologically, the context does affect them,” Clarke says. “Shows like Survivor are essentially a social experiment.”

Are there any types of reality TV shows he would refuse to direct? Clarke considers the question. “Anything with children,” he settles on, “and anything which is essentially damaging.” In the episodes of Masterchef SA we’ve seen so far, the most harmful fate to befall contestants has been ending up with egg on their face (literally) from not having beaten egg-yolks stiffly enough. No damage here, it seems. Just a lot of intense chopping. DM