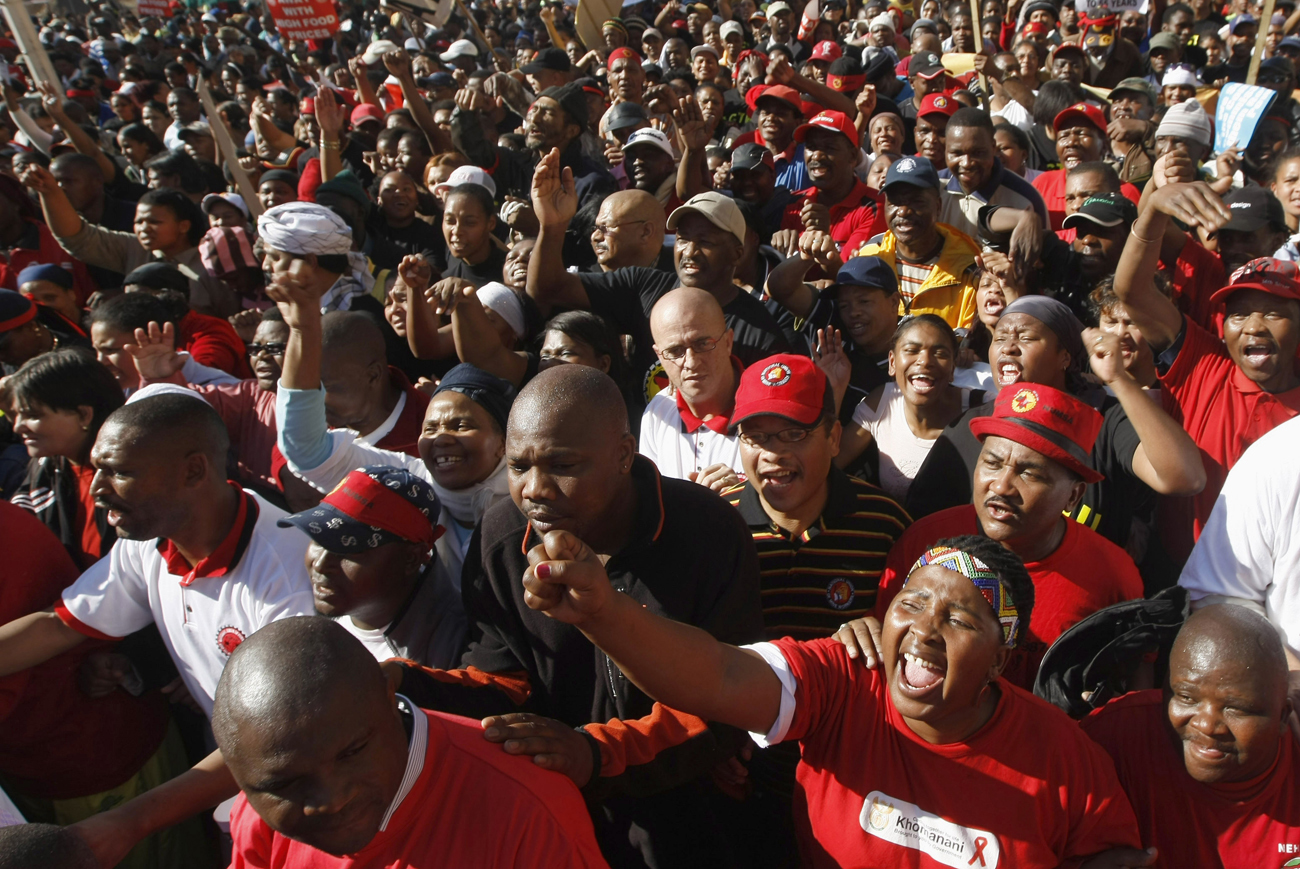 Dear (Cde) Mr Vavi, we are not normally in favour of open letters masquerading as editorial pieces. Most of them are terribly self-indulgent, sanctimonious and preachy. It is true that we are writing this letter, at least in part, to complain about Cosatu and some of its affiliate members. The primary motivator for addressing you, however, is your comments at the ad hoc committee on the Protection of State Information Bill on Thursday. By PAUL BERKOWITZ. (This letter accurately represents Daily Maverick editorial position)

You did not mince your words in your condemnation of the bill in its present form. You warned it would take the country back to a dangerous time. You emphasised your commitment to our Constitution and stated the bill was unconstitutional. You said the bill would restrict our freedoms.

The truth is, under your stewardship, Cosatu has been the country’s moral compass for many important issues. Its members refused to have anything to do with a shipment of weapons and ammunition to Zimbabwe. It actively marched with the people of Swaziland against the bail-out of King Mswati III through the connivance of the ANC-led government. You’ve championed the birth of Corruption Watch and emphasised the need for power and resources to flow to the people to strengthen democracy.

It takes great principle to actively stand up and be counted on these important issues. Balls too, but mainly principle. Under your charge, when it’s been at its best, Cosatu has been the one South African political movement that has championed democracy and freedom. You have fought for the rights of others as a modern, global citizen. You’ve made us very proud to be South African.

It means that when we disagree with you (and we’re going to list many of our grievances and concerns) we’d like it to come across as the advice of a friend or at least a concerned neighbour, rather than a bunch of whiny privileged liberals. Much of your economic and social belief system is diametrically opposed to ours, but we can find each other through our mutual love for democracy and freedom.

The problem is that Cosatu’s good deeds are threatening to be lost with the bad ones in the wash, and your support for freedom will mean little to people if the actions of your members make them less free. Your  great efforts of solidarity with fellow workers in other countries will ring very hollow if the freedoms of the working-class trump those of all other South African citizens.

Firstly, we unreservedly respect the right to strike. The problem is that Cosatu’s members have abused this right to such an extent that ordinary citizens believe it should be curtailed. South African strike legislation is very generous to employees by international standards, and yet strike season in South Africa has become synonymous with violence and destruction of property.

It is true that we are a violent society and not all industrial action in South Africa is associated with violence and vandalism. Enough of your strikes are marred by these things for the public opinion of Cosatu to be eroded. The average South African doesn’t care as much about the freedoms of our neighbours as she does about footage on the evening news of dustbins overturned and windows smashed. The stock statement from Cosatu representatives condemning the violence, but doing nothing to stop it does absolutely nothing to rehabilitate Cosatu’s image.

Secondly, your approach to labour relations in particular and social policy in general is antiquated and risks trapping you in the past while the country and the world move on. Your approach to industrial action and industrial relations is antagonistic and unyielding. Sure, it takes two to tango and big business in South Africa is no saint. But once again, the perception is growing that you’d rather fight than compromise. There are even examples of Cosatu affiliates striking for all of the wrong reasons and doing so in very poor faith.

The rest of the world has moved on. There are many success stories of unions, business and government working together in European countries to create jobs and grow the economy. Unions and business there see each other as potential partners that may disagree some of the time – rather than as class enemies who must be opposed at every opportunity.

Thirdly and lastly, Cosatu has become a victim of its own success, and in turn so has the rest of the country. The growth in unionisation has taken you from the principled days of the mid-80s to a movement bloated with opportunists and professional unionists, rather than unionised professionals. The emphasis on solidarity over performance (and in some cases even ability) has led to poor outcomes and sinecure for some members who are, to put it plainly, criminal and useless.

The centre of gravity is with the public sector unions now, particularly Sadtu, which has managed to convince the rest of government to fund its employment expansion drive at twice the rate of inflation in some years, but without the proportionate increase in output or social benefit.

There’s an upper limit to how much of the budget can be spent on public sector wages, and that limit is being approached very fast. Growth in the private sector is ultimately limited because many of the policies you’ve fought tooth-and-nail for are anti-small business, which means they’re anti-employment. They’re also anti-youth employment.

You are locked in an ugly tango with big business that is to the detriment of small business and new business. Which means that there will be fewer new jobs, which ultimately means fewer new members for you. You’re losing a whole generation of potential members who will not be happy with the dry bones of doctrine (to quote Anthony Burgess) when they are hungry for meat.

While Sadtu holds the education of an entire province to ransom, the gap is being filled by small and big businesses and the broader community. Companies are donating iPads and entrepreneurs are creating businesses around rural e-learning, training materials and ICT solutions for education. There are private schools springing up around the country that are outperforming public schools on a fraction of the budget.

Poor people are not stupid and they prize a quality education for their children. If Sadtu cannot deliver on its mandate then the market will find a way – a market made up of South African citizens and companies that want the best for South African children.

Cosatu has been a shining light, but Cosatu has also been a political party whose members have become more equal than other animals. You, Mr Vavi, have been a champion of freedom and human rights and a great ambassador for all South Africans while your fellow workers have undermined our freedoms in practice. These paradoxes are untenable.

If Cosatu cannot change, it will become increasingly irrelevant to a greater share of South Africans. If it cannot lead by example, fewer South Africans will identify with it or care for its fortunes. If one day, hypothetically, it were to bump heads too hard with the ANC and the ANC were to turn the state machinery on it, it would find fewer sympathisers. Maybe even few mourners.

We will never see eye-to-eye with you on many issues but we would miss you if you ever went away. DM

Photo: Members of the Congress of South African Trade Unions (COSATU) march through the streets of Cape Town in protest against high food, fuel and electricity prices. REUTERS/Mike Hutchings.