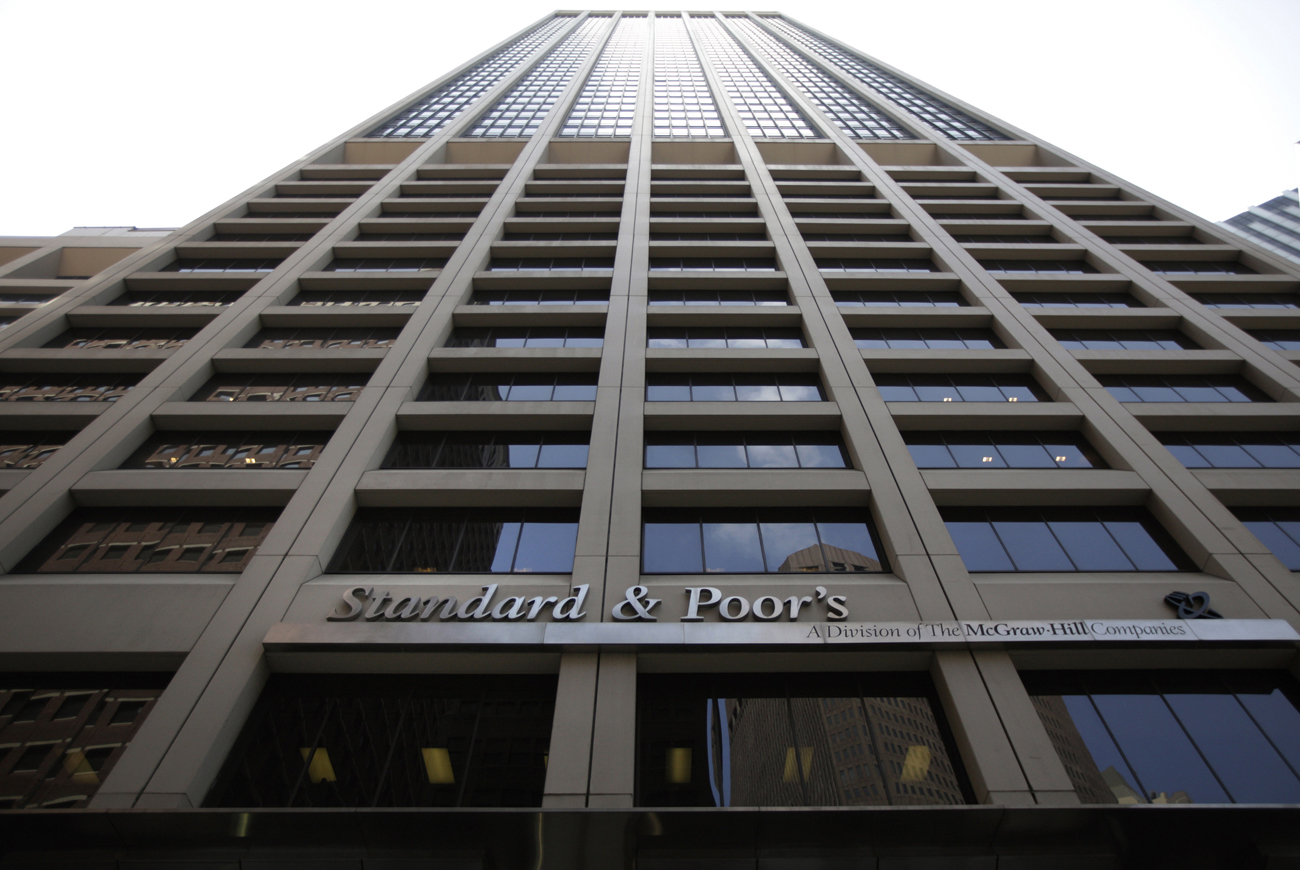 It seemed a strange moment to downgrade South Africa’s economic outlook from “stable” to “negative”, and critics have attacked Standard & Poor’s decision as the rand, JSE and government bonds took a hit following Wednesday’s announcement. By GREG NICOLSON.

It’s not easy to be optimistic about SA’s economic future. Just listen to some Internet commentators. But there have been some positive steps. Five weeks ago finance minister Pravin Gordhan addressed the pall of the public-wage bill and social services spending in his budget speech. Business confidence looks as if it might be on the rise and Reserve Bank governor Gill Marcus revised her 2012 growth forecast from 2.8% to 3%.

Credit rating agency Standard & Poor’s spoilt the party on Wednesday by taking SA’s economic outlook down a notch, from “stable” to “negative”. Not surprisingly, Cosatu spokesman Patrick Craven came out with guns blazing. “These warnings are completely unacceptable attempts by a foreign, unelected capitalist institution to try to dictate to a sovereign, democratic government what policies it should adopt.”

He has a point. Barely a year ago S&P lifted SA’s outlook from “negative” to “stable” and since then the economy has continued to display its resilience to the financially deformed countries in Europe. So what’s changed?

Politics, says S&P. “The negative outlook reflects the potential for a downgrade if economic and social problems feed into the political debate in the run-up to the 2014 national and provincial elections and, consequently, further put pressure on the policy framework. We consider that South Africa’s near-term political pressures have diminished since the ANC has put the leadership of its youth league, which advocated nationalisation of the country’s mining sector, through a disciplinary process,” but, “In the run-up to the 2014 elections, the ANC’s centrist wing may make gradual concessions to the more populist expectations from within and without the party,” S&P said.

Basically, S&P doesn’t think the ANC’s policy discussion documents will lead to any significant changes, but with unemployment and inequality still festering in the country like a limb-sized lesion, the party will be pressured to pass some dodgy policies in 2014.

Local respondents have been rather miffed. The treasury responded immediately. “Political debate and a vigorous exchange of ideas on policy options are part and parcel of a democratic dispensation. This cannot be construed as political instability.” Cosatu took issue with S&P’s rather logical questioning of whether the government can keep the public-sector wage increase to 5% in 2012. “Of particular concern is the reference to the level of public-sector wages, which is a matter to be decided by collective bargaining between government and the unions, and not by this self-appointed external agency,” said Craven.

“What right do these people have to try to try to instruct the ANC government or the delegates to the ANC policy and elective conference later this year what policies they should or should not adopt?” he continued. But ratings agencies exist to guide investors and, despite their flaws, they meet the demand of rating bonds and telling people when an asset is risky. The question is: Did S&P make the right decision?

Economists on a panel discussion on the outlook of the economy found the political questions surprising, but sympathised with S&P’s other reasoning. Chris Hart, chief economist at Investment Solutions, said politics has no effect on South African markets and looking at the data, you couldn’t determine which year features an election. “You will not see a ripple.” But he added that SA is recycling failed policies. “Trying to construct a developed market welfare state on a developing market tax base is not going to work.” Azar Jammine, chief economist at Econometrix, and Dawie Roodt, chief economist at the Efficient Group, both doubted whether the unions would swallow a 5% wage increase.

Which brings us back to S&P’s downgrade. It views the government’s targets for growth and debt-reduction as the right approach, but they’re dependent on a number of things going our way. If the global financial mess begins to bite, the public-sector wants more than a 5% wage increase, our skills shortage catches up with us, or, say, the unemployed demand more radical policies, the targets may be only a dream. Or so says S&P. DM