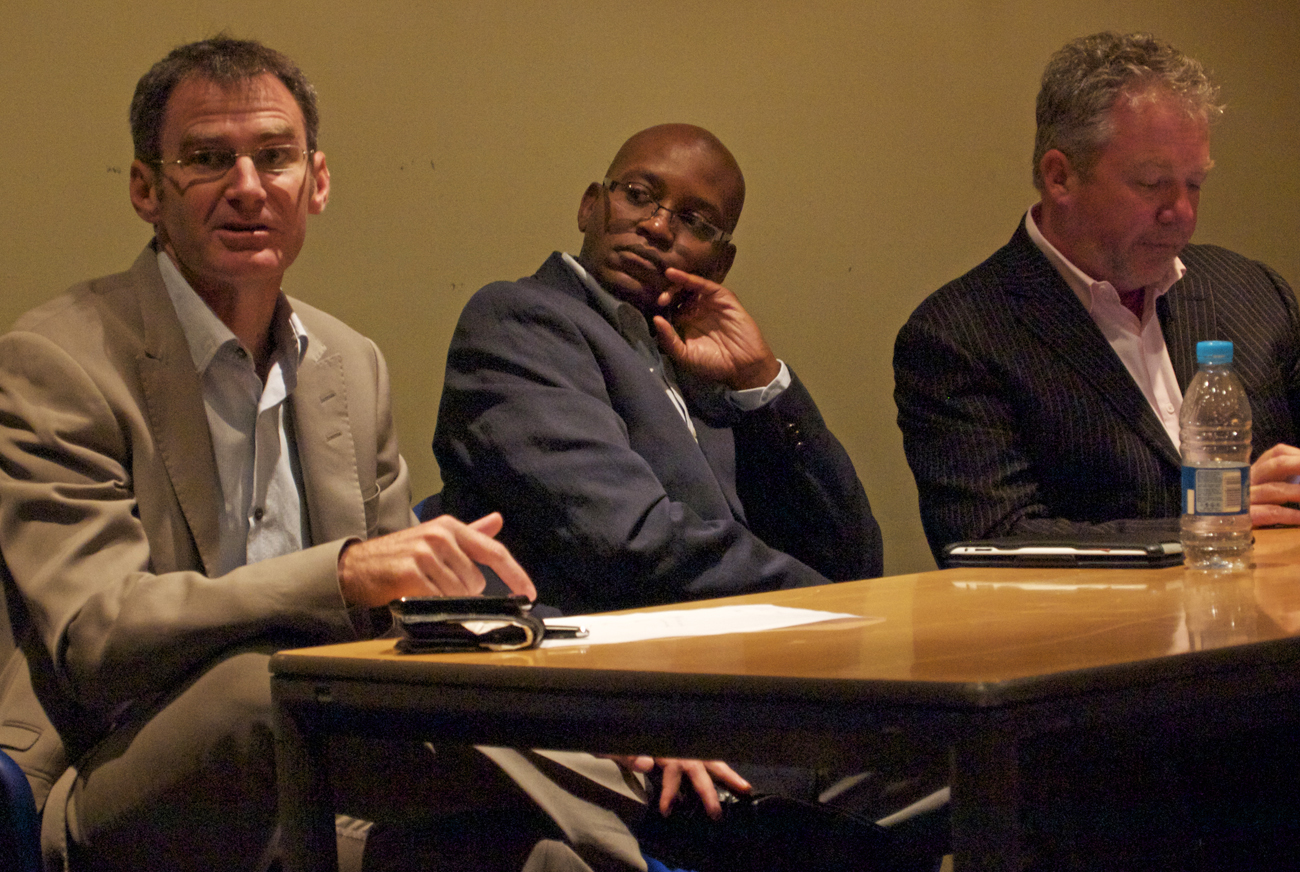 Editors and spin-doctors met on Wednesday to debate the ethical state of South African journalism. The panel and high profile audience were unanimous on one thing: we need a renewed focus on ethics in South African newsrooms. But just what’s the problem and how can we address it? By GREG NICOLSON.

Vick, whose PR firm Black has worked with the ANC and a number of parastatals, wrote of an integrity crisis in South African journalism, suggesting it needs statutory regulation if it can’t clean itself up. The former journalist and ANC’s underground activist, who moonlights as a Business Day and Daily Maverick columnist when he’s not a “reputation manager”, claims he’s edited journalists’ copy, featured under a fake byline, written a leader column and knows businessmen who say they’ve paid journalists for favourable coverage.

The statements sparked controversy in the media and a public denunciation from Mail & Guardian editor Nic Dawes. He initially welcomed the scrutiny but was outraged when the innuendo suggested the need for statutory regulation.

“Chris Vick has spent years delivering bullshit wrapped as bonbons on behalf of politicians, parastatals, and private companies. So it isn’t surprising that he has a well-developed sense for what people will swallow. Just about anything, it turns out,” wrote Dawes, who said the attacks must be seen in the context of the ANC’s plan to impose new regulations on the media and Vick’s ties to the party. “Vick cannot mount an argument based on any credible evidence to show that statutory press regulation improves media quality and ethics, so he injects a little ink into the water, and jets off to his next gig.”

Vick responded to Dawes through his column in Daily Maverick, after which the debate continued through various media platforms.

During Wednesday’s instalment, Haffajee said it’s cowardly of Vick to spread “skulduggery” suggesting the industry is corrupt without substantiating his claims. A debate ensued over whether he should name and shame those that bribe reporters, but Vick said he had approached the journalists’ editors with no result. Vick offered no evidence of bribery and said he wasn’t involved, but after the cat had been thrown amongst the pigeons most of the participants were willing to admit there are systemic ethical problems. Yet they questioned whether “brown-envelope and brown-bottle journalism” is as common as Vick suggests.

Paula Fray, a media trainer, said journalists should seek the truth, accuracy, independence and try to minimise harm, but too frequently “we don’t see ourselves as challenging the craft”. She called Vick’s examples “sensationalist” but said on a daily basis reporters don’t seek truth while they select stories, conduct interviews and interact with sources. They’re caught up in groupthink and their definition of the unethical depends on the industry standard, she said. Rather than bribery claims, the most common complaints received by the press ombudsman relate to unbalanced articles and those that don’t offer the right of reply.

Fikile-Ntsikelelo Moya, deputy editor of City Press, compared the media to the ANC and DA. When it’s accused of wrongdoing it trumpets past successes like the ANC, he said. “We cannot live on our historical glory instead of dealing with problems presented to us.” The media’s like the DA in that it thinks criticism only comes from those with an agenda: “We need to appreciate that many think media goes out to discredit black people,” he pointed out, noting the most important factor is the public’s perception of the media and a relationship of trust. He added young reporters often don’t understand why they shouldn’t accept “freebies”.

Vick, who escaped the morning without jeers from the plotting editors, said journalists are working on both sides of a story with obvious conflicts of interest. They’re writing press releases for companies or own public relations firms while reporting on the same issues. He advised young journalists to be weary of his ilk. “If you’re not discussing ethics, if you don’t have a code of conduct, if you don’t understand what people like me do, I can run rings around you.”

It became an exercise in media self-flagellation until one dissenting voice, the editor of Stuff magazine, Toby Shapshack, said he thinks South African journos are doing a pretty decent job.

With statutory regulations looming, participants were keen to suggest methods of promoting ethical behaviour before the ANC slams its fist on the table. One option is to conduct lifestyle audits on those journos earning a pittance but driving a BMW. Another is for them to declare their finances in detail. It was unanimous, however, there needs to be a discussion within newsrooms on the importance of ethics at every stage in the process of communicating news and information. Given the audience featured journalists, editors and communications professionals, Wednesday’s debate, which will move to other cities across the country, will probably be a good start. DM