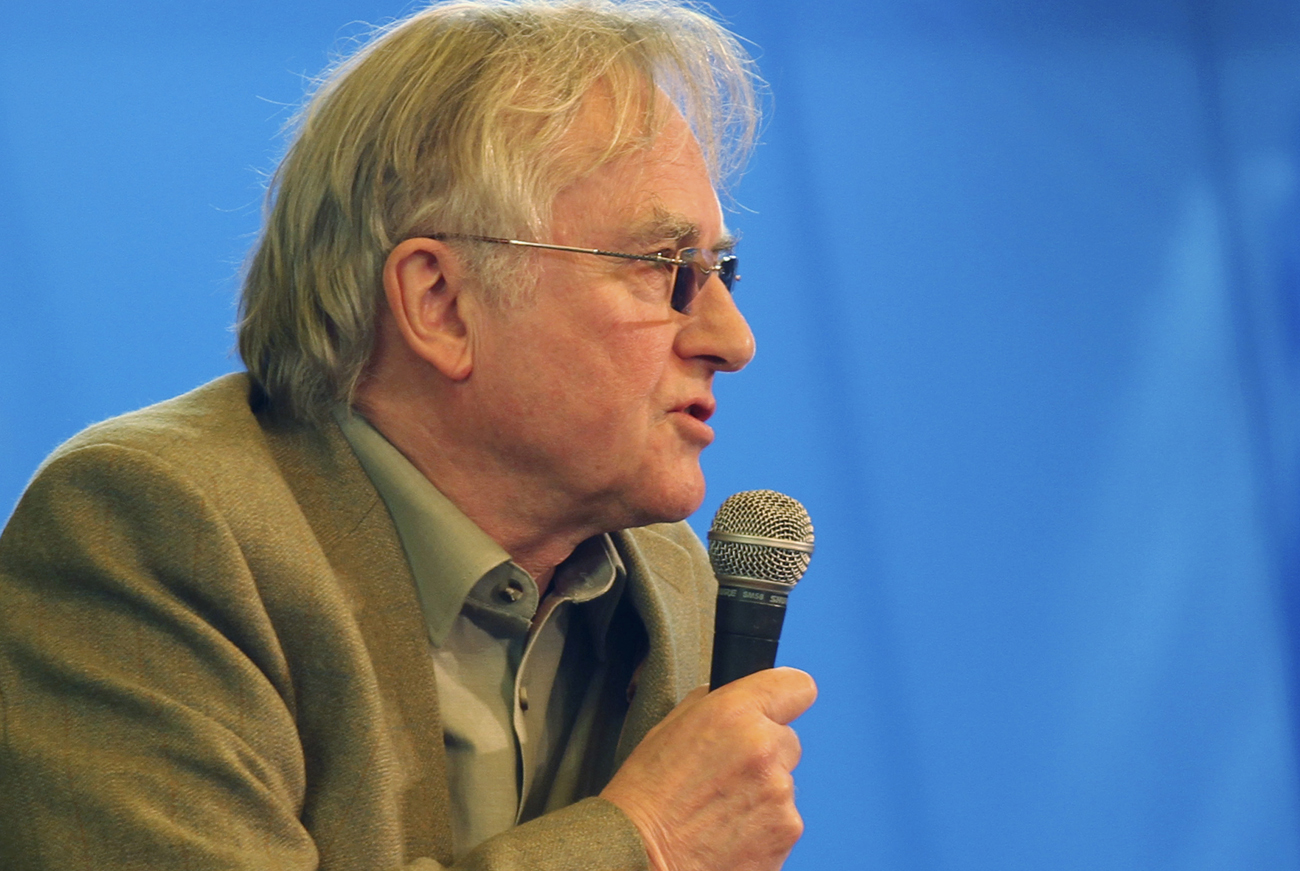 Are atheists losing their battle for public favour due to perceived arrogance? REBECCA DAVIS examines the latest episode in the unending culture wars between believers and non-believers.

Last weekend saw an estimated 30,000 people attend a Reason Rally in Washington, DC, the equivalent of a mammoth church picnic for atheists. The event had been billed as the largest gathering of the secular community ever with people travelling from all over America and even abroad. The event, dubbed “the atheists’ Woodstock”, was held “to unify, energise and embolden secular people nationwide, while dispelling the negative opinions held by so much of American society”, according to its official website.

The rally in part had the spirit of a gay pride event, encouraging atheists to “come out” to family and friends as non-believers to destigmatise atheism. To this end some carried placards with slogans like “Hi Mom! I’m an atheist!”. This explicit harnessing of the rhetoric of the gay rights movement is in itself open to question. Can the “revelation” that one is an atheist, even in conservative small-town America, really be comparable to the social opprobrium one might face for coming out as gay in that context? Nonetheless, this is not one of the reasons the rally sparked controversy.

The speakers’ lineup for the event was a who’s-who of writers, scientists, academics, comedians and musicians: Richard Dawkins, Eddie Izzard, Tim Minchin and TV host Bill Maher were there.  Another was Nate Phelps, an atheist author and gay rights advocate who happens to be the son of Pastor Fred Phelps, best known for leading the Westboro Baptist Church. They are the crew who picket the funerals of US soldiers with placards displaying their belief that these deaths represent the revenge of God for the USA’s tolerance of homosexuality. Predictably, the Westboro Baptist Church picketed the rally, but reportedly from a safe distance, perhaps wary of incurring further public criticism from their estranged son.

Richard Dawkins was the main drawcard and his arrival was reportedly greeted with big cheers despite the fact that he only appeared five hours into the event. Dawkins seems to be increasingly neglecting his career as an evolutionary biologist in favour of becoming a rockstar atheist, doing for atheism what Bob Geldof did for African hunger. This weekend he will address another atheism festival in the USA, “Rock Beyond Belief”, reportedly the first major atheist event on a US military base and the brainchild of Sergeant Justin Griffith of Fort Bragg, North Carolina, who was angered by the army’s hosting of evangelical Christian festivals where it was claimed that hundreds of soldiers were converted to God.

Dawkins’ address attracted most media attention. Reports afterwards claimed he had called on the crowd to ridicule religion and religious people, though his supporters dismissed these allegations as distortions of the Christian media. One blogger wrote: “It seems that religiously biased media sources are jumping all over some of his quotes and twisting them into a vile display of spite. Talk about creating a ‘holy war’ where there isn’t one to be had in this context.”

But if you watch the video clip of Dawkins’s 16-minute address to the crowd, it appears he did indeed say exactly what he is accused of. Initially he takes a more temperate line, saying: “I am often accused of expressing contempt for religious people. I don’t despise religious people. I despise what they stand for.” He proceeds to quote British journalist Johann Hari (who incidentally last year left his post at The Independent under a cloud of controversy after having been found to have plagiarised details in his articles for years): “I have so much respect for you, that I cannot respect your ridiculous ideas”.

But then Dawkins ratchets up the polemic. “When I first meet someone who claims to be religious, my first impulse is: I don’t believe you, until you tell me, do you really believe – for example if they say they’re Catholic – that when a priest blesses a wafer, it turns into the body of Christ?” he tells the crowd. “Are you seriously telling me that you believe that? Are you seriously saying that wine turns into blood? Mock them! Ridicule them! In public!” Religion contains specific claims about the world which need to be “ridiculed with contempt”, he goes on to say, to loud cheering.

This spirit of ridicule and contempt for religion was present in the crowd before Dawkins’ address. Photographs of the rally showed participants carrying placards saying “Not sure if Christian or just very stupid”, and “So many Christians, so few lions”. One man carried a large wooden cross with a ghoulish clown mask atop it. Another held a sign saying “Fuck this guy”, with an arrow, seemingly designed for the purpose of holding it next to a few Christian protesters at the rally.

Opinion on the rally has since been mixed. Writing for The Guardian, Sarah Posner applauded the initiative as vital in a country where only one member of congress is an open atheist (Californian Democrat Pete Stark), and where individuals who object to religious displays face open hostility. At the rally, a student called Jessica Ahlquist was introduced to the crowd as being the “Joan of Arc of secularism”. Ahlquist, 16, successfully sued her Rhode Island school earlier this year to have them remove a prayer banner from the wall of her high school auditorium – in turn, she received so many threats she had to have a police escort to school every day.

Nonetheless, there is little doubt that the ostensible aim of the rally – “dispelling the negative opinions held by so much of American society” – was undermined from a PR perspective by the arrogance and condescension of both Dawkins’s address and the participants’ placards. Washington Post blogger Carl Thomas wrote in response: “We have been repeatedly told by the secular left that it’s those crazy right-wing religious zealots who are intolerant of any ideas and expression, save their own. But the signs at the atheist rally told a different story.”

Author Robert Wright, whose book The Evolution of God traces the history of religious faith and ultimately calls for the reconciliation of religion and science, voiced similar concerns in The Atlantic, suggesting Dawkins’ approach was unproductive. If you are a conservative Christian considering whether evolution should be taught in schools and you hear Richard Dawkins call for ridicule of your religion, he asks, “mightn’t you sense a threat from Darwinism that you hadn’t sense before? Mightn’t you become, if anything, more fundamentalist (since fundamentalism is, among other things, a reaction against a perceived threat)?”

Considered against this backdrop, it was interesting to read in The New York Times last week a review by philosophy professor David Albert of the latest book by popular science writer Lawrence Krauss, A Universe from Nothing. Krauss sets out to prove that current cosmology demonstrates the universe did indeed arise out of nothing, rather than from the design of some cosmic creator. “Forget Jesus,” Krauss writes, “the stars died so you could be born”. The work is glowingly endorsed by Richard Dawkins, who writes in the afterword: “If On the Origin of Species was biology’s deadliest blow to supernaturalism, we may come to see A Universe From Nothing as the equivalent from cosmology. The title means exactly what it says. And what it says is devastating.”

Albert’s critique of the book is complex and deals with the origins of the laws of quantum mechanics, but his ultimate observation is that “the whole business of approaching the struggle with religion as if it were a card game, or a horse race, or some kind of battle of wits, just feels all wrong”. The last two sentences of his review, though wordy, may be worth quoting in full because they appear to sum up some people’s objections to the spirit of the current atheism movement:

“When I was growing up, where I was growing up, there was a critique of religion according to which religion was cruel, and a lie, and a mechanism of enslavement, and something full of loathing and contempt for everything essentially human. Maybe that was true and maybe it wasn’t, but it had to do with important things — it had to do, that is, with history, and with suffering, and with the hope of a better world — and it seems like a pity, and more than a pity, and worse than a pity, with all that in the back of one’s head, to think that all that gets offered to us now, by guys like these, in books like this, is the pale, small, silly, nerdy accusation that religion is, I don’t know, dumb.” DM