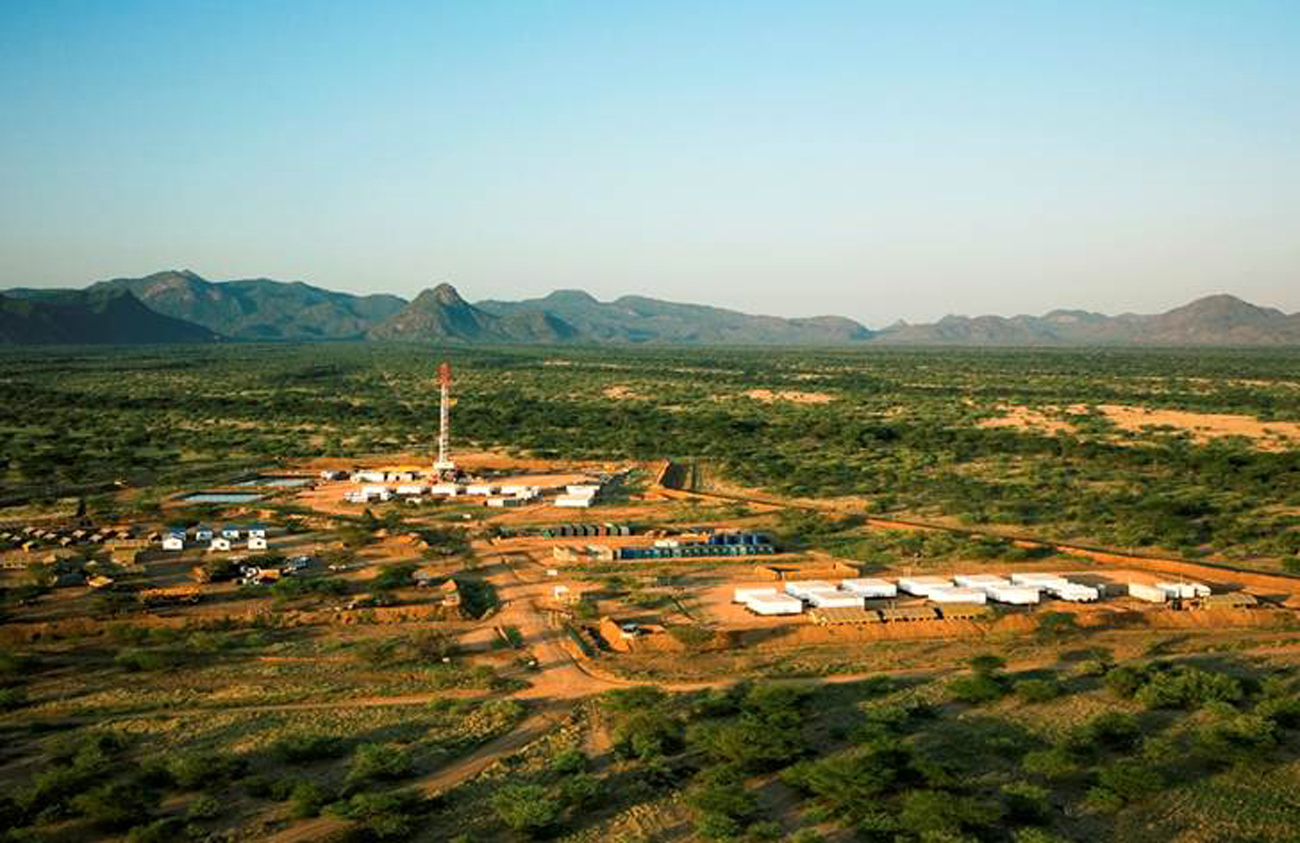 This is a big one: Kenya has found oil. Triumphantly waving little bottles of the stuff around, Kenyan government officials think they’ve hit the jackpot. Whether that’s true or not remains to be seen, but if the discovery is as big as everyone seems to think it is, then it will change Kenya and East Africa forever – only the direction remains to be seen. By SIMON ALLISON.

Ever since independence, Kenya has been looking wistfully around Africa at the vast natural resources which have blessed (or cursed) so many African countries. There was no gold in Kenya, no oil, no platinum or tanzanite or diamonds, and few other minerals. Plenty of tea and coffee, and a landscape and history with an inexorable pull on tourists, but none of these were huge, easy money-spinners. Despite (or perhaps because of) this, Kenya turned itself into one of the strongest economies in Africa, indisputably East Africa’s economic powerhouse.

And then on Monday, everything changed. President Mwai Kibaki interrupted a planned speech he was giving to make an important announcement to the nation. “This morning, I have been informed by the minister for energy that our country has made a major breakthrough in oil exploration.” The breakthrough was that Anglo-Irish firm, Tullow Oil, had discovered oil in its very first exploratory well drilled in Kenya’s Turkana region. “This is the first time Kenya has made such a discovery and it is very good news for our country,” said Kibaki.

Energy minister Kiraitu Murungi explained a little more. “The search was Tullow’s first exploration in Kenya after they had also discovered oil in Uganda. We invited them last year and they told us the rock structure in Turkana was similar to the one in Uganda. They have told us that oil deposit could be bigger than Uganda’s.” To give you some context, Uganda’s proven reserves currently stand at 1.1-billion barrels of oil, with an estimated 1.4-billion barrels still to find. Conservatively, that’s worth a cool $250-billion. To give you even more context, Kenya’s GDP is $36-billion, at the official exchange rate. In other words, we are talking about a lot of money – an industry-building, economy-revolutionising, country-defining amount of money.

But let’s not get ahead of ourselves. Kibaki and Murungi were both at pains to warn Kenyans this was a preliminary find, and that even in the best-case scenario oil production would only commence in three years’ time. But their attempts at caution were belied by the big grins on their faces, and the fact that they announced the discovery at all. Clearly, Kenya is confident, as are executives at Tullow Oil. The market is also excited. Tullow’s share price in London surged more than 6% on Monday after the news broke, with investors buying up more than 5-million shares. If countries could be listed on stock exchanges, shares in Kenya would have received similar interest.

Tullow Oil has a strong track record of discovering oil in Africa. It is the company behind big finds in Ghana, as well as the major one in Uganda. However, its Ugandan business has been hit by corruption allegations aired in the Ugandan parliament, which have been denied strongly by the company.

Corruption is just one of a number of new things Kenya will have to worry about, assuming its confidence is justified and significant oil reserves are just waiting to be tapped. Kenya has a pretty poor reputation where corruption is concerned, and any situation where billions and billions of dollars are floating around is fraught with temptation.

But perhaps even more concerning than the corruption itself will be the political jostling for the privilege of being corrupt, over who gets to eat from the biggest feast in Kenya’s history. Complicating the issue is the fact that it is election season in Kenya, with the presidential polls scheduled for early next year. No one has forgotten the sudden surge of violence which followed the presidential elections of 2008, and all precautions are being taken to avoid a similar situation. But whoever leads Kenya next could control hundreds of billions of extra dollars, which raise the stakes – and the incentive for violence – significantly. While unfortunate, this would hardly be surprising; natural resources of this magnitude have a long history of inciting conflict and instability.

Kenya’s oil find also has regional implications. The first is that there will be an even greater push to develop the facilities necessary to transport and export the oil – specifically, to build a huge deep-water port on the resort island of Lamu (which sadly won’t, therefore, be a resort much longer), and a pipeline across northern Kenya to connect to the port. These projects are already underway for South Sudan to export its oil without having to go through Sudan, but now that Kenya is likely to need them, they will be fast-tracked.

Kenya will also be hopeful its oil will give it a greater influence in regional and international affairs. As a columnist in Kenya’s Business Daily wrote: “For all its resilience and strategic location, Kenya’s economic and diplomatic clout has largely suffered from a lack of known natural resources that are of strategic importance to the rest of the world… The discovery of oil in Turkana, however, promises to change these dynamics as Kenya forms a facet of the foreign policy agenda of key capitals in the world.”

For Kenya’s neighbour, Ethiopia, the discovery is of particular interest. The East African Rift Basin, where the oil was found, is divided between Kenya and Ethiopia. If there’s oil on the Kenyan side, then there’s a very good chance there’s oil on the Ethiopian side too. Expect exploratory drilling there to go into overdrive. If these explorations are successful, Kenya still stands to benefit as land-locked Ethiopia, like South Sudan, will have little choice but to use Kenyan pipelines and ports to export its oil.

And then, of course, there are the implications that we can’t even begin to predict. Oil has a funny way of changing history; of making countries do silly things. There are plenty of conspiracy theorists out there blaming oil for everything from the Iraq war to 9/11, and while not all the theories are right, they’re not all wrong either. Kenya is entering exciting, but dangerous territory. Fortunately for them, there are plenty of examples of how not to handle the precious resource (Angola, Nigeria, we’re looking at you). If Kenya is to benefit from its new discovery; if that big grin on the president’s face is to be justified, it needs to be the counter-example. DM Photo: An oil rig used in drilling at the Ngamia-1 well on Block 10BB, in the Lokichar basin, which is part of the East African Rift System, is seen in this general view taken in Turkana County, in this undated handout photograph. Kenya announced on 26 March 2012, its first oil discovery, saying it was found in the northern part of the country where Africa-focused British firm Tullow Oil Plc has been exploring for oil, and was now checking on the commercial viability of the find. REUTERS/Tullow Oil plc.