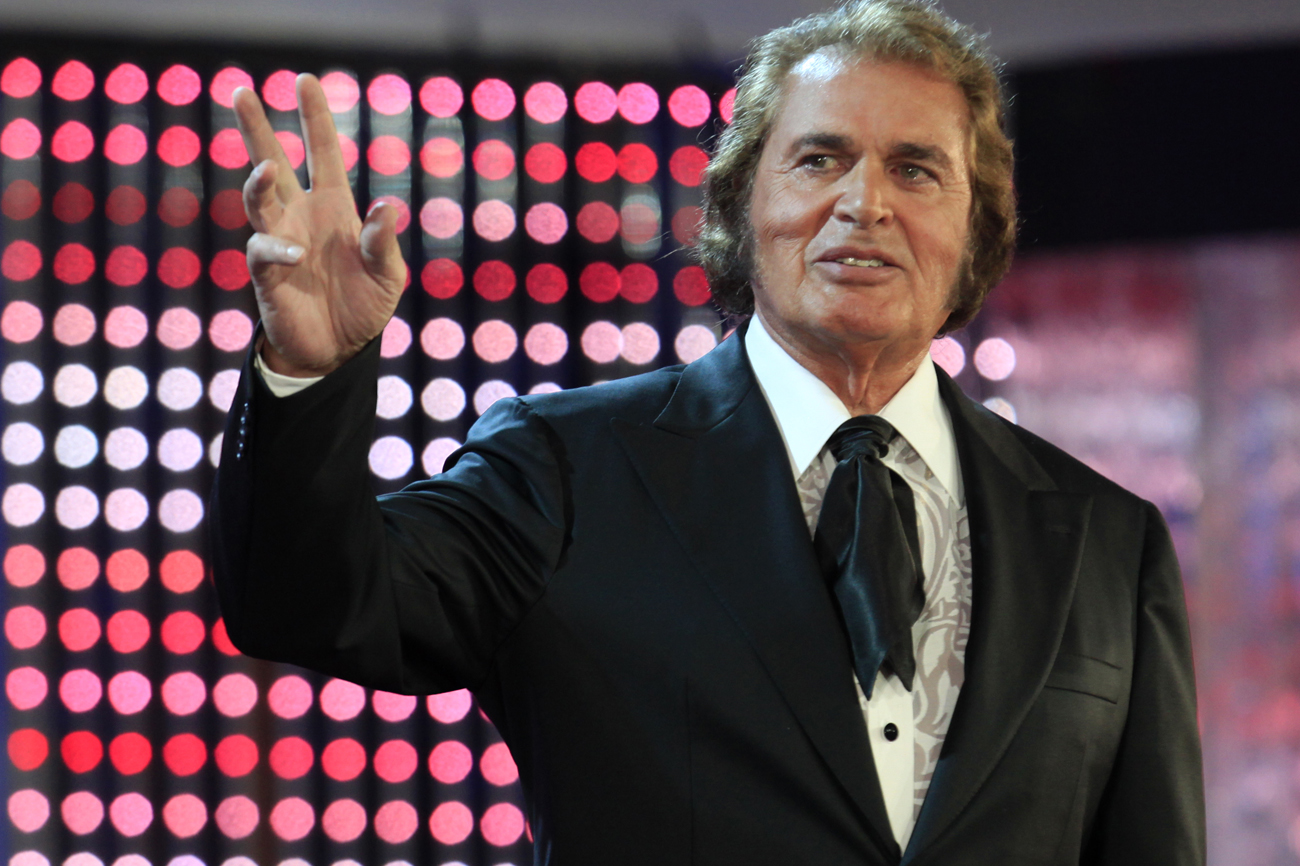 Europe is aging. The demographic details tell the whole story. Greece's pensions almost sank the country. The average Italian couple kills a child, instead of having 2.3 children. The Germans have officially removed the term "copulate" from their lexicon. And Engelbert Humperdinck, age 75, is Britain's choice for the Eurovision contest. A Viagra-jacked RICHARD POPLAK jumps an incredible tale of age triumphing over youth.

Ahh, the beauty of the wrinkle. What tales does it tell? It is a rune that speaks of experience, a hieroglyph etched into flesh. It is a window into time, a scar borne by the living who are not, happily, dead.

Most cultures respect their elders. Or, at least, they did. One of the trade-offs of modernity is that we discard the old, because we worship at the altar of the new. New car, new house, new person. Those wrinkles? The trick is to iron them out at the hand of a high-priced surgeon. The best thing about being old is that you can afford to be young.

And so: Engelbert Humperdinck, and his bid to win the 2012 Eurovision contest. For those who have, blessedly, never heard of Eurovision, it’s a competition in which every European country submits a song and a performer, and battles it out for the big prize. It’s sort of a proxy for a third major European blood bath, but in this case, the casualties are good taste, aesthetics, sonic coherency and the gag reflex.

How bad are the Eurovision-eers? Think of the Backstreet Boyz without the ability to hold a tune, songs written by the mind of a Pohl Pot, and production by the Witwatersrand School of the Deaf. Sandpaper on the eardrums. The fun is in the abject cheesiness, in the fact that the so-called arbiters of civilisation can lack the good sense not to put sequins on all of their clothing.

And so we come to the BBCs decision to nominate an icon of the 70s as Britain’s choice for Eurovison-eer. The 75-year-old, who looks not so much worked-on as taxidermied – literally like a big, fluffy-faced throw-pillow – will go up against teenagers from Estonia and Luxembourg and Serbia (and a bunch of granny singers from Russia). “I am going to go out there and win,” he has said. “I’m very positive.

“??So are the bookies, who… wait – why is it that no one questions the journalistic impulse to quote bookies every time a British person engages in anything remotely competitive? The point is that Humperdinck is psyched about the whole thing, at an age when most Britons are entering their third decade of retirement, drunk most nights at the local.

Oh, the Dincker is bullish indeed. “I once played to 18-million people in Riga,” he has said of the Latvian capital, a country in which the population amounts to about 3-million. “I am hoping some of them will latch on to this when they watch me on that TV programme and hopefully support us in a great way. I am very positive. I really love a big challenge.” I hope he has someone else running his numbers. Or a better bookie.

Engelbert Humperdinck’s name isn’t Engelbert Humperdinck – it’s Arnold George Dorsey. He needed the name to get attention in an era when the Beatles, and then the Stones, captured most of the headlines. But the Humpster sold records – 150-million by some accounts – and still sells tickets, and has outlasted at least a few of his opening acts, Jimi Hendrix notwithstanding.

So there is something wonderful about the Lad from Leicester going up against a contingent of children (and a bunch of granny singers from Russia) in a continent in which there are no children. The whole thing has a fairy tale air about it – a reversal of the Grimm’s stories in which the old preyed upon the young. This time, it will be the septuagenarian who leaves the trail of sonic breadcrumbs, hopefully to a spectacular finale in which everyone wears pleather.

The ditty Engelbert will be hollering is the responsibility of the writer of James Blunt’s You’re Beautiful. (I wasn’t kidding when I said this was as brutal as a European war.) The continent that brought us the Sistine Chapel will now bring us this work of undying art.

Age before beauty, as the saying goes. I’m putting money on the Humpster. He didn’t invent the insipid. But he’s had 60 years to perfect it. And to defeat a bunch of granny singers from Russia. DM