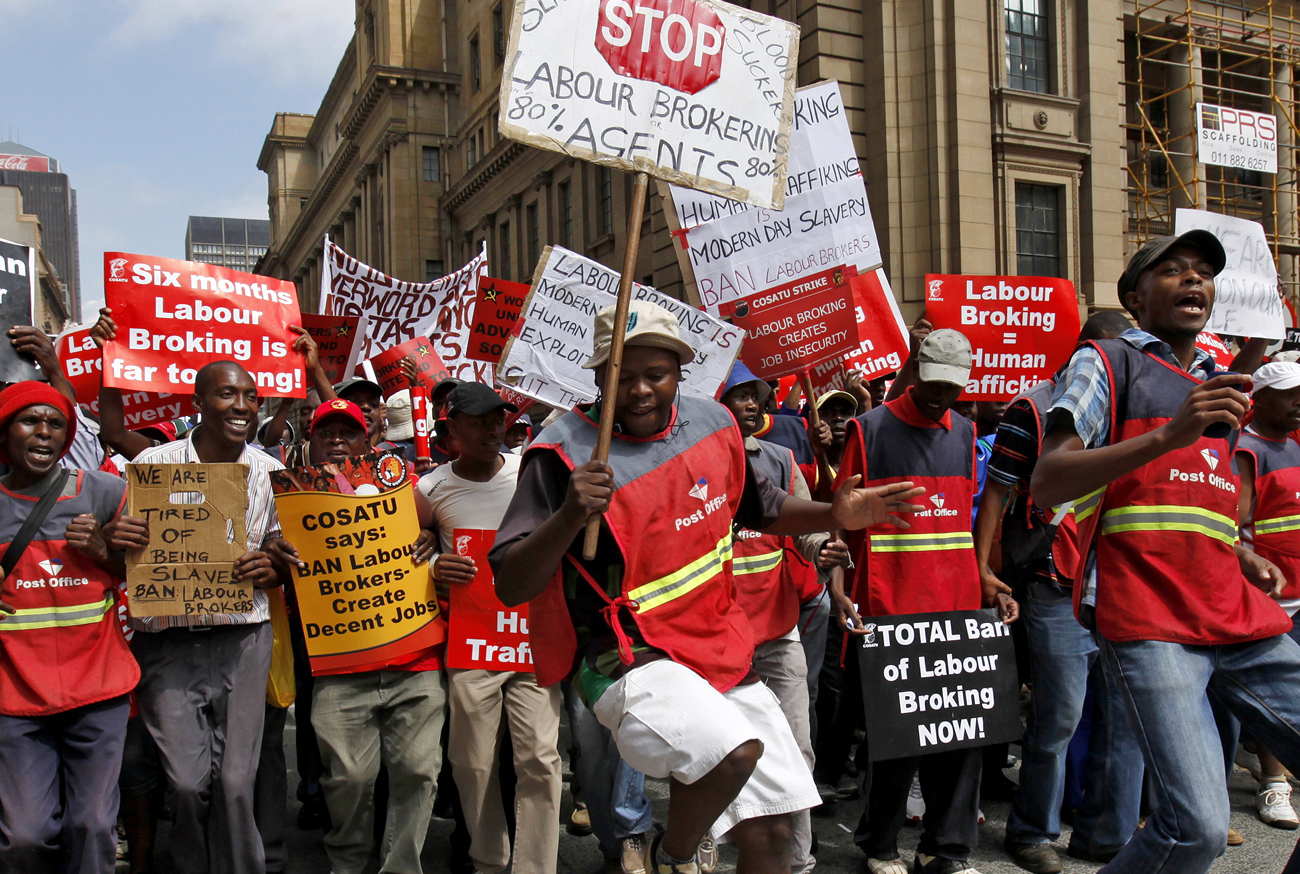 Business Unity SA is against the proposed amendments to the legislation governing labour. Some of the objections are procedural, but the real gripe is that the new laws will make business even more difficult. Well, this is Busa after all. By SIPHO HLONGWANE.

Some say it is because South Africa’s labour market is grossly unfair towards labourers, others say it is because the unions have the government by the throat and are squeezing hard – whatever the reason is, sweeping changes are afoot in labour regulation.

Amendments to the Labour Relations Act and the Basic Conditions of Employment Act are currently being debated at National Economic Development and Labour Council (Nedlac), the department of labour and the Cabinet. Busa, as a member in Nedlac, is unhappy with some of the proposals. It described them as “undermining” the framework of the original post-apartheid laws on labour.

Nedlac has been asked by Cabinet to conduct a regulatory impact assessment (RIA) to see what the unintended consequences will be, but the department of labour has gone ahead and drafted the amendments without waiting for the report to be released. Also, the current amendments differ substantially to those proposed in 2010, which further raises the need for the RIA, said Busa.

According to Busa’s statement, which was read out by the organisation’s executive director for social policy, Vanessa Phala, certain amendments will raise the cost and complexity of doing business by making employment more difficult, opaque and riskier. Under the current rules, there is a minimum standard for all workers, which gives employers carte blanche to draft contracts which make them operationally flexible – this naturally translates to different benefits and conditions for full-time staff, contract workers and labour broker workers. That will change if the amendments pass. All categories of work will now receive the same treatment. Also, the 60-day facilitation prior to retrenchment period has been extended, which will make dealing with contract workers impractical, according to Busa.

The worry for Busa is that introducing these amendments will result in rising levels of unemployment. The current labour elasticity ratio is 0.7% which means that for every 1% increase in the cost of employment, there is a 0.7% decrease in employment levels. Put simply, employers transfer the pain of rising employment costs directly to employees. Which means that an unintended consequence of all of this will be fewer people hired, or more people hired at the minimum wage.

“Business believes that in their current format, the Bills are hugely onerous and punitive and will have a negative impact on business,” Busa said. “We are also concerned that these amendments will limit the employer’s ability to adjust and adapt consistently to changing market conditions.

“…We do not regard the Bills as being ready for Parliament. We would like government to first conduct an RIA to understand the potential impact of these changes on the economy, as well as their alignment to national development goals,” Busa said.

Busa welcomed the confirmation by government that Section 198 of the Labour Relations Act won’t be scrapped. This is the bit that regulates labour brokers.

The DA has also complained about the proposed amendments. “The Democratic Alliance strongly supports measures that safeguard the rights of employees; exploitative labour practices have no place in our democracy.

We believe, however, that legitimate calls for fair labour laws have been hijacked by a self-serving interest group, which is now using claims of exploitation as a ruse to boost its own membership numbers,” the party said.

According to Busa negotiator, Tanya Cohen, this isn’t just about Cosatu. “There’s an increasing trend of giving power to minority unions which is not in keeping with the democratic norms which govern workers’ bargaining rights. We certainly don’t want a minority imposing themselves on the majority of workers,” she said.

Cosatu has repeatedly stated that the only negotiation outcome it will accept is the banning of labour brokers entirely.

Busa CEO Raymond Parsons was at pains to point out that there is still some way before these proposals become law and there is still plenty of room for negotiation. But the battle lines on this one were drawn up a long time ago. Business and the DA on one side, and Cosatu on the other. For now, government seems to be leaning in Cosatu’s direction. This doesn’t seem to be enough though – straight after the treasury minister announced pro-union changes to labour broking regulations, Cosatu embarked on a huge strike, calling for government to ban labour brokers entirely. DM Photo: Supporters of the Congress of South African Trade Unions (COSATU) take part in a march in the streets of Johannesburg on 7 March 2012. REUTERS/Siphiwe Sibeko.