Zuma will be the reigning MacDaddy at Mangaung

Zuma will be the reigning MacDaddy at Mangaung 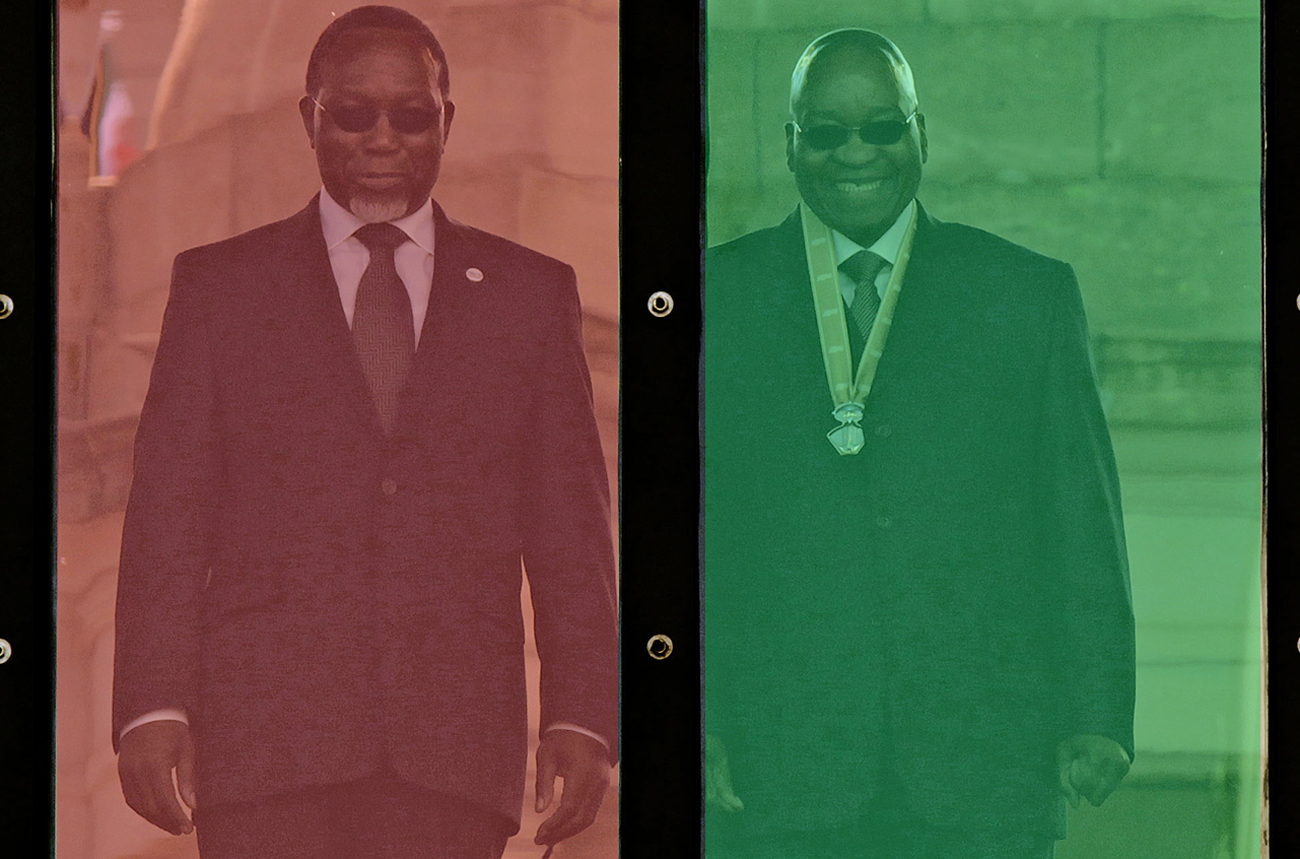 There are those who believe that Deputy President Kgalema Motlanthe is a shoo-in at Mangaung. They are wrong. By STEPHEN GROOTES.

The race for Mangaung may be well and truly underway. But that doesn’t mean it’s going to be close or fair. In fact, it’s likely to be downright ugly. And no matter which way you look at it, it’s foolish in the extreme to bet against Jacob Zuma. If form is any guide, there’s plenty to remind you about what happens when Zuma is written off. It’s simple really. He then goes on to win. He’s the ultimate comeback-kid of our politics, the man who defies political gravity. The MacDaddy.

Firstly, Zuma enters the race ahead, because of that priceless asset, incumbency. He’s the guy who’s currently in charge. That brings with it the power of patronage, the power of the office itself, the bully pulpit from which to speak, the title “Mr President”. It even brings a nice jet (and a couple more to follow it, just in case). In virtually all politics, the incumbent is the hardest to beat. That’s why so many people serve two terms in office. You have to really cock it up to only serve one. (Ask Jimmy Carter and George HW Bush – Ed)

And that’s in democracies where they play fair. In this one, as we know, they don’t. So if you are the incumbent, and you’re worried about a possible rival, you will, of course, use the advantages of high office. Like, as an example that just happens to come to mind, the intelligence agencies. And they can be very useful. To an extent, whoever controls those, wins. And Zuma is going to make sure it’s him. Add to that his experience in the intelligence game, and you have an operator you would have to be very brave to take on. It won’t necessarily be the overt Motlanthe-being-arrested kind of thing. It will be meetings that are listened to, phone conversations overheard etc. And then re-spun in a way that holds him below the waterline. Particularly if those conversations include the words “Iran” and “helicopters”.

Then we have the fortress of steel that is around Zuma at the moment. It’s about control of virtually every office in government, every agency that is empowered to act. The National Prosecuting Authority, the Human Rights Commission, the still leaderless Special Investigating Unit. Some would have us believe he even controls the courts, but the Supreme Court of Appeal would beg to differ. Still, he has his hands on the levers of state power, and won’t give them up easily.

This brings us to Zuma’s kitchen cabinet. He has some of the best strategists in town. Mac Maharaj, Gwede Mantashe, Pravin Gordhan. The Operation Vula veterans. Would you take them on? Think about it. They’re the A-team in our politics at the moment. And they have years of experience. As we’ve said before, politics is like rugby. Youth and skill are no match for age and treachery. And, without being too rude, there’s plenty of both in that particular group.

But all of this is to look simply at the merits of the Zuma team. There is another massive reason as to why he is going to win at Mangaung.

The numbers are on his side.

It’s called KwaZulu-Natal: 240,000 ANC members. That beats every other province. All you need is one or two of the smaller ones and you’re more than halfway there. Where KZN is quite different to all the other provinces is that it alone is likely to vote as a bloc. It’s not that Zuma commands a percentage of the support there, it’s that he appears to command virtually all of it. So while a contender could take the Eastern Cape, that person won’t take all of the Eastern Cape. Zuma is likely to take virtually all of KZN. And thus will have a massive in-built advantage before the race even starts.

Zuma has also managed to draw the sting from the foundation of where any challenge must surely come, Limpopo. It’s been the province that has caused the biggest headaches for him. Julius Malema and Cassel Mathale are from there. Fikile Mbalula is spending most his time there at the moment. And yet, despite all of the campaigning that this group has done, they were still only just able to take the province during last year’s provincial conference. In fact, they nearly lost. This goes to two things. Firstly, that Malema and co. do not have the organisational skills to even win their base. And the political lesson is that if your base is not united behind you, you are dead in the water. Thabo Mbeki’s base was in the Eastern Cape. The reason he lost was because the province was not fully united behind him.

It will no doubt be argued that the alliance that brought Zuma to victory at Polokwane has foundered. That is true. But that doesn’t mean it’s gone completely. The SACP is going to be behind him no matter what. Cosatu is finding it difficult to leave this group, despite having said publicly that it was a marriage of convenience. So already two of the main members of the alliance are behind Zuma.

When people plot to cause the fall of a political leader, the biggest question that has to be answered is not how to do it. That’s often the easy part. The hard part is to decide who will take over. At Polokwane it was easy. That was why Zuma was so necessary to that project – without him as a figurehead, it would easily have failed. In this case, it will be claimed that Motlanthe is ready to take over. But look at who are his public backers. Malema, Mbalula, Mathale. And? And thus a vote for Motlanthe will look like a vote for Malema. And if there’s anything we know about the middle ground of the ANC at the moment, it’s that they don’t like voting for Malema. Remember the 2010 national general council, the reaction when Zuma said that youngsters must respect their elders? It was a clear sign of support for Zuma. And a vote for Motlanthe will be effortlessly spun into a vote for Malema and all he stands for. With distinctly bad results for Motlanthe, of course.

Having said all of this, the biggest reason why Zuma will win is this: winning is a habit. Once you start, it’s hard to stop. In politics, momentum matters. Zuma has it. The single biggest factor in knowing that he will win this ANC conference is that he’s won one before. He knows how to do it. Motlanthe does not. DM

Photo: The then outgoing South African President Kgalema Motlanthe (L) and incoming President Jacob Zuma watch a flypast during Zuma’s inauguration at the Union Buildings in Pretoria May 9, 2009. REUTERS/Pool/Jerome Delay