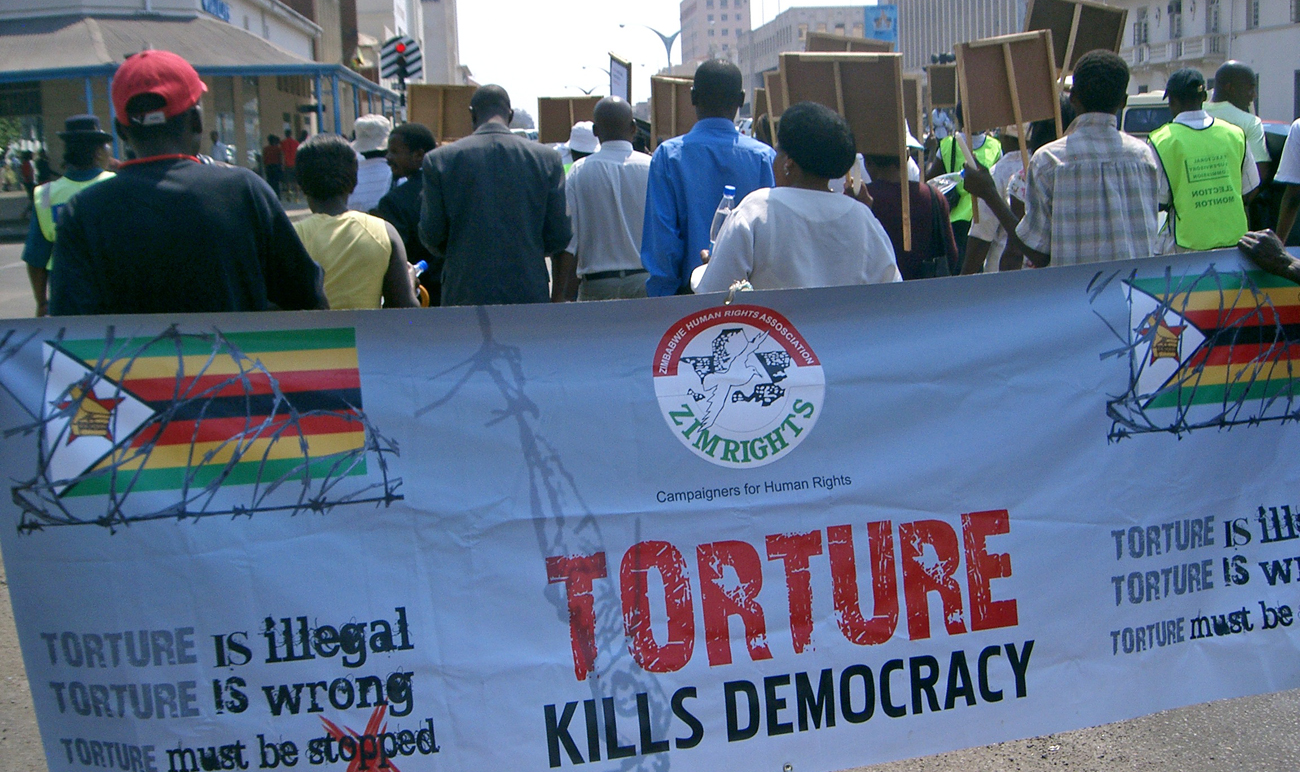 Diplomatic relations between South Africa and Zimbabwe have been a far cry from what they were during the Thabo Mbeki’s “quiet diplomacy”. A case currently being heard in the North Gauteng High Court has the potential to ratchet up tensions further. But a senior NPA official, breaking from his colleagues, says that should not undermine South Africa’s fulfilment of its international obligations. By OSIAME MOLEFE.

Mock executions, severe beatings, waterboarding and electric shock are some of the allegations contained in 23 affidavits and other documents collated by the Southern African Litigation Centre and submitted in 2007, names redacted, to the National Prosecuting Authority (NPA). In the submission, the centre urges the NPA to investigate and, if evidence is sufficient, prosecute the Zimbabwean officials accused of committing crimes against humanity.

But the NPA finds itself at odds over the matter as the national director of public prosecutions, Nomgcobo Jiba, appears to disagree with Anton Ackermann, the head of the NPA’s priority crimes litigation unit (PLCU), on the merits of the case. Among the PLCU’s duties is to manage and direct the investigation and prosecution of crimes against humanity in terms of the Implementation of the Rome Statute of the International Criminal Court Act, the South African law that gives effect to the Rome Statute.

The SALC’s dossier lists 18 Zimbabwean individuals, again, names redacted, as having been implicated in acts of torture on a systematic and widespread basis. The documents include harrowing victim testimonies centred around the 28 March 2007 police raid on the Movement for Democratic Change’s Harvest House headquarters in Harare and the days in police custody thereafter. Over 100 people were arrested that day, the SALC said, including those who just happened to be working in nearby shops. While the rest were freed, individuals affiliated with the MDC were detained for several days, without access to legal representation.

“The police officers then tied a white T-shirt around my mouth as a gag and placed a black plastic bag over my head which was tied tightly around my neck,” one of the accounts of the torture reads. “They plunged my head into a bucket of water. I lost consciousness.”

Another describes being tortured by police for 45 minutes using the “Birchenough Bridge” technique, named after the Zimbabwean bridge on which Sydney’s Harbour Bridge is based. The victim’s arms and legs were bound together before being suspended between two tables on a pole inserted under his knees and over his elbows. Once suspended, with the restraints, handcuffs in that instance, digging into his wrists, the police began to beat him. The pain became so severe he ceased to feel it and fell quiet.

The 28 March incident was preceded by other, equally gruesome police crackdowns by Zimbabwe’s police force. A WikiLeaks cable dated 12 March describes how police brutally suppressed a prayer meeting organised by the Save Zimbabwe Campaign the day before and also arrested 100 activists, including MDC leader Morgan Tsvangirai, who was beaten unconscious and had to be taken to Parirenyatwa  Hospital in central Harare. In the clashes with police that followed in the Harare suburb of Highveld, a 30-year-old father of three, Gift Tandare, was killed, allegedly by police.

The SALC relied on the country’s eminent international and constitutional law practitioners, including Max du Plessis and Wim Trengrove, now the centre’s legal counsel on the matter, to bolster its appeal to the NPA.

In addition to the internal differences, the difficulty South African prosecutors find themselves in is complicated because the decision to investigate, which had been made and declined by the SA Police Service, has practical implications and any decision to prosecute would have far-reaching diplomatic consequences. As the SALC’s motivation to the NPA points out, many of the named perpetrators frequently visit South Africa under international cooperation agreements between the two countries’ police. If Mbeki practiced quiet diplomacy in dealing with Zimbabwe, then Zuma has been using the ostrich approach, digging his head in other matters hoping for it to go away. That attitude is perhaps reflected in the alleged actions of his choice of Simelane as NPA head, who Ackermann accuses of trying to prevent him from going public with his view that sufficient evidence exists for South Africa to at least investigate the SALC’s allegations of crimes against humanity committed by Zimbabwe’s police force.

Though SAPS declined to investigate, citing issues of jurisdiction and investigation, Ackermann argues that they did so on spurious grounds.

While Ackermann is opposing the SALC’s application, he has effectively shifted the responsibility for answering the failure to investigate, despite evidence that a crime had taken place, to the national police commissioner, who at the time was Timothy William and is now Nhlanhla Mkhwanazi, both in an acting capacity. The national police commissioner is the fourth respondent.

In his replying affidavit, Ackermann said before declining to investigate on grounds that South Africa did not have jurisdiction and that it would not be possible for South African police to investigate and gather evidence for an incident that took place in Zimbabwe, William should have at least ordered that the complaint be registered and the complainants’ allowed to submit evidence. He added the police should have also asked for the international relations department’s input on the matter. None of this appears to have been done.

International relations spokesman Clayson Monyela would only say his department was monitoring the situation closely due to the potential effects on diplomacy.

Among these possible effects, if a South African investigation is instituted and reaches a point where the evidence is deemed sufficient to prosecute, is that an argument could be made to prosecute Mugabe and his generals for the same acts.

The SALC put forward to the NPA this argument on the doctrine of command responsibility: “As is often the case with international crimes, the crimes carried out by lower-level state officials potentially implicate superior officers. As our discussion of crimes against humanity shows such crimes by definition are carried out ‘pursuant to or in furtherance of a state or organisational policy to commit such attack’.” DM