The turbulent waters of the NPA’s Zim email-strom 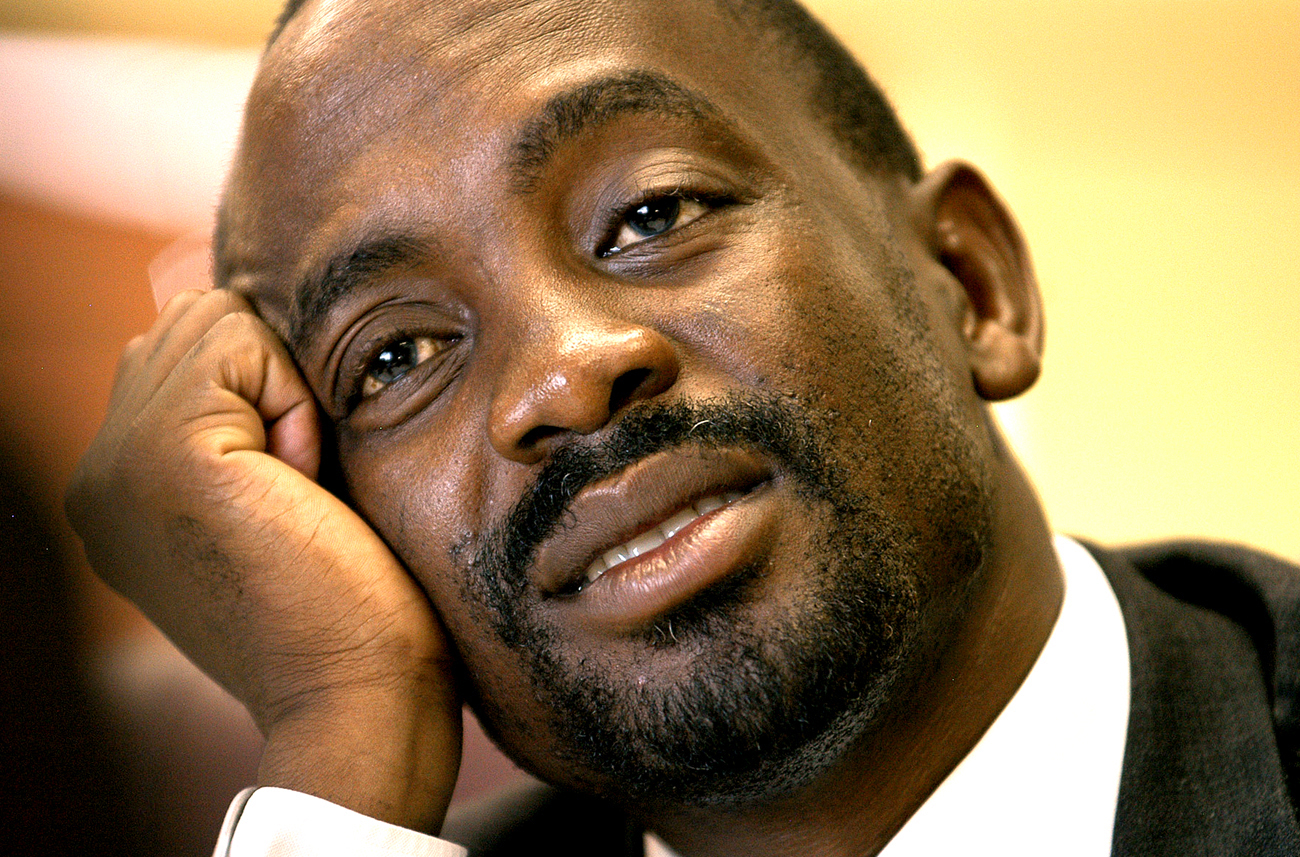 A court case, set to resume in the North Gauteng High Court on Tuesday, has caused a rift between senior NPA officials over the decision not to investigate and possibly prosecute senior Zimbabwean government officials for alleged crimes against humanity. Head of the NPA’s priority crimes litigation Anton Ackermann believes South African authorities should investigate and accuses in-limbo NPA head Menzi Simelane of trying to stop his point of view from going public. By OSIAME MOLEFE.

A police raid in 2007 on the Harare headquarters of Zimbabwe’s Movement for Democratic Change, where 100 people were detained and tortured, allegedly by Zimbabwean police, has found its way into South African courts. The Zimbabwe Exiles Forum and the Southern Africa Litigation Centre (SALC) launched a bid in the North Gauteng High Court to compel South African authorities to investigate the incidents and use the provisions of the Implementation of the Rome Statute of the International Criminal Court Act to charge high-ranking Zimbabwean government officials with crimes against humanity.

The case was precipitated by the SA Police Service’s refusal to investigate, despite a recommendation from Anton Ackermann, head of the NPA’s priority crimes litigation unit, that an investigation was warranted. Ackermann’s unit is responsible for managing and directing the investigation and prosecution of crimes against humanity.

The differences of opinion on the merits of the investigation appear to have created a rift between Ackermann and Menzi Simelane, the most recent national director of public prosecutions (NDPP), who is currently on special leave. In agreement with Simelane are his deputy Silas Ramaite and Chris Macadam, a deputy prosecutor in Ackermann’s unit. Details of the rift were laid bare in court papers filed last week.

Even though he is a named respondent and is employed by the NPA, Ackermann had to follow the unusual route of filing his replying affidavit with the applicants’ papers. He alleges that the NPA, acting under the instructions of Simelane, refused to accept his affidavit and wilfully thwarted his efforts to file his own on the grounds that his testimony, as second respondent, conflicted with the Simelane’s as first respondent.

“Despite Simelane’s assurances that ‘we would all meet’ to discuss the contents of the answering papers,” Ackermann writes in his affidavit, “I was kept out of the loop on the progress. In or about September 2010, I learned that the answering papers of the NDPP have been finalised and were ready for filing (without any input from myself).”

Between January and February 2010, Ackermann and Macadam exchanged a series of e-mails laden with legal posturing and bristling barbs, before Macadam rejected completely the possibility of acting on Ackermann’s behalf.

“I have on several occasions tried to explain why I am not prepared at this stage to prepare your affidavit. I point out that my appointment in this matter was formally done by Ramaite to act as his junior and not from you to represent you. Both Ramaite and I act on behalf the NPA and take our instructions from the NDPP,” Macadam wrote in an e-mail copied to Silas Ramaite, Simelane’s deputy.

In an email dated 9 March, Ramaite also set out the reasons why Macadam had refused to prepare Ackermann’s affidavit. “I can confirm that if you stand by your draft affidavit, especially paragraph 22, there is a conflict. I discussed the matter with the NDPP (Simelane) and conveyed to him this view.”

The paragraphs in question are where Ackermann stated he was not satisfied with the reasons Timothy Williams, then acting national police commissioner, had set out reasons for investigating and that Mokotedi Mpshe, acting NDPP at the time, had neither disagreed nor agreed with him. Ramaite advised Ackermann to write an internal memo to Simelane on the conflict and motivate for Shaun Abrahams, a prosecutor in Ackermann’s office, to act on his behalf.

Ackermann wrote to Simelane as advised, but the NDPP would later decline the request for separate representation. He tried to argue, in that email, that the NPA should oppose the SALC’s application on the grounds that the PCLU has neither investigative powers nor capacity and that it had discharged its responsibility by requesting that SAPS investigate.

“Should this course be followed, it will eliminate the necessity to deal with the conflict between the first and second respondents.”

Abrahams, meanwhile, attempted to get up to speed with matters, but was allegedly obstructed by Macadam, whose cagey and passive-aggressive responses to requests for information earned him a scathing rebuke. Abrahams wrote, when Macadam glibly dismissed his request to see Simelane’s records to prepare Ackermann’s affidavit, he said, “As usual, you’re creating a ‘storm-in-a-tea-cup’, and unnecessary paper work. This is clearly an issue which should have been dealt with between you and I or you and Anton. Nevertheless, I am totally taken aback by the tone and contents of your email.

“To conclude, I’m of the view that your attitude has a disruptive effect on the people you work with.”

At the centre of the conflict is Williams’ decision in 2008 not to investigate, despite Ackermann’s advice that an investigation was warranted. On Ackermann’s recommendation, Mpshe had requested that SAPS at the very least register the complaint and open a docket to record the complainants’ evidence. Williams declined, first verbally then at Ackermann’s insistence, in writing.

Ackermann says he told Mpshe he was not happy with the reasons Williams provided and advised the SALC had said it would pursue the matter in the courts. He says he and Mpshe were at the time satisfied that the NPA and the PCLU had discharged their responsibilities and that SAPS’s refusal to investigate would be “vented in an open court”.

During that series of heated email exchanges in 2010, Macadam, copying no one else in, appeared to threaten Ackermann with disciplinary action or some other adverse steps should he persist with his efforts to submit his version of events to the courts.

“My view is such conduct (Ackermann’s disagreeing with Williams) will be tantamount to misleading Simelane on an extremely serious matter. I also believe the court would be required to make findings on your ethical conduct which could result in further action being taken against you,” Macadam said. He suggested that Ackermann’s conduct may be construed as “mischievous” and that he could be held liable for the legal costs of the applicants and respondents.

Earlier in the exchange he’d said, “The issue of two conflicting views could legitimately be taken up by your employer and, in fact, I believe that you have forwarded your email to Ramaite and I have no doubt that he will address it appropriately at the relevant stage.”

The view that Ackermann had been threatened was backed by Chris Marnewick, a crime novelist and advocate, who told Ackermann that “the tone of the correspondence addressed to you appears to me to be unfortunate and inappropriate. There is a thinly veiled threat that if you were to pursue the course which you think is the right one, then your employer may take disciplinary action against you later.”

Marnewick advised that Macadam may have “confused opinion with reason” and that Ackermann should seek advice from a labour law expert.

Simelane, who was four months into the job at the time, appears not to have entered the correspondence until the end of March 2010 where he wrote to Ackermann, “I am not in agreement that you file an affidavit as proposed. The NDPP’s affidavit will have to cover all the issues that affect the NPA and its role in the matter. Therefore, the issues that you would have raised in your affidavit can and will be raised by the NDPP in his affidavit.”

Simelane, who’d been apprised of Macadam’s apparent threats, proposed a meeting at a later stage, when the papers were ready to be filed, but Ackermann says this meeting never took place. The papers were filed without him ever having seen them. Included in his affidavit was evidence that he attempted to meet with the State’s attorney, a Dr. Meier, who ignored him until a week ago, on 19 March 2012, when he called with an offer to represent him.

When contacted, Simelane declined comment until he had seen the court papers and discussed the matter with the acting NDPP Nomgcobo Jiba. Spokeswoman Bulelwa Makeke also said the NPA had reserved comment.

The NPA on Monday requested a postponement after last week removing Macadam as junior counsel on the grounds that it would not be appropriate for him to act in the role as he, too, has been accused of subverting justice. The court ordered the hearing to continue on Tuesday. Macadam would only argue the elements of the case in which he is not alleged to have personal involvement. DM

Photo: Menzi Simelane – the most recent national director of public prosecutions (NDPP). He is currently on special leave. MAIL & GUARDIAN.