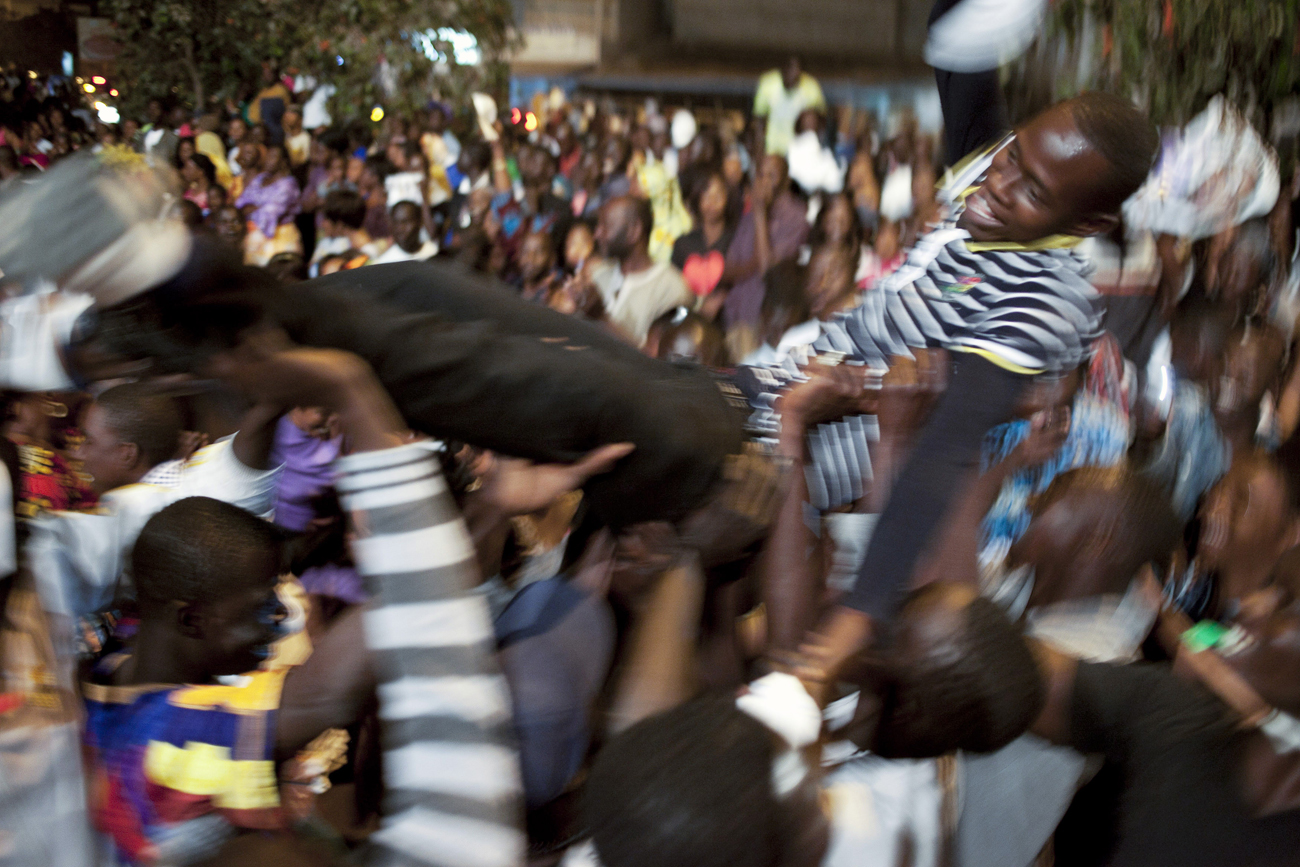 Relief, jubilation and most of all: Liberation. These are the emotions that surged up as 12-million Senegalese worldwide heard the news that President Abdoulaye Wade had congratulated his opponent, Macky Sall, on his victory in the presidential election. By ARAME TALL, Johns Hopkins University.

Indeed, as the first trends began to emerge, following voting in this second round of the presidential election that saw the participation of more than 3-million voters (a million more than in the first round), it became evident that Sall had won by an average 70% to 30% for Wade.

As the country heard that 85-year-old President Wade had actually called his opponent, 50-year-old Macky Sall, to congratulate him on his victory, paving the way for Sall to become Senegal’s fourth president since independence, a collective sigh of relief swept over the entire nation.

Spontaneous celebratory marches burst on to the streets of Dakar as people spilled out to celebrate a new era for Senegal (see video). Many also stayed at home, relieved that Senegal seemed to have dodged the ever-present bullet of post-election violence.

News of a defeated incumbent calling the new president-elect in any other context would not be news. But against the background of fear for the future of Senegal in an unstable region, which boasts of a long tradition of multiparty elections and regime changes since 1974 it was cause for joy. Following the 40-year socialist regime under presidents Senghor then Diouf, Wade had been elected in 2000. After seven years in power, change was not forthcoming, but rather an attempt to groom Wade’s son, Karim, as his successor turning a democracy into a dynasty.

A popular resistance movement, Mouvement du 23 juin – M23 – rose in response to Wade’s attempt to change the constitution. When it became clear that Wade was going to run for a third term, M23 raised its tone, rallying citizens on the 23rd of every month under the banner of “Don’t touch my constitution”.

Despite mounting popular resistance, Wade pressed on with his bid for a third term. When the country’s Constitutional Court, validated Wade’s candidacy on 27 January 2012, mass protests erupted across Senegal, leaving nine dead and dozens injured.

Wade was an intruder in the electoral competition, the opposition and civil society insisted. But run he did, as if in an attempt to see for himself what he was still worth in the eyes of the voting youth that had parachuted him to power in the 2000 regime change. He secured a timid 34% majority in the first round of voting facing a divided opposition, followed by Sall with 25% of the vote.

In the second round of voting, however, all 13 opposition contenders rallied behind Sall, giving him a genuine chance at defeating the presidential incumbent in the final face-off.

Senegal’s young democracy was severely put to the test, but the Senegalese proved their maturity by peacefully going to the polls both on 26 February and in even larger numbers on 25 March, proving the power of the ballot rather than that of the street or the rifle, and providing, for a second time, an exemplary lesson of democracy in Africa.

Senegal’s democracy is the big winner, not Macky Sall. The people of Senegal have spoken and so loudly their voices could not be ignored, showing  the way forward for other African countries.

Noteworthy also is that Senegal will now have its first fully fledged Senegalese first lady. This breaks the long line of French first ladies.

Whether or not this marks the end of the “FrançAfrique”, a new era begins for Senegal under its new, younger leadership. The challenges remain weighty: a dilapidated health sector, an education system in crisis, a non-performing economy dependent on petroleum imports and an idle youthful population thirsty for jobs.

Will Sall rise to the task on these challenges? Will he deliver on the substantive democracy that the Senegalese youth? He has five years to show his true mettle. And whatever ensues, one thing remains certain: the new type of Senegalese citizenry will be watching him, alert and vigilant. DM