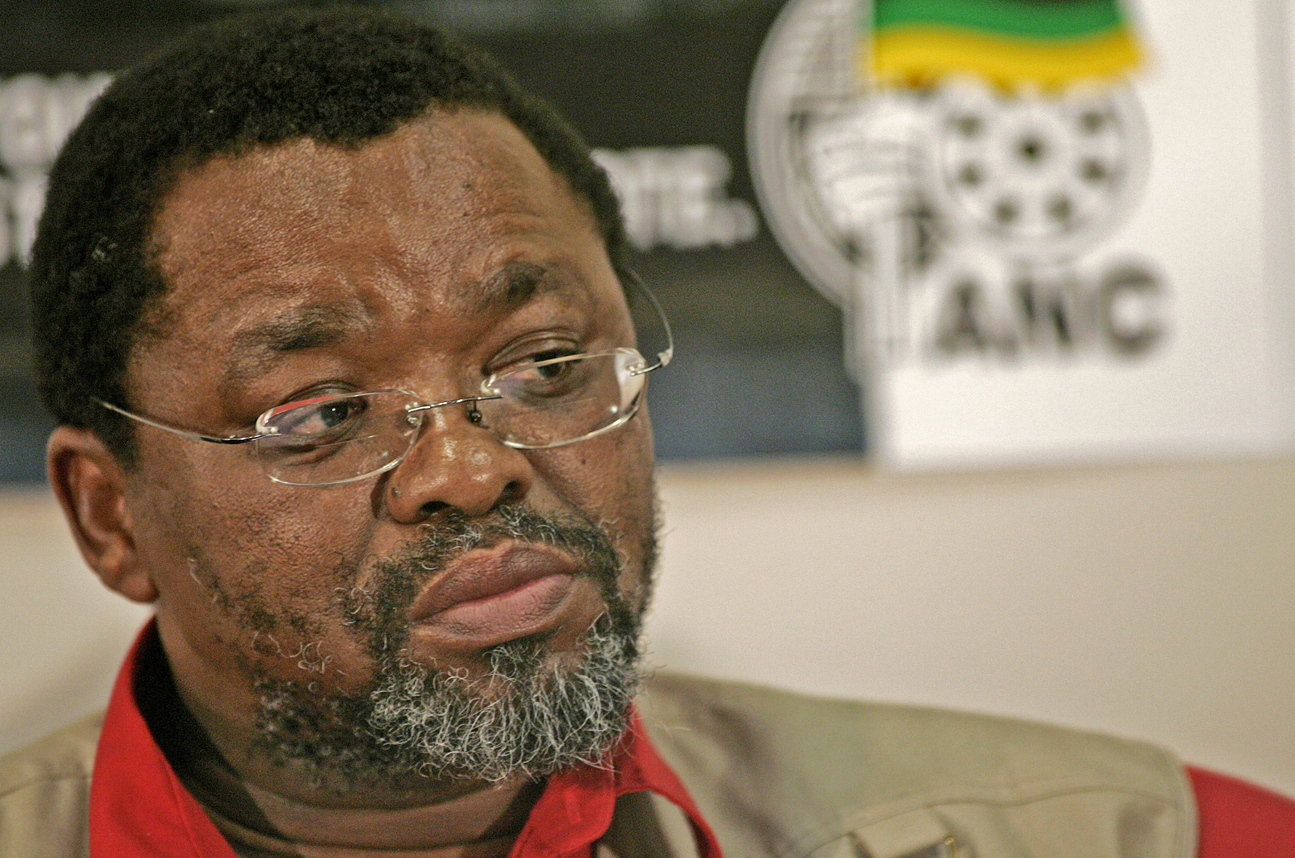 It has been an uncomfortable few weeks for the ANC. Things haven’t been going to plan on several fronts. Not unexpectedly, the national executive committee response has been to keep calm, and carry on as if nothing happened. And nobody delivers that message more convincingly than Gwede Mantashe. By SIPHO HLONGWANE.

Julius Malema has been keeping the ANC so busy it is easy to forget that the party sometimes does concern itself with other things as well. But that’s what the national executive committee statements serve to do – they remind everyone that adults are sometimes at work in the background. For a change though, the post-NEC meeting statement that came out on Sunday concerned itself mostly with putting out fires.

The most embarrassing thing to happen in the last few weeks were the angry protests by Sharpeville residents because the ANC chose to celebrate Human Rights Day in Kliptown. There was lots of angry talk about the party obliterating history, and the point struck home. Apparently the ceremony was moved to Kliptown because this particular year the focus was on the fifteenth anniversary of the Constitution. “This has to be explained to demystify the notion of this event having been stolen from Sharpeville,” the ANC statement said. “The opposite is true in that the Human Rights Day should be celebrated by the nation. It is also important to remind the people of South Africa that the 2009 Human Rights day was held in Kimberly and the 2011 event was held in Athlone. In both occasions there were no protests. A clear explanation must be given to the people of Sharpeville that recognising this day as a public holiday in the country means that the role of Sharpeville and her people in our shared history has not diminished but has been enhanced.”

The problem is that it is very easy to accuse the ANC of perhaps wishing to erase the historical significance of 21 March from popular memory. Of all the struggle-era related holidays, this particular one belongs to the Pan-Africanist Congress of Azania (PAC) as the march on 21 March 1960 was organised and initiated by it rather than the ANC. Among PAC comrades, the very name of the day shows that the ANC is trying to remove them from the public consciousness. So a decision to move celebrations away from Sharpeville is bound to cause some discomfort. The ANC does have a point about the previous years, though. It would appear that the latest round of protests merely used Human Rights Day as a catalyst, but are probably really about something else.

That delicate but powerful touch about an “emerging notion” has ANC secretary-general Gwede Mantashe written all over it and puts the insidious image in one’s head of the Democratic Alliance feeding “the people” into a combine harvester marked: CONSTITUTION.

The ANC will meet with Cosatu on Monday to discuss the growing unhappiness of the union federation with the ANC. And good luck with that to both parties because this is a Mexican standoff. On the one side, the ANC will argue that government has bent over backward to accommodate Cosatu’s demands on labour brokers and e-tolls. The ruling party also has no appetite to ban brokers outright, and has gritted its teeth on the e-tolling issue and ploughed ahead despite widespread hostility to it. On the other side, Cosatu will once again argue from a position that both labour brokers and e-tolls should be scrapped and will use the threat of strikes to try and get its way. See, Mexican standoff.

The Supreme Court of Appeals ruling against the ANC president Jacob Zuma got no mention. Nada. Perhaps the ANC is waiting for things to develop further – as it probably should – before committing a sitting of the NEC to the issue.

It helps that this “relax, folks” stance comes from Mantashe himself – almost anybody else and it would appear to be inspired by slightly raised tempers. But coming from the secretary-general it transmogrifies into a signal that the hand on the tiller is steady indeed. Which it needs to be, considering that this is an election year for the ANC. And we all know how high-strung the ruling party can get. DM