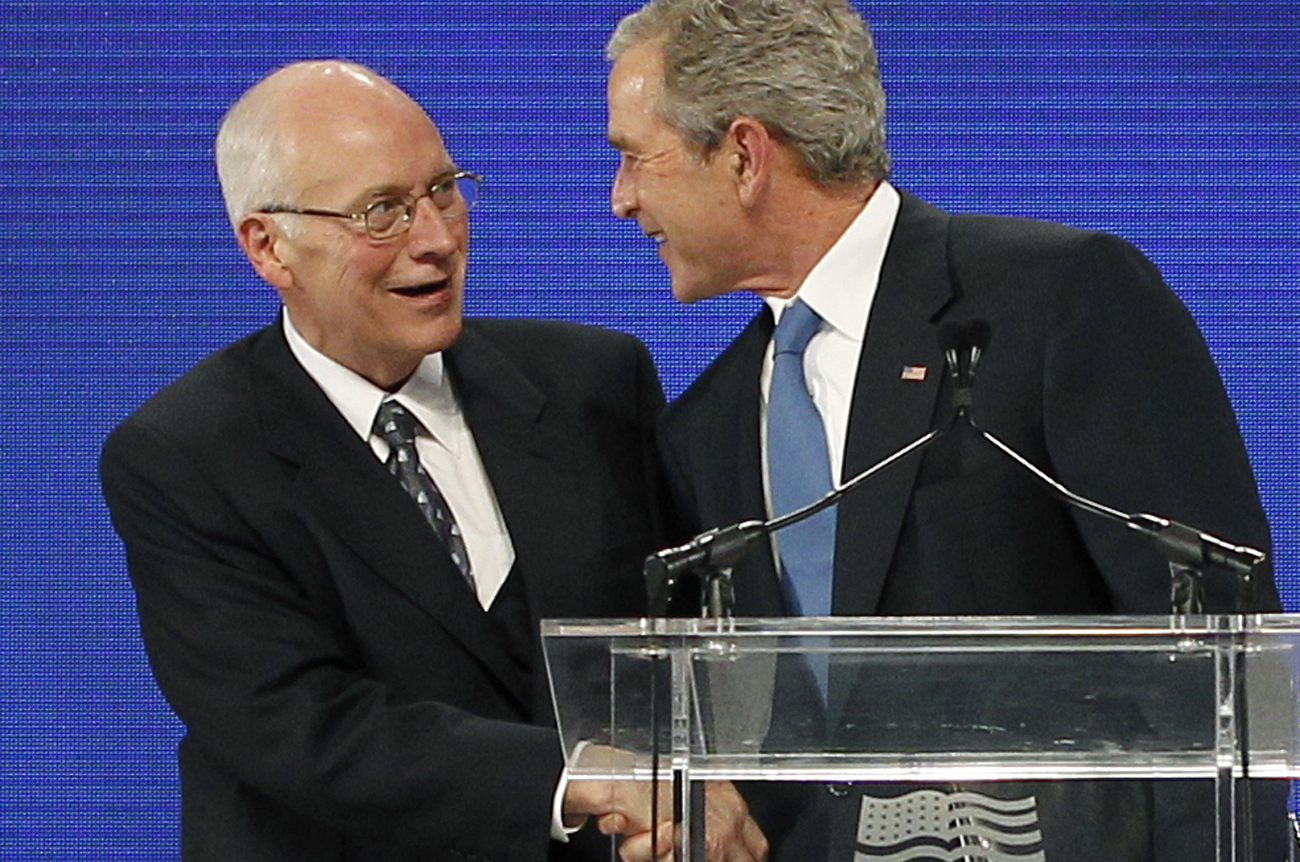 Want some more unequivocal, manifest proof that the universe is fundamentally unfair? Try this on for size: Dick Cheney, architect of the 2003 Iraq invasion, along other failed foreign policy adventures, just got a heart transplant. RICHARD POPLAK ponders the exigencies of keeping the devil alive.

In 1967, a dashing South African doctor named Christiaan Barnard put Denise Darvall’s heart into Louis Washkansky’s chest. The undertaking was officially known as a “heart transplant”, and it was quite the story. Barnard was a genuine South African hero, at a time when the country was better known for shooting children to death. (It seemed a worthy paradox: we were either absolutely evil, or dazzlingly benevolent. Barnard was the blond Id to our midnight dark Ego.)

Turns out, Barnard was something of a straw man. Had he not plonked a foreign ticker in a foreign chest, someone else would have. Right place, right time. And at this precise point in human history, written from a heart-disease-free perspective, we can forcefully say the following: thanks for nothing, Chris.

Let’s get right to the horror story portion of this morning’s entertainment: once upon a time, there was a sickly policy wonk type, name of Dick Cheney. He found himself, much like Barnard’s first heart, at the right place at the right time. Constantly. With Forrest Gump-ish alacrity, he has worked for every right wing American prez since Eisenhower. He died for the first time when he was 38 – his heart practically exploded in his chest, what with all the hard work, late nights, and reading of Paul Wolfowitz cables. Photo: Former U.S. President Gerald R. Ford talks with his Chief of Staff Donald Rumsfeld (L) and Rumsfeld’s assistant Richard Cheney (R) in the Oval Office of the White House in Washington in this 28 April 1975 file photo. Ford has been admitted 15 August 2006 to the Mayo Clinic in Minnesota for “testing and evaluation”, his office said in a statement. REUTERS/Courtesy Gerald R. Ford Library/David Hume Kennerly/White House Photograph.

His first death turned out to be an introduction to the figure wearing black robes and carrying a sickle. What did they discuss during the moments when Cheney was legally dead? Did they play chess? Did they discuss the gossamer thin nature of life and the vastness of eternity? Or, my guess, did they swap trade secrets?

Whatever the case, turns out Cheney learned something from that encounter. He learned he would have a quadruple bypass surgery and dozens of other catastrophic health Snafus, and would, despite his many talents, not be able to die. Take a moment to step into the consciousness of someone who has constant brushes with death, and is incapable of crossing over. You’d probably get the sense that, hey, God had some stake in your longevity. You’d probably think that you were bullet proof. Dick Cheney was Gerald Ford’s chief of staff, for Pete’s sake. He drifted through the rise of the neo-con movement like a winged angel, organising, activating, deal-making. Then, after 5,000 years as a Republican insider, he became the most influential vice president in the modern history of the post. He was George W. Bush’s daddy. He spread those dusky angel wings, grabbed his sickle, and screeched into Iraq. Fragile as a robin’s egg, swathed in the bubble wrap of his America Alone ideology, Cheney was able to survive the privations of the vice presidency. But two years after the fact, his ticker gave up the ghost. He has something called the ventricular assist device installed – a sort of battery-powered doodad that keeps the heart going, but leaves the recipient with no pulse. Yes, for the past two years, Cheney was, clinically speaking, a vampire. Surely, it was only a matter of time before he moved into a castle and said to visitors, with a Romanian accent, “Listen to ze wolves. Cheedren of ze night.”

Instead, Cheney quietly placed myself on the roles of those looking for a donor heart. Dead in a car crash or some other calamity, donors part with this earth thinking they’re going to save the life of a teenage lad or a sunken faced mother of eight in her thirties. Instead, this heart ended up in the carcass of a 71-year-old mass murderer who probably has four more millennia on the odometer in any case.

My father says it best: No good deed goes unpunished. And so Cheney will rise from his gurney, pull the IV tubes from his arm, polish his incisors and head back into the political fray to play his role of Republican elder statesman during the elections, bashing the Dems for not killing enough people in a condensed enough period of time. A question: what did the doctors find when they cracked Cheney open? What did that desiccated organ look like? Where did they put the damn thing? That Cheney never needed it is hardly the point. He waited 20 months for a new heart. He did not, by any account, fast-track the process. He did not subvert Obamacare.

But one thing is for certain: F Scott Fitzgerald said there were no second chances in American life. And Cheney has had about 20 so far. Which is not the case when it comes to the 4,000 or so servicemen who lost their lives in Iraq, to say nothing of the legions of dead Iraqis.

No, life ain’t fair. Dick Cheney does not possess the capacity to die. One looks forward to him fulminating on the Rush Limbaugh show in the next few months. Who knows, in 50 or so years, he may well be in good enough shape to run for the presidency himself. DM