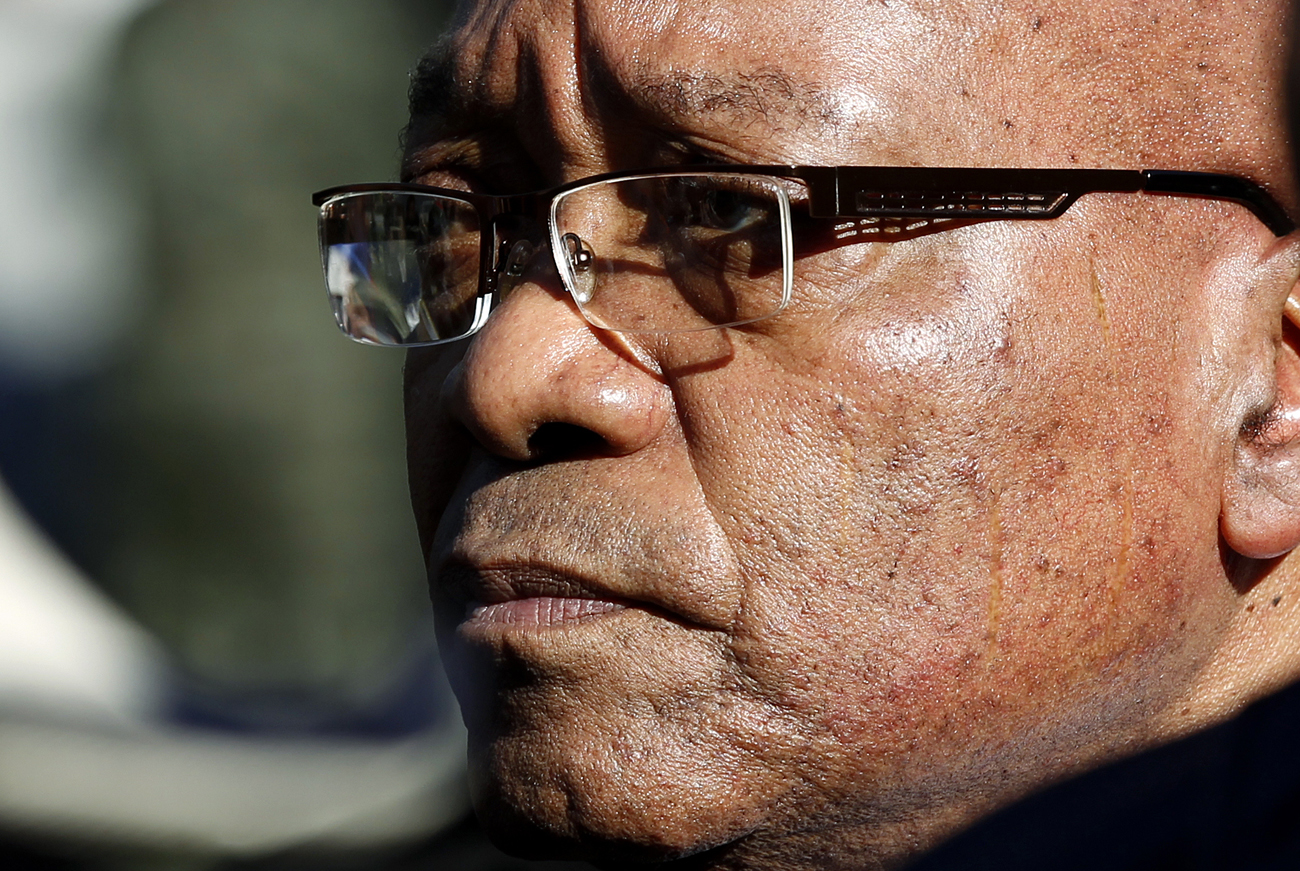 The ANC is pissed off. And getting more so. More and more it's finding that the supposedly untrammelled power some of its members believe it has a right to possess is simply not that – that in fact, it's hemmed in on all sides. The ANC sometimes believes it's different. In this, it's exactly the same as in every democracy. Being in power in a free country really means that you get to take all the responsibility for a while, and have just a little bit of the power. Winning an election is really the quickest possible route to a five-year-long headache. But this week's Supreme Court of Appeal decision is beginning to sharpen tempers among some in the ANC. The party is showing signs of losing its patience. And once that happens, misplacing its temper can't be far behind. With implications for all of us. By STEPHEN GROOTES.

You will have to go back pretty far to find a public statement issued by the ANC that is as angry as the party’s reaction to Tuesday’s judgment. It talks about the DA using the courts to “undermine and paralyse government”. It also laments the granting of “blanket permission to political parties to review any State decisions, using courts”. The ANC has, commendably, so far always obeyed every court order, even those that must have stung, such as the Nevirapine case. However this really seems to show that the day when an ANC leader seriously contemplates not doing so may be coming closer.

Of course, the reason this particular piece of “lawfare” raises the party’s temperature so high is because it revolves around the ANC leader, President Jacob Zuma. It is a case around him and whether dropping the corruption charges he faced was right or not. It’s also recognition that this issue is political dynamite – both for Helen Zille, but, far more interestingly, for some factions within the ANC itself. One of Zuma’s main political problems has been that he has to play for keeps. Should he ever lose any type of internal ANC election, he has to worry that his successor could easily bring those charges back. They were withdrawn, not dropped, remember?

The other reason is that this is going to be a long-running saga. It may seem odd now, but there’s a chance that this particular case could actually turn out to be one of the defining issues of the 2014 general election. The DA could try to make it about the rule of law versus the rule of Zuma. They already tried the “Stop Zuma” approach in 2009. With some success. Why not try it again?

Having said all of that, we need to seriously examine how the ANC is going to react to a fundamental problem that it faces. At the ballot box, its numbers are declining. There is a good spin put on this by Jessie Duarte. She claims that the actual number of people voting for the ANC has stayed the same. To an extent, that’s true. But our population now is bigger than it was in 1994.

And there’s a real voting numbers issue for the ANC. In the three northern provinces (Mpumalanga, the North West, and of course, God bless it, Limpopo) which routinely deliver massive majorities for the party, half the eligible voters are not bothering to vote. Lest we forget, these are provinces where the vast majority of people were not allowed to vote during apartheid, just one short generation ago. So for them to not be voting now means something quite exceptional is at work. Either they’re so turned off by the prospect of voting they simply can’t be bothered, or they’re waiting for something else to come along. Generally speaking, the poorer you are, the more government affects your life. If you’re rich, you go to Sunninghill. If you’re poor, you get your dialysis at Chris Hani Baragwanath. Thus you vote. So it must be because there’s nothing politically attractive at the moment. At some point, that may change.

Presumably, the ANC knows this. And those in its upper echelons must surely be tossing and turning at night.

So then this brings us back to the original problem. If we take a very cynical view of the ANC, just for a moment (stop it Stephen! – Ed), you would face the question, “How do we stay in power” in quite a stark manner. Firstly, you remove what you perceive to be the limits to your power, the things that stand in your way. Obviously in this case, you begin with the courts. You blame everything that goes wrong on them, to bolster your political case to abolish part of their power. (Hello, Ngoako Ramatlhodi.) Then, you take aim at the Constitution. You talk about how it’s to blame for all the world’s ills. And if you win that fight, you take things from there. The media of course, that would be next. It’s always going to be a problem. And then you can move on to strengthening the police, changing its ethos from a “service” to a “force” – to keep any pesky Human Rights Day protestors in line.

All of this might sound pretty scary. But there are several reasons to think it’s not going to end as badly as it may seem.

Firstly, the above is predicated on three massive assumptions. That everyone in a leadership position in the ANC thinks in a certain way. They don’t. Really. The second, is that even if they do all have a certain Chinese-style martial tilt in their thinking, that the party is capable of getting it always right on the ground. The fact that most of the Polokwane resolutions haven’t been implemented four years later is proof that actually getting things right on the ground isn’t necessarily the ANC’s strong suit under Zuma.

But the biggest assumption is that nothing will happen to stop these trends. And plenty is already happening to stop them. The ANC could well look back on the political battle over the Protection of State Information Bill and realise it was there that its Waterloo started. Because it forced all the opposition parties together for the first time. And then pushed Cosatu and its lower-middle-class-and-thus-possible-DA-supporting-in-the-future-members into the same corner.

Overall, our majority is getting to the point where the ANC is going to face a choice. Either it must govern effectively, properly and fairly, and be seen to be doing so, or it has to go the authoritarian route. But this country’s people fought too long and too hard to allow that to happen. And the world is a different place now. Even in a country as closed as Syria, video footage of soldiers turning on civilians is televised. It is in the ANC’s interests to drop the nonsense and start to govern properly. Unfortunately, it’s not in Zuma’s interests. As Tuesday’s court ruling showed us so starkly. DM