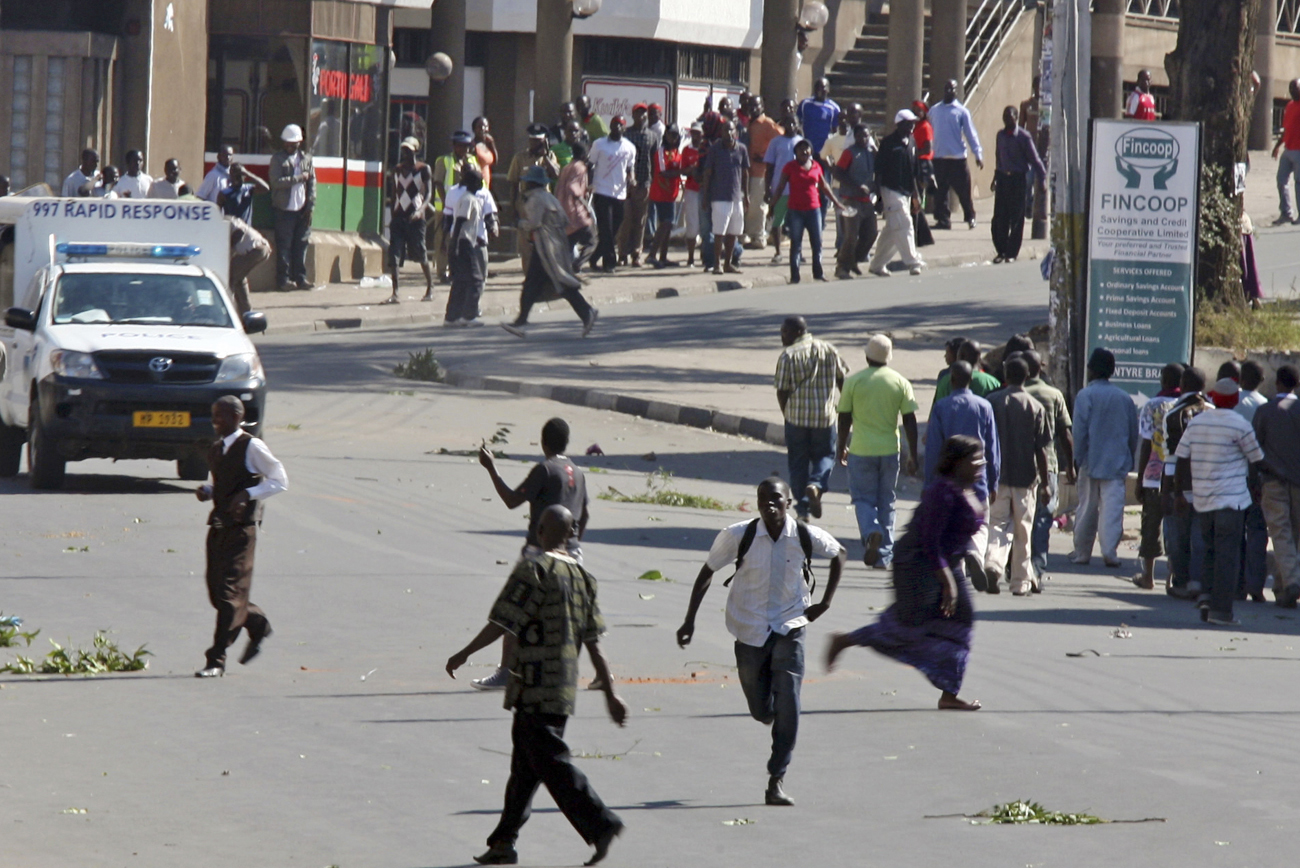 The tear gas, flames and protests in Malawi against President Bingu wa Mutharika have become a national pastime. But now Malawi’s politicians are getting involved, which can only make it more difficult for Mutharika to keep getting his way. By SIMON ALLISON.

The scenes are becoming familiar in Malawi: angry demonstrations broken up by angry police, the smell and sting of tear gas in the air, the flickering light and searing heat of things like cars and police stations on fire. The latest anti-government protest came on Sunday evening and it followed a familiar pattern.

Organisers applied for permission to hold a rally, which they claim was approved by the relevant authorities. The relevant authorities disagree, giving the police all the justification they needed to disperse protestors however they felt. The protestors fought back and suddenly a peaceful protest turned into a riot. Someone had to take the fall, and so the police arrested the figurehead of these particular protests, Atupele Muluzi, charismatic politician, aspirant president and heir to the political throne of his father, former president Bakili Muluzi.

This was a turning point in the fight against the increasingly autocratic and eccentric government of Mutharika. Previously, protests had been organised by civil society organisations, the formal political opposition establishment reluctant to get too deeply involved. And civil society did a pretty good job, keeping the heat on Mutharika while trying to keep tensions from boiling over, preaching non-violence and compromise rather than revolution.

But Muluzi junior’s involvement changed this, bringing an overtly political dimension to what was a popular rather than political movement. Both Muluzis, Atupele and Bakili, belong to the United Democratic Front, which was the party that unseated former dictator Hastings Banda in Malawi’s first real elections in 1994. Bakili served two terms (trying and failing to legally justify a third) before choosing his successor: a competent if uninspiring politician called Bingu wa Mutharika. Mutharika piggy-backed off Muluzi’s popularity to get himself elected, but once he was safely ensconced in State House, Mutharika ditched his benefactor and struck off in his own direction controversially forming his own political party, the Movement for Multiparty Democracy.

With this, the UDF suddenly went from ruling party to minor opposition party, securing only 18 parliamentary seats in the elections in 2009. Bakili Muluzi went from power behind the throne to political non-entity, constantly harassed by Mutharika’s government about corruption allegations. And Mutharika went from the man entrusted to continue Malawi’s democratic development to a petty tyrant trying to bring back Banda’s dictatorship.

Fast-forward a few years, and enter Muluzi’s son. Atupele wants to continue in the family business and stand as UDF candidate in the 2014 elections. To that end, he’s been on a whistle-stop campaign tour across the country, trying to whip up support for his bid which is viewed with some consternation by party elders worried about Muluzi senior’s undue influence. According to some reports, his candidacy is also illegal in terms of party regulations, as he needs to be at least 34 years old before he can stand as party leader (he’s only 33 now). But he’s popular, there’s no denying that, especially with Malawi’s youth who make up a disproportionately large percentage of the population.

And he’ll be even more popular now. It’s rare that a spell in prison does a politician any harm at all, especially when he’s been locked up by the very government that he’s accusing of authoritarianism. What a way to prove his point. Atupele is already being described as a “political prisoner” in some quarters, and his incarceration will help dispel criticisms that he is too green and untested.

Until now, opposition political parties had been reluctant to get directly involved in the popular protests against Mutharika. Perhaps it’s been self-preservation or merely a sly strategy to wait until the time is right (closer to the 2014 presidential elections, presumably), but so far Malawi’s civil society has been doing all the hard work. And they’re still at it, just last week issuing President Mutharika with a 60-day ultimatum: resign or face increased civil disobedience.

But Atupele’s arrest and the UDF involvement brings one of Malawi’s major parties with plenty of residual support into the anti-Mutharika camp. What exactly this means for the protests is unclear, but it surely increases the pressure on Mutharika’s head. Now he must defy not just easily-dismissed NGOs, but also members of parliament. And those politicians that do embrace the protest movement are likely to benefit from a surge in popular support.

This all sets the scene for 2014’s presidential elections. Mutharika is not running as his two terms are up and he’s not silly enough to fiddle with the constitution, instead circumventing it by pushing for his brother, Peter, to run in his place. Peter Mutharika is seen as a stooge for Bingu, an attempt to turn his presidency into a dynasty. In a wonderful irony, the person at the moment most likely to upset this plan is Atupele Muluzi, looking to continue his own family dynasty.

But a lot can and will happen between now and 2014. Malawi’s main opposition party, Hastings Banda’s Malawi Congress Party, is keeping relatively quiet. No one’s quite sure what the civil disobedience promised by the civil society coalition will entail or how widespread it will be. And we’re even less sure about just how far Mutharika is prepared to go in suppressing genuine opposition. All we do know is that over the course of the next two years, Malawi will figure out whether it is a democracy or a dictatorship. For now, and with some hesitation, our bet’s on the former. DM