Hunting Kony: The Ultimate in Brodude-ery

Hunting Kony: The Ultimate in Brodude-ery 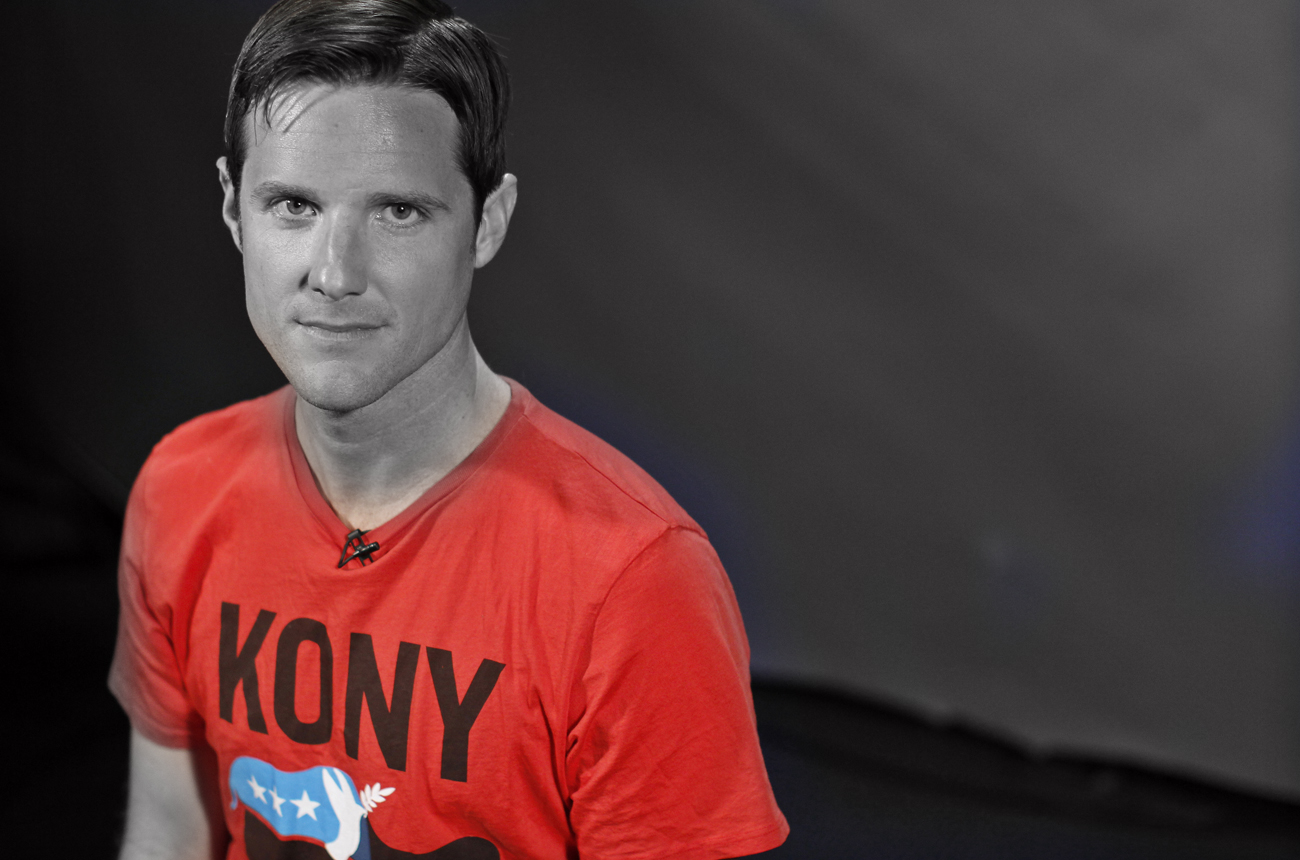 RICHARD POPLAK has just landed in Entebbe, the satellite town that serves as Kampala's airport. This is where the hunt for celebrity bad guy Joseph Kony begins. He imagines a bunch of frat boys doing exactly that. (To be read as a series of Facebook status updates).

Dude! Psyched. About to land in Uganda. Drank mini-vodkas and watched Kony 2012 on laptop all flight. Also, watched Bourne Legacy again. Basically, combine those two movies, and y’all will get how kicked Kony’s ass is gonna be.

Air stewardess chick just yelled at me for using iPhone during flight. Dude, when you stop killing kids, I’ll stop Facebooking on your airplanes.

Moose just puked mini-vodkas into barf bag. Dude looks green. Devin is sweating, probably thinking about what he’ll do to Kony when he gets him in a headlock.

Whoa! Airport runway has tar on it! Wondering if we took wrong flight. Asked air stewardess chick. She just handed me refresher wipe.

Listening to Led Zep’s Kashmir on iPhone to get psyched, because we’re like so close to Kashmir, and you need to think like the enemy to beat the enemy.

Moose has puke stains on Kony 2012 t-shirt. Dude has no respect.

@Rihanna. I’m here, girl. You don’t know me, but I’m gonna Run This Town in about t-minus 2 hours. Word!

Um, airport cleaner and better than JFK and O’Hare. Devin is like, Bro, are you sure this is Uganda? I’m like, I guess so. Gonna suck when Obama has to bomb the crap out of this place.

Yelled at customs guy to be understood. He yelled back at me in perfect English. Dude, what’s happening here?

Moose almost broke cover. When customs official asked why we are here, he winked and said, “Just gonna do a little hunting”. And also, we warned him about the winking thing. They hate gays here almost as much as they do at Virginia Tech.

Fifty bucks for a visa? Dude, is this Africa? I keep trying to explain to the customs guy that I’m American, but he didn’t get it. Supposed to be cheap here. That leaves us, like, 300 bucks for beer, AKs and a truck.

@George Clooney. Doing it for you, bro. I’m acting all stoic like you in Syriana. I’m killing it.

Screw stoic. Told customs guy that our freakin President was born in this country, and that he needs to give us a discount. Just looked at me sadly.

Where are all the drugged out children? This place is so free of poverty and sadness that it’s a total buzz kill.

@Invisible Children. Not gonna be invisible for long, y’all. Just slipped guard one dollar bill and asked him where we could score three AKs and a Ford 150.

Guard talking to other guards. I’m downloading YouTube video on what to check for when buying second hand AKs. Just some dude babbling in Arabic.

Local businessman yelling at Devin for Kony 2012 t-shirt. Way to get defensive, dude.

Dudes! Back on plane – deported. @PhiBeta – bros, organise another Kegger, this time with strippers. This Kony dude has the entire airport in his pocket. We’re gonna need to throw $20 bills around here to get close to the guy.

Man, Africa is a joke. Until they get serious about dudes using drugged up heroin babies as soldiers, we’re gonna keep coming back. In fact, me, Devin and Moose are thinking of shooting a movie. You know, to get the people more activated. DM

Photo: Jason Russell, the creator of the Kony 2012 viral video and a co-founder of the advocacy group Invisible Children. REUTERS.