Bloodlust and emotion deadly to judgement

Bloodlust and emotion deadly to judgement 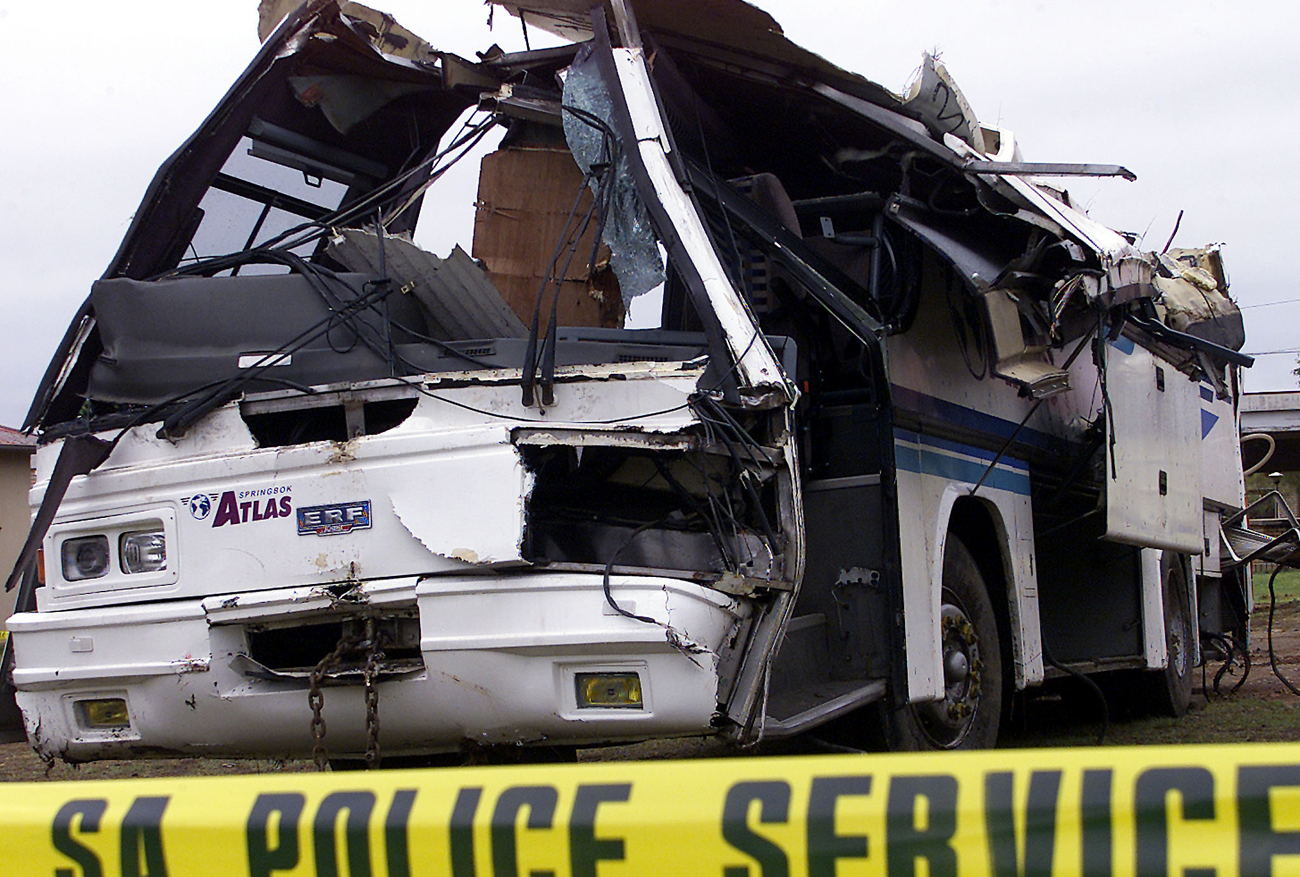 This week transport minister S'bu Ndebele has been at it again: calling for drivers who cause accidents to be charged with murder. Suggesting that they're guilty of a premeditated decision to go out and kill someone. He's fundamentally wrong. And the reaction that he is getting is a warning signal to all of us that something is deeply wrong with our society. This is dangerous. It's going to end badly. And we must all put a stop to this madness. By STEPHEN GROOTES.

I have two children. If they were to die because some moron driving them to school in a minibus taxi decided it would be quicker to go around traffic and through a closed level-crossing, and then got hit by a train, I’d want him to pay the ultimate penalty. Which is exactly why I would not allowed to be the judge in that drivers’ case. Incidentally, this is also why it’s not a good thing that Ndebele is leading the charge. His 15-year-old child died in a car accident – for him this battle must be personal. He is not the right person to be doing this. Every time he visits the scene of an accident, that emotion must come straight back to him.

The law is supposed to be calibrated. If someone kills someone, on the facts of it, the law makes allowances for the fact that life is more complicated than a simple yes or no, guilty or not, of taking a life. Was the person who is now dead threatening you or your family? Were they armed? Were you? Did you kill them for some kind of benefit? Were you related to them? Had they harmed you before and killing them was the only way out? All of these are questions that our law deals with whenever any person dies at the hands of another.

It’s this understanding of the complexity of life that’s allowed a woman found guilty of killing her husband to walk free, because he had abused her for several decades. It’s also allowed a mother to start a new life, after killing her drug addict son.

In the case of traffic accidents, there’s a difference between breaking the speed limit by 10km/h or by 60. As Gareth Cliff could tell you, the difference is about R9,500. But if you cause an accident, the speed at which you are traveling is taken into account. So is the question of intoxication.

What Ndebele and his fellow travellers are doing is to say that all of this careful calibration that is inherent in the law suddenly no longer matters. That life is simply black and white, and nothing else. If our political history has taught us anything, it’s that nothing is simple. And yet that’s being ignored here.

To anyone who thinks that a driver who causes an accident because they are drunk intended to do that, I would like to give the following advice: grow up! Really. No one goes out into the road intending to cause an accident. That doesn’t mean they should not take responsibility. They must. And they must take the full responsibility the law places upon them. Which will be fairly tough without the idea of a murder charge being thrown at them.

But by bringing out the A-bomb of murder, all that is happening is that emotions are being heightened. Nothing constructive comes out of it. Everyone commented on the behaviour and actions of Jacob Humphries when he was convicted of murder for “killing” the children in his taxi on that railroad crossing in Cape Town. There were mutterings about the fact he didn’t seem to feel any remorse. I don’t know him personally, but surely the fact he was charged with murder played a part in that. If he were told you did this, you caused this accident, you have to pay a price, and that price is the one already enshrined in law, perhaps he would have thought about accepting it.

Instead, the National Prosecuting Authority, led by a boss who simply doesn’t know any better, decided it would be better to let loose the mob with their pitchforks. And so Humphries could perhaps be forgiven for thinking that he wasn’t getting a fair deal. And thus he decided to react in a particular way. And that particular way no doubt added to the trauma of those children’s families.

And so no one was helped.

At the same time, they are running a huge risk. It would be easy for a defence lawyer to take any murder convictions on appeal to Bloemfontein, or even Constitution Hill. There the argument could be relatively simple. Why in some cases were people charged with murder, and in others not? Were some chosen to “make an example”? This is not Grade Two, this is real life. Prosecutors aren’t allowed to beat someone to show the rest of the class how strong they are. And why are traffic accidents so special? Why are drivers causing loss of life on the roads being charged with murder, and not, say a train driver, or a crane-operator whose actions cause a death? These inconsistencies could easily derail the entire case. With the awful outcome that a person who would easily be convicted of reckless and negligent driving walks free on a murder charge.

Imagine how that will make the children’s families feel.

All that is happening here is that government is taking short cuts. Again. It’s exactly like the claims around the Constitution. Land reform is possible, through the Constitution. It’s just harder. It’s possible to punish people who cause accidents under the current law. It’s just not as satisfying as charging them with murder. It doesn’t satisfy one’s bloodlust quite as nicely.

The fact is, the law is supposed to strike a balance between several competing desires when accidents like this happen. But it is not supposed to give in to the thirst for revenge. The law is not Jean-Claude van Damme. It’s supposed to be magisterial, not muscle-bound. There should be no place for testosterone and emotion. There should be a clinical approach, where every fact is placed on the scales and given an appropriate weight. Where motive is considered carefully and thoughtfully.

We should not give in to our baser instincts for blood. Or headlines. DM

Photo: A tourist bus stands inside the police station yard in Piet Retief, 285 km east of Johannesburg on 31 October 2002. Nine foreign tourists from Britain, Canada and Germany were killed and 12 people injured when their bus crashed in South Africa on Wednesday while travelling to Johannesburg from a game farm in KwaZulu-Natal, officials said. REUTERS/Juda Ngwenya.