The tarnished soul of Frank Chikane

The tarnished soul of Frank Chikane 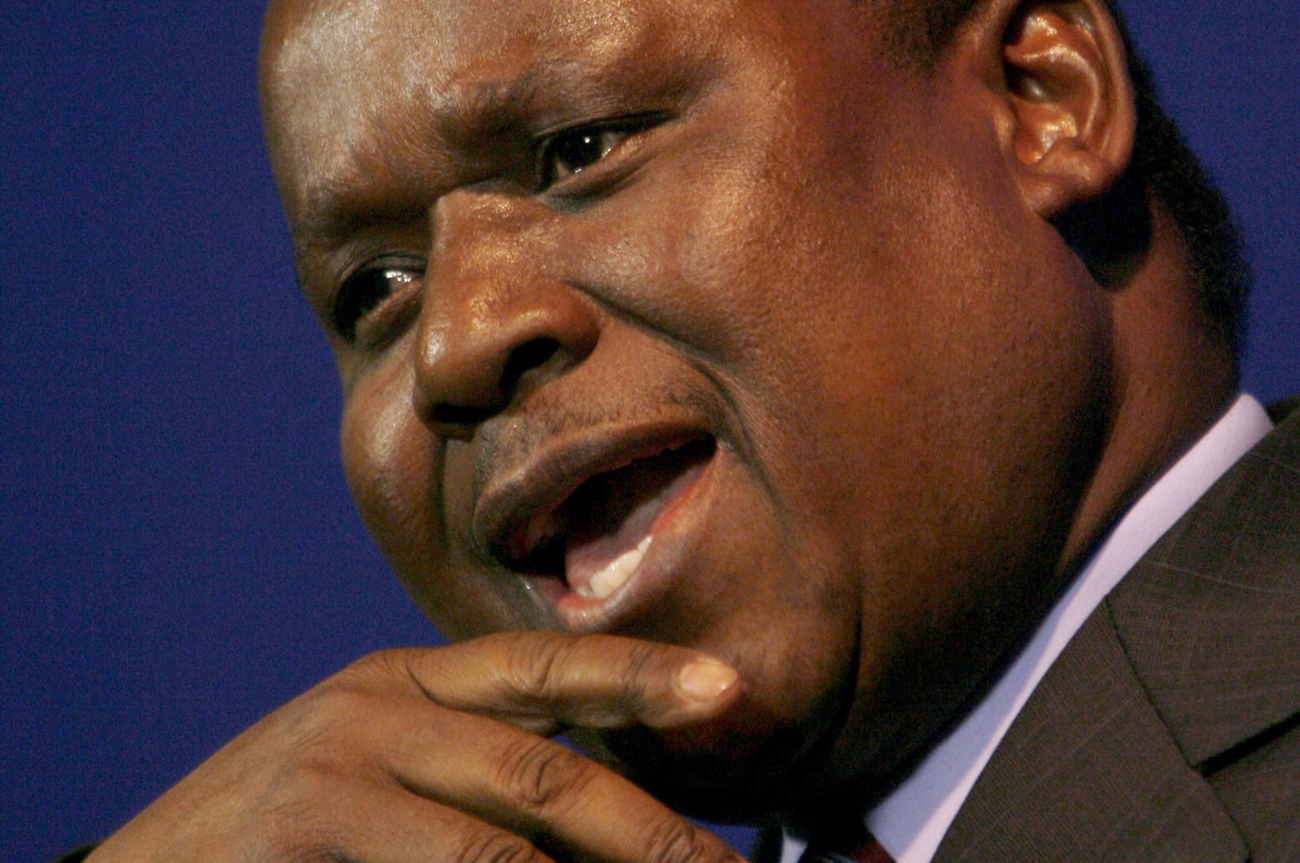 Former presidency director-general Frank Chikane has set the Mbeki-cat among the Zuma pigeons somewhat with his book Eight Days in September, his insider's account of the rather abrupt recall of former president Thabo Mbeki in 2008. It is unusual to see an ANC man write in this way. The books' primary claim, that the main motivation behind the recall was fears about the corruption case against then president-in-waiting Jacob Zuma, rather than the Nicolson judgment itself, produced a slight shock. But then things swung back against Mbeki somewhat, as we remembered Aids, crime and Zimbabwe. But what we really need to be looking at is the motivation behind Chikane himself. By STEPHEN GROOTES.

The fact that this book is a political statement is present in the title itself. Chikane may not be an old movie buff, but someone at his publisher is. In 1964 Kirk Douglas and Burt Lancaster had a sure-fire hit with the film Seven Days in May, the one about a right-wing general who’s planning to mount a coup in the US. Douglas plays the role of the lower ranking officer who becomes aware of the conspiracy, and has to stop it. It’s an idea that’s worn its age well. Somehow, the resonance is too uncanny to be anything less than deliberate.

Defenestrated politicians generally write books for one reason: to show that they were right. The act of publishing a book about politics – real events – is proof that you are finished, out of there. It’s your final political act, your parting shot (the sole exceptions are those Americans who get to publish acres of policy dressed up as a book during election season). It is proof that you really have no other option but to go to the public and show your side of the truth.

Generally speaking, it doesn’t change much, if anything.

And it won’t in this case either. People have long ago made up their minds about Zuma and Mbeki. It’s really that simple.

But we do have to ponder a few questions. Chikane of course is going to be the insider who didn’t do anything morally wrong. The man is a reverend. Famously, he had to minister to a wedding couple during the weekend the recall played out. His is also one of those stories that brings home some of the great tragedies of the ANC – that some people who fought against apartheid, racked up wounds, lost their families and gave up everything for the fight for freedom, eventually ended up in government where they succumbed to temptation.

Chikane was a giant of the struggle. As general-secretary of the South African Council of Churches, it was he who was targeted by PW Botha and Adriaan Vlok for assassination. Chikane survived the planned bombing, and then went on to allow Vlok to beg for forgiveness. When Vlok knocked on his office door in the presidency and asked to wash his feet, it must have taken super-human strength not to kick him in the process.

And yet, it was during those years in government that Chikane’s soul lost its sheen.

In almost any government, the person who runs the presidency, whether they are chief of staff, a director-general or the president’s political advisor, is going to make moral sacrifices. Governance is hard. Secrets have to be kept. Sometimes lies have to be told. It’s the nature of Leviathan. So it would be unfair to say Chikane made a pact with the devil. Perhaps he tried to stop the worst of Mbeki’s excesses on Aids. Maybe he thought he would be able to keep track of his moral compass, and make a difference in the direction of government.

It was the Mbeki years and the actions of that president that really set us on the course we’re in now. It was Mbeki who first politicised the National Prosecuting Authority. Not Zuma. Mbeki appointed Bulelani Ngcuka. Mbeki started cadre deployment, not Zuma. If there was a turning point at which South Africa was going to choose to take the high road or the low road, that fork was during the Mbeki years, and not the Zuma years. And Chikane was helping the driver.

On the 24th of September 2007, Heritage Day, Mbeki suspended then NPA head Vusi Pikoli. It was an act that shocked everyone. No one had expected it. The next day, after the long weekend, Mbeki decided to brief the leaders of the opposition parties personally about it at the Union Buildings. Hacks were invited to doorstop them afterwards. There was huge suspicion about why Mbeki had done it. Polokwane was just two months away. Zuma was facing corruption charges. It was getting real.

Out of the blue, officials announced that Frank Chikane himself would leave his office, and personally come and take questions. It was almost a unique experience. He was not someone who sought the limelight at the time. With his distinctive preacher’s voice, his smile firmly fixed, the charm switch in the “on” position, he answered every question we could think of. Mbeki was doing the right thing, following the Constitution, this was a matter of grave national importance etc.

It was all a crock of lies.

Mbeki was protecting Jackie Selebi’s arse. Nothing else. Just that. And Chikane was the guy who went out and smoothed it all over. He personally blessed a mortal sin. He gave his moral authority, his reputation, to help Mbeki along. And so turned Judas on our Constitution.

Having said all of that, it’s worthwhile to assess his claim about the Mbeki recall. Was it because of the Nicolson judgment, or because the ANC’s national executive committee needed someone else in the presidency to stop the corruption case against Zuma?

It must be remembered that at the time, ANC secretary-general Gwede Mantashe was making his comments about judges and “counter-revolutionaries”. The temperature was so high that Zapiro sketched his famous “Rape of Lady Justice” cartoon. And tempers were rising against Mbeki too. He had refused to come to NEC meetings, despite being invited. He was ruling as if Polokwane hadn’t happened. He almost had to be forced to accept Kgalema Motlanthe into the Cabinet, despite the fact the NEC had decided he must become a minister.

In short, the ANC was hugely frustrated.

At the same time, in the courtroom in the Pietermaritzburg High Court, as Judge Chris Nicolson was handing down his ruling, there was a strange atmosphere. It was an application by Zuma to set aside the NPA’s decisions (there were two, one in 2005, one in 2007) to prosecute him. No one saw him actually succeeding with it. It was seen as part of his Stalingrad legal strategy, in which every single issue was argued. When the decision came, it seems now, not everyone was so surprised. It’s not that some people understood the law better; the Supreme Court of Appeal threw out the judgment five judges to nil four months later. Quite frankly, I’ve often thought that somehow, some people in the ANC knew this was coming. Julius Malema’s sound bite just an hour after the ruling was “Bye bye Mbeki, bye bye”. Very quick, even for him….

If this is so, there is some strength to Chikane’s claim that the judgment was just the pretext for the Mbeki recall. But so what? It doesn’t make Chikane’s motives any better. And we know now that Zuma doesn’t worry too much about legal niceties. Last year’s ruling on the Menzi Simelane case is proof of that.

One of the main motivations behind a political book written by someone who used to be in power is anger. They lost. Someone else won. Chikane’s book is a parting shot. That’s all. DM