The Graduate. The 81-year-old graduate 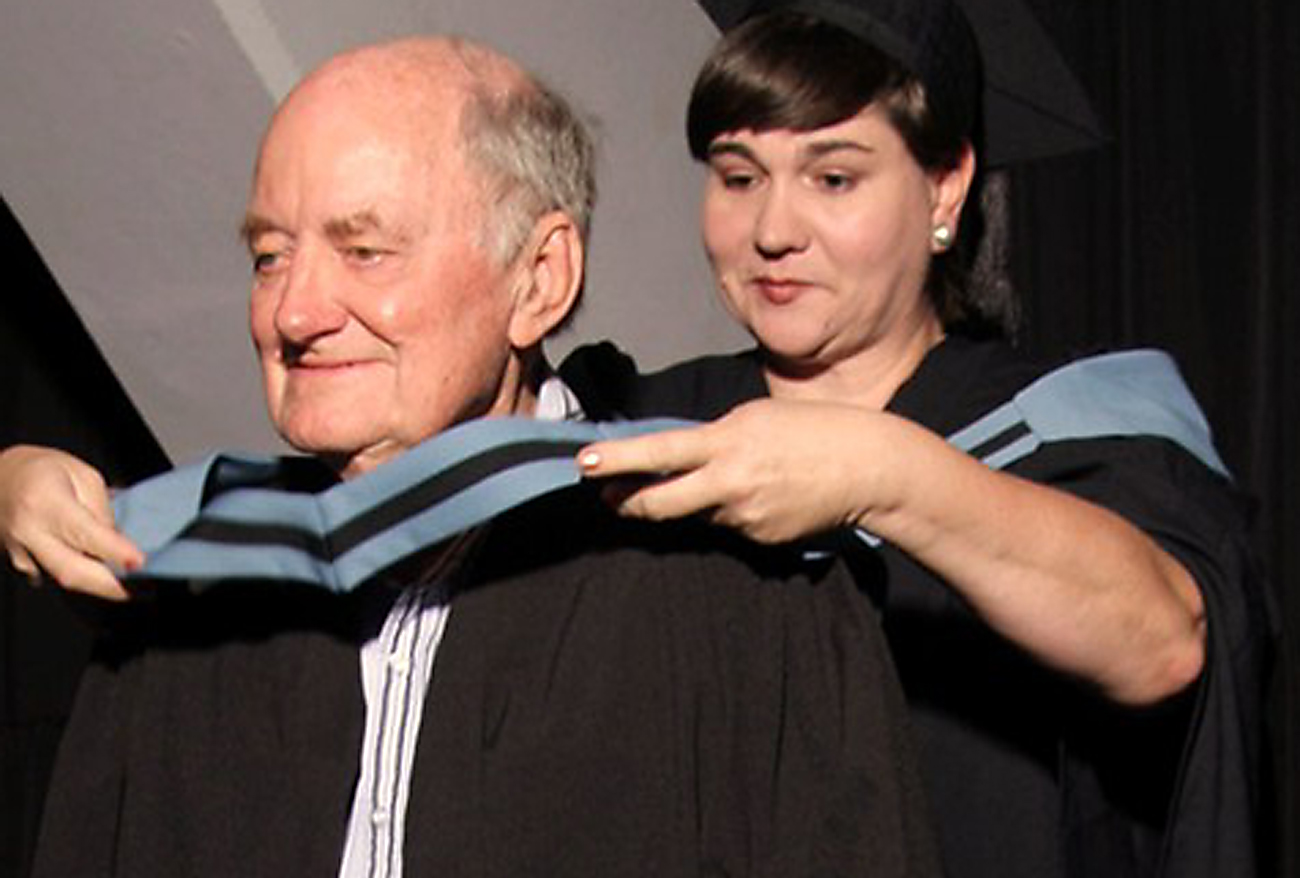 Clive Archer matriculated in 1947, shortly after World War II. That was before DF Malan and the National Party were elected in South Africa, before the Cold War, before Elvis. Man’s first landing on the moon was still 22 years away. This month Archer graduated from Milpark Business School, making him the institution’s oldest graduate. By GREG NICOLSON.

After matric, Archer became an apprentice at an engineering company working in the workshop in fitting and turning.

“It was fun,” he says over the phone from Cape Town, but he can’t explain how the job compares to the modern practice. “Since 1952 I haven’t been back.” Archer became a clerk in the Western Cape’s largest cement producer and worked his way up to an accounting position. He then moved to the life assurance industry and worked for Old Mutual, a sector that’s changed markedly. “By 1984 there were 11 unit trust companies in the country. Today there are over 1,000,” says Archer directly, without having the time to elaborate like so many of his age stereotypically do. In 1992, he officially retired but wanted to follow his interest in investments as an independent broker and started his own company.

Why is he still working? “I have a young family and I’ve got two sons at university,” he answers like a parent burdened by obligations. He says that to stay in the investment business it’s essential to keep studying. Archer became a father at the age of 59 after re-marrying. He had no children in his previous marriage that lasted 20 years. “I decided when the first one was born that I would try to stay in business until the children had completed their education and I still have three years to go.”

But Archer’s work is more than just a paycheque. Asked if he envies those who have retired, he says he thinks they envy him – “I think they die of boredom.” He describes some of the elderly friends he visits as “vegetating” and says he hasn’t had any problems with Alzheimer’s disease. “Staying busy certainly helps… Most of the people I do know who have Alzheimer’s or something similar have not been mentally active.”

“I’m certainly not a study-holic but I’m able to absorb stuff quite well.” While working in investments Archer has had to continually sit through tests to prove his knowledge of changing regulations and maintain his licence to practice. He’s not always the hardest worker, he says, but he “can pick things up pretty well” and has figured out how to handle exams.

On graduation day Archer got to wear the robe and sash, but not “that flat hat”. He graduated from Milpark Business School’s Cape Town ceremony with a certificate in financial planning. He studied the certificate by correspondence so wasn’t subjected to anything like The First Grader where an elderly Kenyan returns to study alongside children.

But he was at Milpark while his two boys were still studying, creating an interesting family dynamic. “I beat them to the graduation,” he laughs, “but they are doing a lot better than I’m doing. One got seven distinctions in matric,” says the 81-year-old.

Archer’s son, Eric, says he is an inspiration. While the boys were preparing for their exams he was there alongside them studying and ensuring the boys worked hard. Eric says it’s inspiring to see his father continue to keep pushing at his age.

“He had children at such old age and he’s so committed to his family,” he says over the phone after coming from a rugby match. Archer always encouraged them to pursue their chosen sports, says Eric. He says it’s an inspiration that while his father was studying alongside him and his brother, he was also working and dealing with clients.

“It does cross my mind that it’s a bit weird,” says Eric, remembering how people can be astonished when he tells them how old his father is. Most bachelor students at university are in their early 20s and masters students in their late 20s or early 30s. But to Eric, his dad’s age and studying are normal. Archer walks every night and often takes Eric with him. “He likes to know how we’re doing and things like that and likes to ask questions and likes to look things up,” says the son. “Ever since he discovered Wikipedia it’s like his best friend.”

With his two boys still studying, a business to run and ageing to combat, Archer’s showing no signs of slowing down. “I want to work for at least three more years if I’m still in good shape,” says the octogenarian. DM

Photo: Clive Archer has graduated with a certificate in financial planning at the age of 81. (timeslive.co.za)