Open & shut. One year on, the Grey Lady's porous paywal... 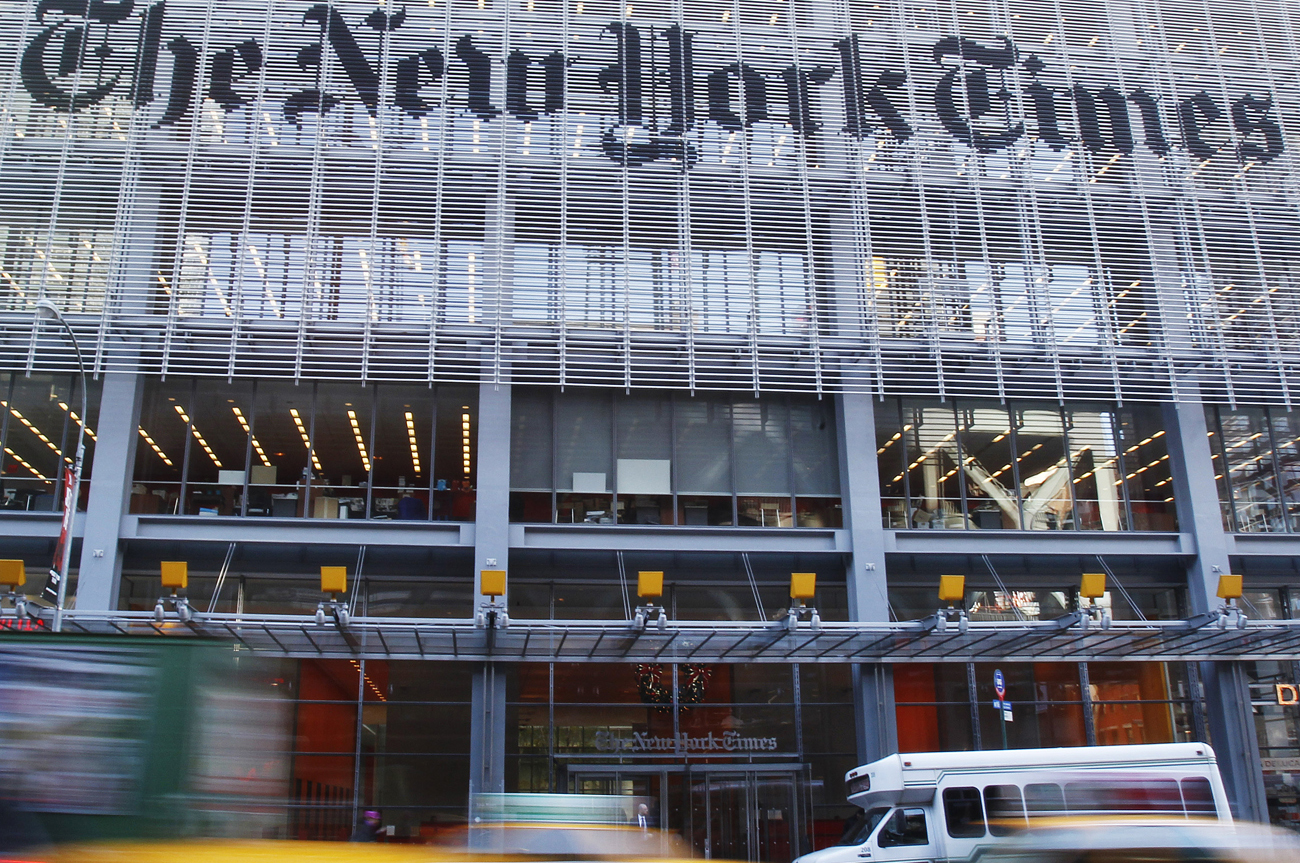 The New York Times may have lost its top spot as the world’s most read news website (to the UK’s Daily Mail), but the Grey Lady may have found the sweet spot when it comes to monetising content. By MANDY DE WAAL.

March sees The New York Times mark its first year behind a paywall, though “behind” isn’t the most accurate descriptor, and “paywall” isn’t either. Unlike earlier Murdochian-type models that cut readers off from the good stuff at first click, The New York Times instituted a porous membrane with “intentional” holes rather than an iron-clad barricade that locks eyeballs out.

“This model was not designed to get everybody who comes to our website to pay,” said Denise Warren, who is chief advertising officer at The New York Times, where she’s also general manager of NYTimes.com.

“Key for us in this model was threading that needle – remaining open to the Web, enabling those who are coming to us for that one article or two articles to still enjoy the content but at the same time enable those who are very loyal to have some kind of a different experience with us,” Warren said in a recent interview on National Public Radio (NPR).

“When we originally were constructing the model, it was very, very important to us to do a number of things. Obviously the business objective was to create a new revenue stream while maintaining a very robust and growing advertising revenue stream. But equally as important was our mission, and it was incredibly important to us that we remained open to the Web,” she told NPR, adding: “One of the core principles for executing this model was to remain open to the Web. So we were very generous with the number of articles that users can access, as well as remaining open to search and social and all the referral points back to the New York Times.”

“When we first launched, there was a lot of discussion and debate about this approach, and we took a lot of criticism for it, and there was a lot of quote-unquote gaming of the system. But nine months later, I can tell you that we really haven’t seen a lot of people manipulating URLs or cutting and pasting,” said Warren.

The New York Times’ strategy has drawn praise from Clay Shirky who’s earned a bit of a reputation for his smarts on the economic and social effects of all things digital. In his blog the paywall sceptic said 2012 may well be the year of critical mass for readers willing to pay for content value. Perhaps, in part, because he says it’s the year when “newspapers finally drop the idea of treating all news as a product, and all readers as customers.”

“One early sign of this shift was the 2010 launch of paywalls for the London Times and Sunday Times. These involved no new strategy; however, the newspaper world was finally willing to regard them as real test of whether general-interest papers could induce a critical mass of readers to pay. (Nope.) Then, in March, the New York Times introduced a charge for readers who crossed a certain threshold of article views (a pattern copied from the financial press, and especially the Financial Times) which is generating substantial revenue.”

Analysts at Barclays Capital, which recently started covering New York Times stock for the first time, said the paper could achieve revenues of $100-million a year from NYTimes.com.

In December 2011, The New York Times said it had some 390,000 digital subscribers to its digital offering, the bulk of which were at the newspaper’s flagship site for which stand-alone subscription costs $3.75 a week. But what’s really important is what’s driving the decision to purchase at the Times.

In a Reuters’ blog financial journalist Felix Salmon solicited feedback from New York Times’ readers and subscribers about why they were supporting the model. The loyalty to the media brand was patently obvious.

“I like the product, understand the incentives involved, and want its production to continue,” one reader said. “I feel that maintaining a quality NYT is immensely important to the country as a whole,” expressed another. What subscribers appreciate is more than just the value of quality journalism, but the role NYT plays in society and what it contributes to the socio-political landscape.

Shortly after the NYT launched the porous paywall last March, finding ways to lift the Grey Lady’s digital skirts without paying became something of an international pastime. At the time newspaper execs said the holes were deliberate and had everything to do with maintaining an “openness” in keeping with the spirit of the Internet.

The consumer psychology behind this is interesting. A lover of AA Gill, I often read his columns at the UK Sunday Times. Once Murdoch Inc. circled the paper in impenetrable iron cladding there was no getting through, and my passion for the acerbic humourist was not enough for me to pay a brass farthing to the man who brought the world the Levenson Inquiry.

On the other hand when one finagles beyond the porous opening of the Grey Lady’s digital wall, one does feel increasingly guilty. “Paying for something you value, even when you don’t need to, is a mark of a civilised society,” says Salmon.

“The NYT treated its readers as mature and civilised adults, and outperformed internal expectations as a result. Meanwhile, the WSJ and FT are still treating their readers with mistrust, as though they’ll be robbed somehow if they ever let their guard down a little. It’s a sad and ultimately self-defeating stance,” he adds.

Or as Shirky writes: “When a paper abandons the standard paywall strategy, it gives up on selling news as a simple transaction. Instead, it must also appeal to its readers’ non-financial and non-transactional motivations: loyalty, gratitude, dedication to the mission, a sense of identification with the paper, an urge to preserve it as an institution rather than a business.”

The New York Times is rediscovering what it already knows – there’s a hell of a lot of people around the globe that love the Grey Lady and who want to see her alive and kicking. DM