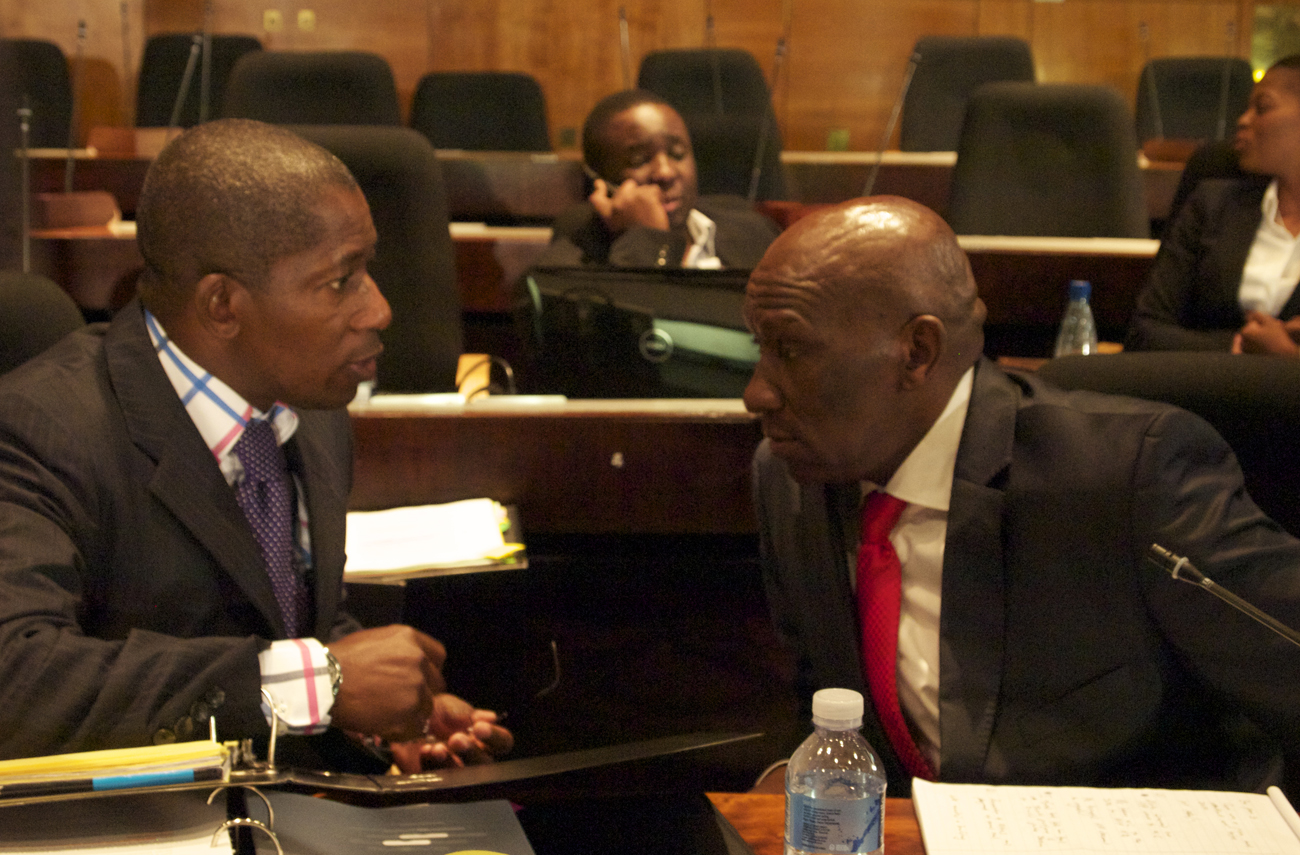 The inquiry into Bheki Cele’s role in the SAPS lease scandals stormed out of the blocks last week. Both Cele and his former deputy testified, slinging accusations and frustrating the chairman. This week it was hobbled by missing witnesses, but we know a little more about the dodgy lease deals. By GREG NICOLSON.

The hearing adjourned early on Thursday after a witness, a government employee, had been instructed by her union officials not to sign a letter from the department of public works authorising her to testify. “Now she says she wants a letter that indemnifies her from being charged, if she testifies,” said the evidence leader, who won’t say who the missing witness that keeps holding up the inquiry is, describing it as “delicate”.

Judge Jake Moloi accused the witness of delaying the case. The inquiry didn’t sit on Wednesday after she was a no-show and has repeatedly adjourned early because witnesses testifying for the evidence team – the guys trying to nail Cele – haven’t been available. Two SAPS employees have been out of contact, despite repeated attempts to locate them. Moloi said the board had tried itself to reach chief operations officer Lt-Gen Bonang Mgwenya and KwaZulu-Natal’s provincial commissioner Lt-Gen Mmamonnye Ngobeni to “advise them of the importance of appearing. Mysteriously, none of them are reachable by phone.” He indicated he would get the minister of police Nathi Mthethwa to intervene. Cele’s advocate, Vincent Maleka, accused the evidence team of being unprepared and not addressing “foreseeable problems and should have been dealt with a long time ago”.

But Maleka is finding it increasingly difficult to prove Cele is competent to be national police commissioner. On Monday the inquiry heard that the SAPS didn’t have the money to pay R1.6-billion to lease two buildings from controversial businessman Roux Shabangu. “As a matter of fact, there were no funds available. But I also knew there could be re-prioritisation when needed,” said Cele, more solemn than his usual gun-slinging, flamboyant self. He described the lease of the Servamus building in Durban as urgent because the current lease was set to expire in a month. But he couldn’t explain where the funding cuts would come from to pay the new contract.

Last week Cele was hounded about his confused relationships of trust with his subordinates. He told the board he had delegated the task of procuring new offices to his deputies and signed the leases because had faith in their ability to do the job. “Really, I was more interested in having the headquarters and asking my expert to deal with it,” he said. But he had previously showed more scrutiny, refusing to sign a R3-billion contract to build a new police headquarters. The deal was laid on a car bonnet for him to sign but Cele said, “This is a R3-billion document. How do you sign a triple P on the bonnet of a car?” Cele described his relationship with his former deputy and head of SAPS procurements Hamilton Hlela as in decline, but when presented with the leases from Shabangu, he signed without concern.

Hlela testified last week that his boss had driven him into early retirement by pressuring him to complete the lease deals, but Cele’s team took a small victory on Thursday when a senior officer denied knowing Shabangu’s properties, as Hlela claimed. Chief operations officer Bonang Mgwenya said she never knew Shabangu or the Sanlam Middestad building until Hlela took her. He claimed she had visited before.

It’s unlikely the inquiry will unearth any details of corruption; no witness has implicated Cele in committing a crime, but his ability to lead is in serious doubt. Irene Nel, a senior public works official, said she had had expressed concern over the lease of the Durban building having been procured without following the proper tender process and emailed senior SAPS and public works officials about it. She was subsequently removed from the project.

Moloi asked Cele about his lack of oversight and contradictory trust in his deputies and was visibly annoyed. Cele was evasive and failed to explain why he didn’t scrutinise the leases. His behaviour, described by the judge as “evasive and argumentative”, would leave a “terrible impression”, said Moloi.

The hearings will resume on Friday. Hopefully the witnesses, set to reveal key information about Cele’s knowledge of Shabangu and the buildings, will arrive. DM