Pagad is back - on stage

Pagad is back – on stage 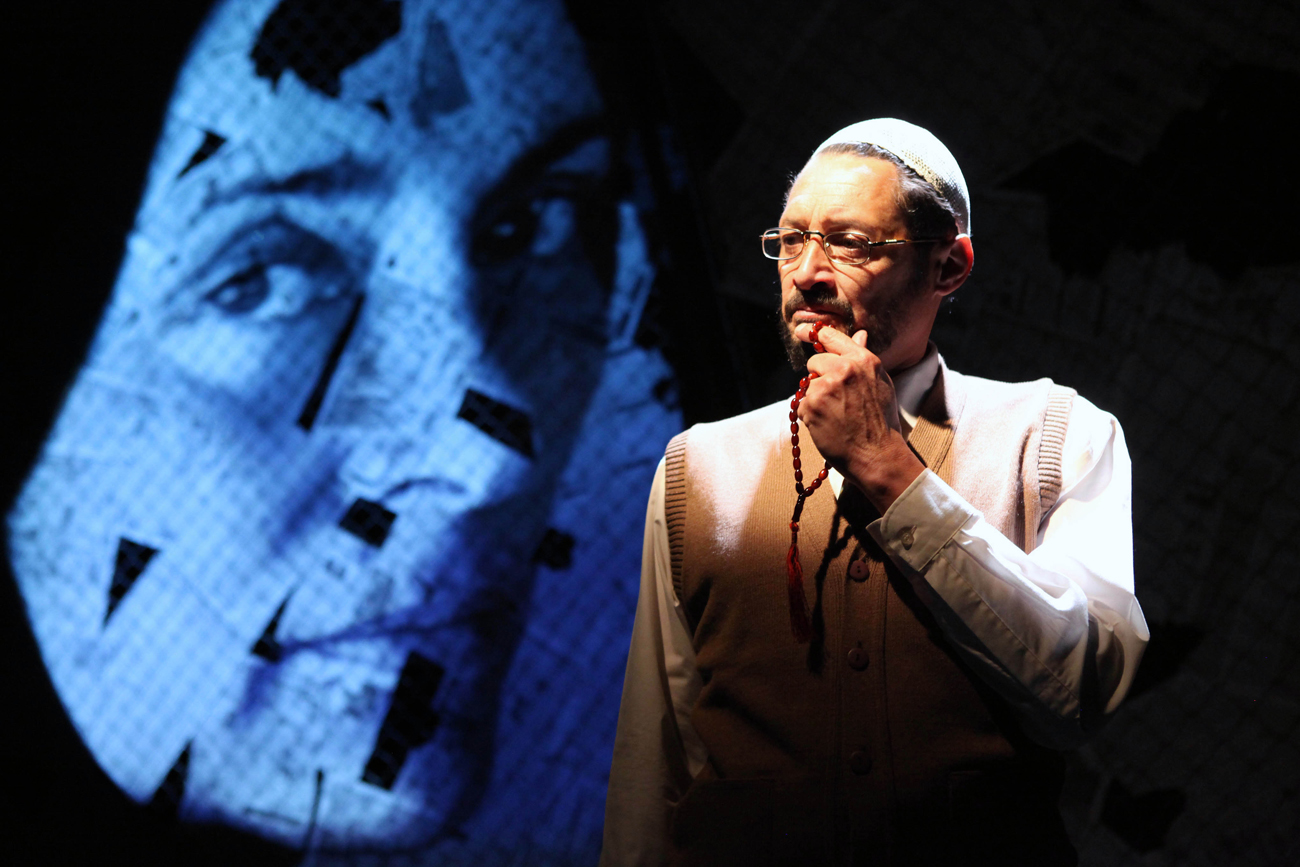 Brothers in Blood, a play about life in Cape Town in the late 1990s when Pagad’s vigilante activities held the city in a grip of fear, is being staged in the Mother City for the first time. REBECCA DAVIS spoke to director Greg Homann.

The photographs of gang leader Rashaad Staggie stumbling down a road in flames dominate the front pages of Cape Town’s newspapers. Staggie, leader of the Hard Livings gang, was dragged out of his vehicle, repeatedly shot and then set on fire by a mob of vigilantes from Pagad, the People Against Gangsterism And Drugs, who had come from the Gatesville Mosque. For many people, this was the first time Pagad entered their consciousness: but for the next six years, it would be hard for Capetonians to escape its existence.

In 1998 the bombings started: Synagogues, gay nightclubs, tourist attractions and restaurants reputedly associated with the West. The 25 August 1998 bombing of Planet Hollywood made headlines worldwide, but more was to come. 2000 alone saw nine bombings. There was a period where anxious Capetonian parents warned their teenage children to stay away from McDonalds, KFC any “Western-related” establishments, which might provide a target for a Pagad bomb. It seems slightly surreal to remember this now, but in Cape Town in the late 90s an atmosphere of fear and paranoia surrounded everything.

Pagad still clearly evokes many responses and often emotional ones. Which is why it will be fascinating to see the responses of Capetonians to the production opening at the Artscape Theatre on 27 March: Brothers in Blood, a Mike van Graan-penned play set in Cape Town in the time of Pagad’s reign. The play is directed by Greg Homann, fresh from taking home the Best Ensemble Production award at the Naledis for his production of Pirates of Penzance. Brothers in Blood is obviously a very different sort of theatre, but familiar territory for Homann, who directed the original staging of the play at the Market Theatre in 2009.

It seems odd that a Cape Town-focused play would only have been staged in Johannesburg until now, but Homann explains that this was simply a function of available funding. The fact that the Artscape is hosting the play now is attributable to their appointment of Mike van Graan as associate writer, which will see him bring a further two productions to the theatre this year.

The play tells the story of five characters, three of whom are father figures: a Jewish man, a Muslim man and a Christian man, all seeking to protect their families in a Cape Town stalked by violence and fear. “What they fail to recognise is that in trying to look out for the best issues of their community, their religious positions force them into situations of conflict, while they actually want the same thing,” Homann explains.

The non-linear plot sees the Jewish father reluctantly take on the role of a Neighbourhood Watch officer for his son’s school, after a threat of violence against it. The Muslim father is trying to relocate his daughter and himself to Sea Point, an area he associates with his heritage prior to the forced removals, after losing his wife and grandchild in a gang-related shooting. Driving lost around Sea Point, he is stopped by the Jewish father to interrogate why he is in the area of the school. Then there is a Christian lay-preacher from the Cape Flats, who has lost his son to drug abuse. He runs a small bookkeeping company, for which he recruits the Muslim daughter of our first character, so that he can concentrate on his church work. The Muslim daughter, meanwhile, finds common ground with a Somalian refugee who studies at the same college. She has lost a mother and a niece and he has been forced out of his country and lost contact with his family.

Photo: The lives of the five characters start to overlap. ARTSCAPE.

“These five unlikely characters’ stories start to overlap, culminating in an event that brings them all together.” Homann says. “And I don’t mean in a happy, smiley way.

“The primary logic of the play is to articulate that in South Africa we live under, for want of a better word, abnormal conditions, where we experience violence and trauma, whether real or imagined, as part of daily life,” Homann says. “Under these conditions we feel the need to go to extreme measures to protect our families, which might mean putting up electric fences and high walls, which is a more passive way of dealing with it, or doing something like taking known drug dealers to task in a vigilante way. At the heart of the play is the idea that in conditions which create hyper-fear, we feel responsible to act in sometimes inappropriate, irresponsible or illegal ways.”

Does he anticipate the response in Cape Town to be different from those of Johannesburg audiences?

“I think so,” Homann says. “I think the difference is likely to be that in Joburg the play was aptly seen as a metaphor for religious conflict worldwide, whereas, because it’s literally closer to home in Cape Town, the metaphor might take a backseat to the actual social context in which the play is set.”

Homann is conscious that the subject matter is sensitive, in terms of Pagad’s ability to stir up strong reactions. He recalled being on an SAfm talkshow at the time of the production’s opening at the Market Theatre in 2009 and having a number of callers from Cape Town phone in to “rant at us about how misunderstood Pagad was and how we were using them for our own ends”. Without having seen the play, “they felt the need to comment in a very strong and passionate way,” Homann recalls. “So we’re aware that we’re dealing with emotional subject matter. Firstly on the level of religion, but secondly on the level of what Pagad means in the public understanding.”

Homann says the production does not actually offer a firm position on Pagad. However, Van Graan has taken the unusual step of getting in touch with the group and giving them a DVD of the production. In the next few days, he hopes to make further contact with them. Why?  “To prepare them for any hype or backlash or tensions which come from having a play on at Artscape that revolves around Pagad,” Homann responds. But if the group were to voice concern or offence towards the production, would they be prepared to take any steps to appease this?

“Absolutely not, we live in a democratic society,” says Homann. “The most healthy thing that comes from a production like this is that it generates debate and conversation. What we would like is for Pagad to see the play.” DM

Brothers in Blood will run at the Artscape Arena from 28 March to 14 April.