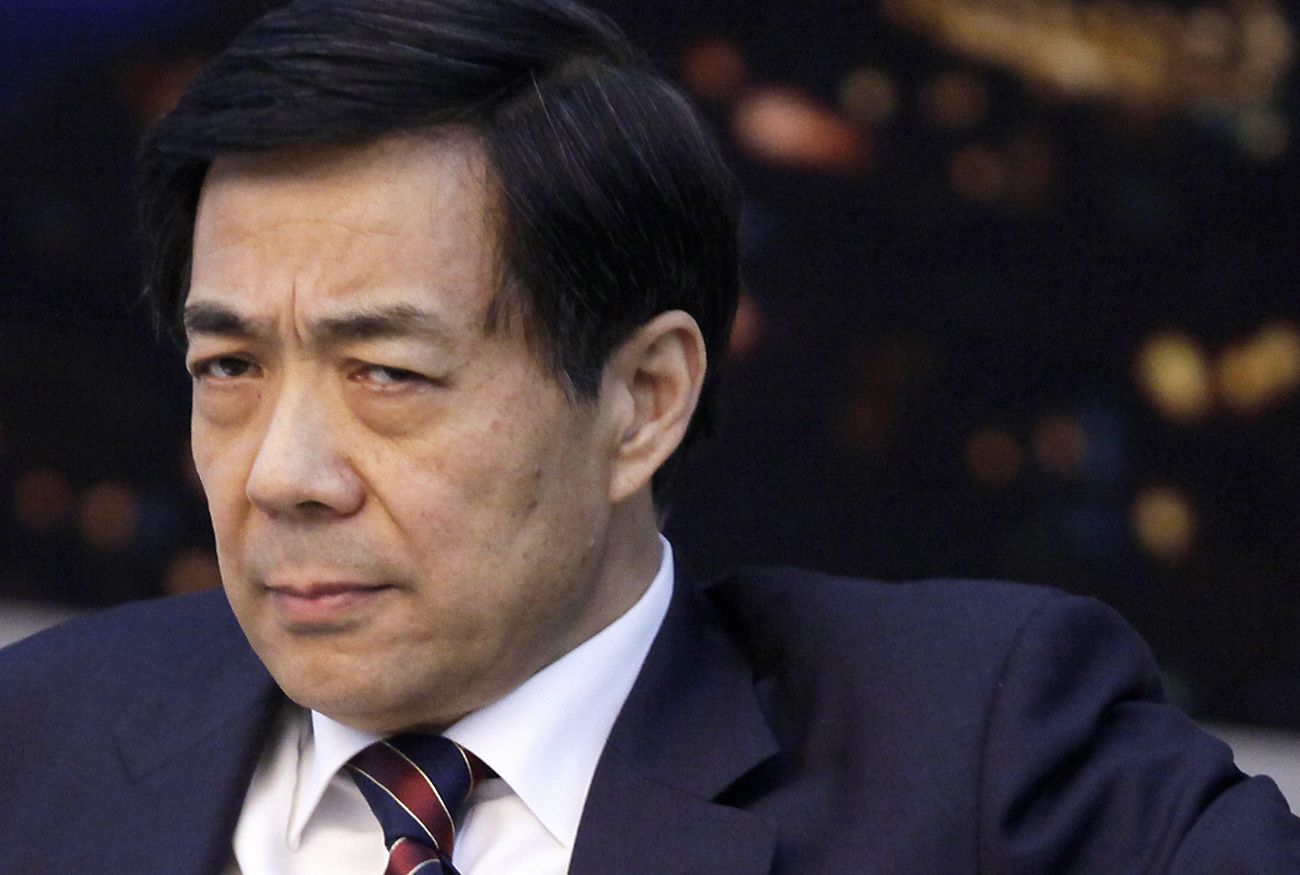 Bo Xilai is by far the most charismatic of the fifth generation of high ranking CCP officials. A tall, mouthy figure in a crowd of grey-suited hacks, his career took a turn when his police chief showed up at a US consulate with a sheaf of damning documents. A man once destined for the Cominturn is now out in he cold. By RICHARD POPLAK.

Everyone loved Bo Xilai, except for his hundreds – nay, thousands – of enemies. His career has become a blood-soaked Chinese soap opera, which is nowhere near its climax. Only months ago, Bo was on course to be one of the most powerful men in China. Now, he’s been hobbled by the powers-that-be – taken out by the jackets that were after him from the moment he rose into national prominence.

Think of him as Bheki Cele meets Bill Clinton meets Yao Ming. Tall, loud of voice and thoroughly self-possessed, Bo was the son of one of the founding members of the Communist Party. After his studies he took a low ranking position in the country, all to avoid the charges of nepotism that nonetheless have dogged him since his boyhood.

He moved up he ranks in the coastal city of Dalian, smashing anything that stood in his way. Finally in the mayoral seat, he went about transforming the city into a model of Chinese growth and development. Bo was instrumental in building he city’s famed expressway – the first of its kind in the country – and made sure that every scrap of paper of chewing gum was scraped off the sidewalks, to the point of insanity. But you could eat off the roads in Dalian. Many did.

The CCP were always a little nervous of Bo’s rise and popularity, and he was denied the governorship in 2000. But behind the groundswell of popular opinion and on the back of a scandal that brought most of Liaoning province’s leadership down, Bo became the top dog. Adept at dodging accusations of sleaze that took down people around him, Bo lead the province brought some of the most phenomenal growth in recent human history.

Which meant a shot at the big leagues. In 2003, Bo was promoted as the minister of commerce, a job that involves a lot of handshaking, back patting and general late night merriment. His is the post that welcomes African officials looking for infrastructure development money – among others. By all accounts, Bo enjoyed the ride.

And then, the post that sealed his fame and wrote his political obituary – party chief of the vast city of Chongqing. Most countries are smaller than Chongqing – at 36-million people strong, running the joint comes with a lot of power. Replacing party official Wang Yang, Bo set about remaking Chongqing in his image.

The city was renowned for, among one or two others things, it’s huge gangster population. This was one of the centres of international organised crime, and Bo wanted this to change (as did the Politburo). In order to make his happen, he brought in an old crony named Wang Lijun, and they turned Chongqing into a gangster movie double feature. Adios due process, hello torture and summary trials. While the city was cleaning up, Bo jumpstarted a “red culture” movement. This meant the signing of Mao era songs, and Bo sending his 13-million or so friends text messages from the Little Red Book. This movement was not universally loved. But Beijing was singing along.

Then it all went wrong.

The scandal broke when the police chief Wang Lijun showed up at a US consulate. Wang was caught up in a corruption scandal, and he fully intended to bring down his boss, for company. This was not going to be swept under the carpet, and while there were times in the last few months where it looked as if Bo might make it out alive, yesterday the powers-that-be pulled the trigger. Bo is out.

Thus ends, for now, one of the most remarkable – and representative – careers in CCP history. Bo speaks to the contrasts inherent in post-modern China, and his work in Dalian and Chongqing are more than footnotes in China’s pell mell growth. What’s next is anyone’s guess. But this is unlikely to be the end of the Bo Xilai saga. DM