And now, for the Home Affairs’ main attraction: The Nanny State 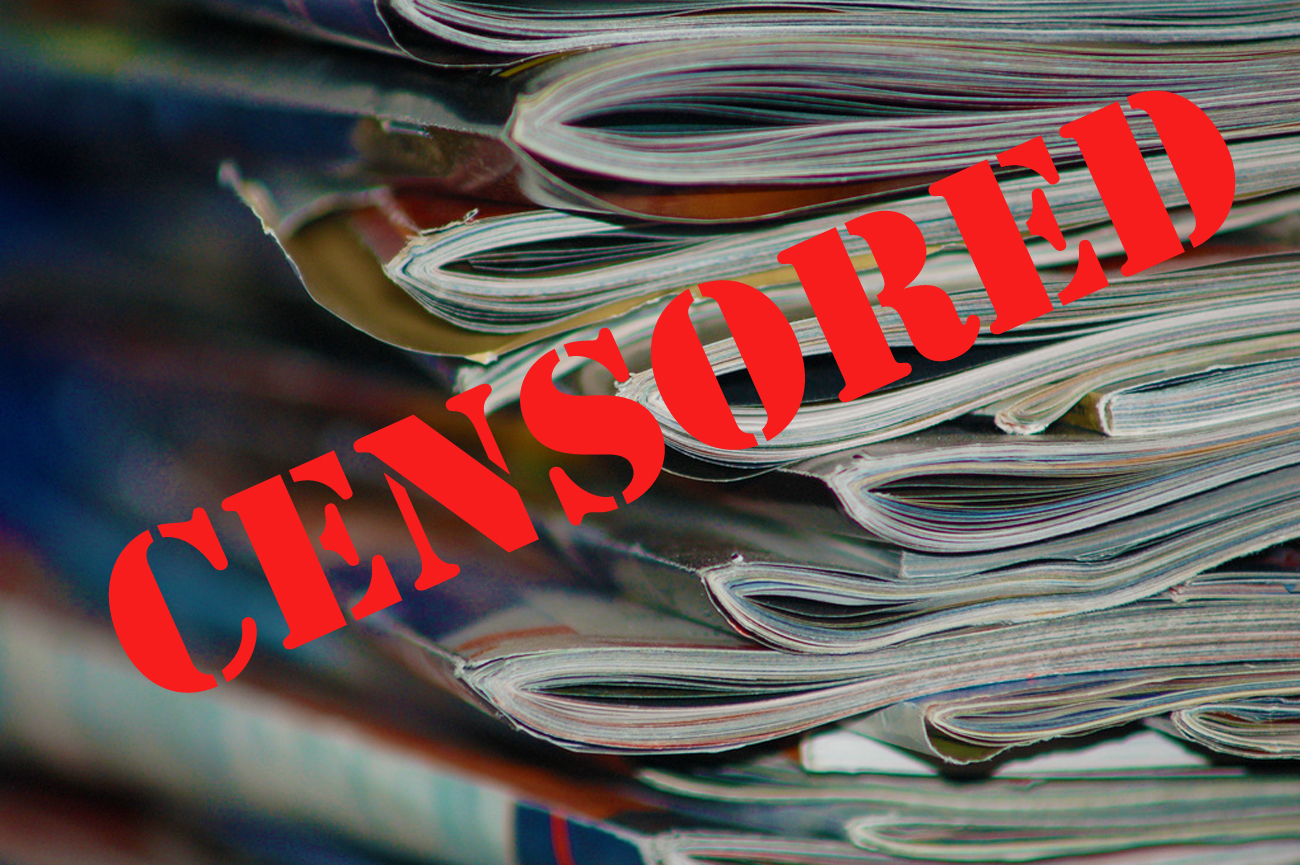 Arguments for and against an Orwellian amendment to the Film and Publications Act are being heard in the Constitutional Court, in a case that could have far-reaching consequences on freedom of speech. The amendment means all publications that feature sexual content (bar the press) will have to be pre-approved. That means your tweets. Your blogs. And your chat room flirtations would need to be vetted prior to publication. Let’s face it, if the amendment isn’t declared unconstitutional, we may as well be living in a nanny state. By MANDY DE WAAL.

You’ve got a little pig in the yard and Sunday’s a very special day – an occasion that calls for a succulent, roasted piglet to feed friends and family coming from afar to join in a celebration.

Do you:
a.    Try to find an oven big enough to fit a piglet in?
b.    Hire a spit braai, fire up the charcoal and put that baby on the barbie?
c.    Douse your house in petrol, herd the piglet inside, lock all the doors and strike a match?

If you are from Home Affairs it is likely you’d pick option “c”, because that’s exactly the logic that government department is using to deal with child pornography in South Africa.

Introduced in 2010, the new provisions to the Act – namely sections 16(1), 16(2) and 24(2)(a) – can be interpreted to mean that if you are going to tweet or blog content of a sexual nature; publish research about sexual conduct; draw a cartoon that references a sexual act; or merely write about sex; you’d need prior approval from the Film and Publications Act board to do so.

Late last year Print Media South Africa and the SA National Editors’ Forum petitioned the North Gauteng High Court to have these amendments to the Films and Publications Act declared invalid. The high court did exactly that, but this week the matter was heard in front of the Constitutional Court with the department of Home Affairs and the Film and Publications board on one side; and print media and freedom of expression organisations on the other.

The freedom of expression loving NGO was represented in the Constitutional Court by top media lawyer Dario Milo of Webber Wentzel. “The issues raised in the challenge to the aspects of the Films & Publications Act that deal with the classification of publications are of crucial importance to freedom of expression generally,” said Milo in a statement to Daily Maverick. “The bottom line is that the Act requires all publishers of material that contain sexual conduct of a particular nature (which is extremely widely defined) to submit the publication before it is published to the Board for classification. The only exemption at present relates to newspapers that are regulated by the Press Ombudsman.”

Milo said that in effect it means that all books, journals articles, magazines, and even law reports are hit, but so is all Internet speech that relates to expressions of a sexual nature. “The argument of the NGO Section 16, whom we represented, is that the broad nature of the requirement to submit for classification, coupled with the criminal sanction for non – compliance, the referral fee of R1,000 per publication, and the vague ambit of what must be submitted for classification, will lead to significant self-censorship particularly of internet speech. The point is also made that it is effectively impractical to regulate Internet publishers on this basis,” he said.

The pig analogy comes from Milo’s colleague, Shanee Stein, who said that the amendment’s broad classifications (which include anything from a tweet to an online discussion in a chat room) were like “burning down the house to roast the pig”. Also arguing for pre-publication vetting to be scrapped alongside Section 16 are Print Media SA and the SA National Editors’ Forum, who have contested the amendments from the get-go.

If you’re reading this story and are scratching your head thinking: “What they hell has the department of Home Affairs got to do with the Film and Publications Board, media freedom and censorship?” don’t worry, so is everyone at Daily Maverick.

The fact that Home Affairs oversees the population register, immigration, visas as well as what now appears to be censorship, is an apartheid era hangover that’s never been sorted. Apparently once upon a time in the bad old days, there was an “oomie” in government who just loved “films” so much he was given management of the Film and Publications Board even though he was minister of home affairs.

Daily Maverick got this titbit from DA shadow minister of home affairs, Manny de Freitas, who’s been lobbying for some time now to get this anomalous situation changed. “The allocation of film and publications law to Home Affairs is a relic of Nationalist Party rule, when the Home Affairs Minister ran the censorship regime under which books and films were banned,” said de Freitas who advocates that this function should fall under the guardianship of the department of justice and constitutional development.

De Freitas petitioned minister of home affairs Nkosazana Dlamini-Zuma for a change and Dlamini-Zuma stated that there was “no discernible reason” why film and publications law formed part of her portfolio. It appears that the home affairs ministry is now negotiating with other ministries to reassign responsibilities.

Interestingly enough South Africa had a very broad and liberal Film and Publications Act thanks to Mangosuthu Buthelezi whom de Freitas said “is a firm believer in free speech”. “Buthelezi tabled, and Parliament further embellished, the original Film and Publications Act of 1996. This progressive Act outlawed censorship for all but the truly unacceptable forms of expression – bestiality, child pornography and the like – and created a Board whose primary function was consumer advice.”

However Buthelezi moved on and in came the likes of Nosiviwe Mapisa-Nqakula and Nkosazana Dlamini-Zuma who have steadily chipped away at that fine Act. “Since the Buthelezi era, ANC ministers have, however, progressively amended the Act to reintroduce censorship, culminating in the creation of an unconstitutional system of pre-publication censorship almost identical to that of the apartheid era,” De Freitas said.

Judgement was reserved in this week’s Constitutional Court hearing, and the hearings will continue. Let’s hope the ruling is a wise one that doesn’t turn South Africa into a nanny state. But with Mail & Guardian reporting that Chief Justice Mogoeng Mogoeng used his position to “order top judges to attend a leadership conference hosted by an American evangelist”, all bets are off. DM

Photo: Are we ready to live in a nanny state? Sean Winters http://www.flickr.com/photos/theseanster93/.