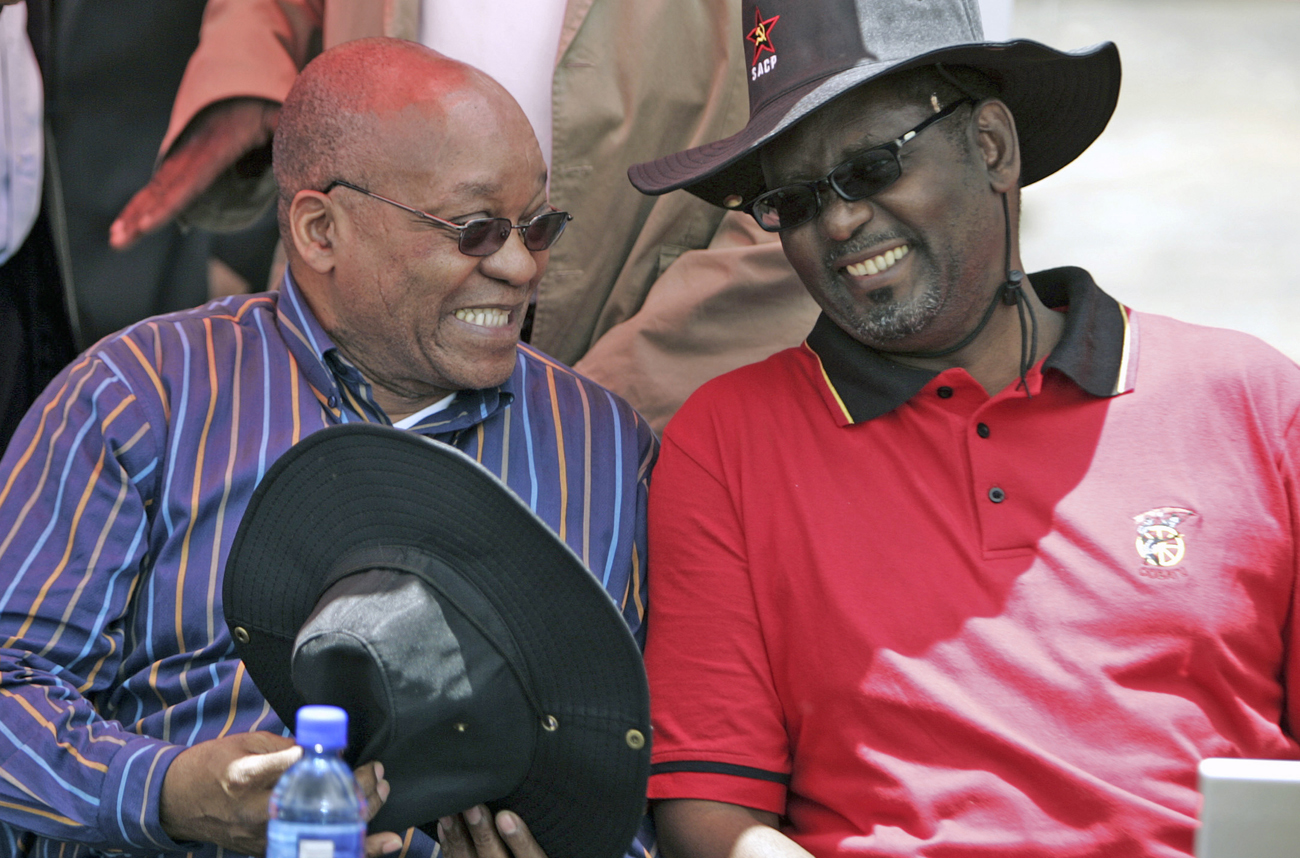 The liberal media did it again. The Sunday Independent, Sunday Times and Mail & Guardian all earned a reprimand from Cosatu for suggesting the union federation was in conflict internally and with the ANC over Jacob Zuma. But Vavi did not merely blast Zuma. He did something much more important. By OSIAME MOLEFE.

Cosatu spokesman Patrick Craven went to great lengths on the weekend to dismiss suggestions of a rift within the tripartite alliance. He went specifically after the liberal media for, well, taking liberties in their portrayals of the trade union’s latest tantrum over government’s failings of the poor and the working-class.

Craven was particularly shocked and outraged by the Sunday Independent’s headline: “Vavi blasts Zuma”, because, as the veteran trade unionist correctly stated, from the article or the report on which it was based, you’d be stretching the truth to suggest Vavi was engaged in any kind of Zuma-blasting. The Oxford English Dictionary (OED) defines “blast”, in the context used by the paper, as an informal way to say “criticise fiercely”. As Craven pointed out, Vavi did criticise fiercely, except his target was corruption not Zuma. The distinction is important.

Another, slightly more humorous possibility exists for interpreting the headline. The OED also defines blast as “produce loud continuous music or other noise”, which is what Vavi and Cosatu have been doing since realising their unfortunate decision to back Zuma. Buyer’s remorse is never pretty, especially when the store has a policy of no refunds, returns and strictly no do-overs for the next five years.

If anything, when Vavi told the CEC that it should rethink its stance on corruption, specifically how it will handle the possible reinstatement of corruption charges against Zuma, the headline should have read: “Vavi hangs Zuma out to dry”, because that is precisely what he has done.

In 2005, when Zuma was still the trade union’s great socialist hope, Vavi said, “Cosatu’s support for Jacob Zuma regarding the allegations he faces on corruption remains unshaken. We stated this over and over again that we believe that the ANC deputy president is facing a political trial. We have not changed from this view.”

Shaken by what happened since, Vavi has now clearly changed his view. According the Indy, Vavi said, “It is crucial to note that the abuse of state power that we decried back in 2005 can no longer be sustained as power has changed hands and the levers of the state are now firmly in control of comrade JZ.”

This is more significant than your run-of-the-mill fierce criticism. Vavi has done that, and more, before. This time, instead of rhetoric, Vavi advocated seeing the federation step aside to allow Zuma to bear the full brunt of whatever he may have coming for his role in the controversial arms deal and other assorted problems that may also arise. Vavi’s view is that Zuma surely cannot complain of a political witch-hunt when he is at the helm. Zuma and Cosatu’s CEC must allow the democratic process to run its course.

Who can say how much the union’s support helped Zuma escape the charges in 2007? But what is clear is without a 2-million-member-strong bodyguard to protect him, Zuma could be left flapping in the wind with nothing on, but his bare skin should the DA’s long-shot at reinstating charges succeed. Who will be left exposed along with him is another matter.

None of this, of course, should be construed as support for the DA’s application, Craven said, scolding the media, but rather as an affirmation that the CEC will respond to the judgment, when it’s made, in terms of its “principled position” of opposing corruption, regardless of perpetrator.

How exactly one holds this principled position when aligned to a party which you’ve accused of having been commandeered by “powerful, corrupt, predatory elite” is something Craven, Vavi or Cosatu are yet to explain. DM