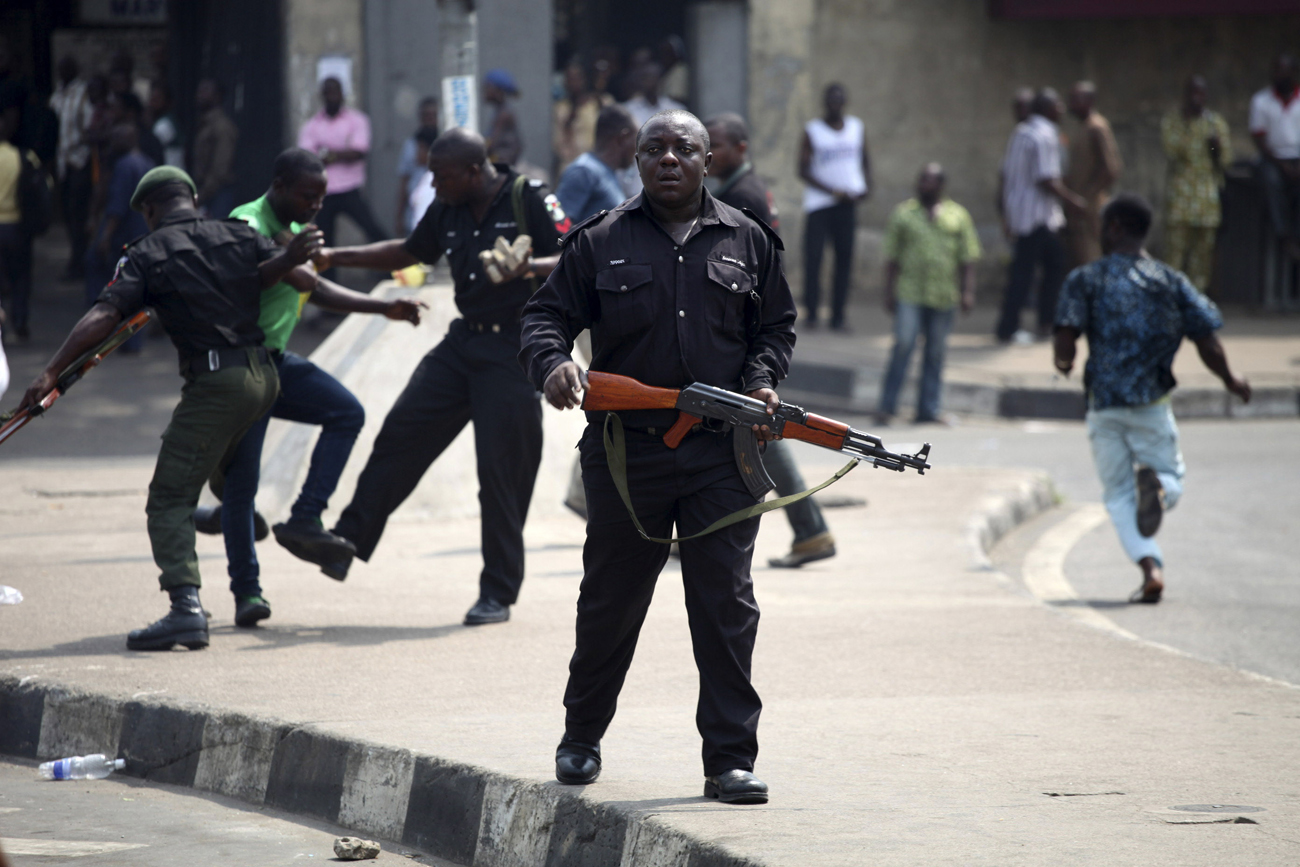 A grovelling deputy minister of international relations and cooperation Ebrahim Ismail Ebrahim announced on Thursday that South Africa had formally apologised to the Nigerian government for the deportation of 125 of its citizens for allegedly carrying counterfeit vaccine certificates. By KHADIJA PATEL.

While the veracity of the vaccination certificates is yet to be ascertained, it appears the process through which the deportations were processed was indeed significantly flawed. The Nigerians who arrived in Johannesburg on board an Arik Air flight last week, were first met by officials from the department of health who inspected their vaccination certificates only to find a number of certificates shared a serial number, suggesting they were all reproduced copies of an elusive original. To avoid such confusion in future, Ebrahim said South African and Nigerian authorities would share information about the vaccine certificates. “The South African and Nigerian health authorities would exchange vaccine batch numbers and details about the official institutions that administer the vaccine for verification purposes at the port of entry. This information would also be made available to the missions in Lagos and Abuja who issue visas based on the proof of a yellow fever certificate. The airlines will also be informed about the verification process,” he said.?? Significantly as well, it has emerged that health officials had met the Nigerian passengers before they reached immigration officials. On this score too, South Africa has expressed a commitment to ensure due processes are followed. “Immigration officials should be the first officials that deal with the passengers at the port of entry and if they experience challenges, they should invite other units – such as health – to help and not the other way round,” the deputy minister said.

Bowing and scraping like urchins at an emperor’s table, the SA government has clearly been humbled by this saga. Their readiness to apologise, with no expectations of a reciprocal apology even though it may have been expected, forces scrutiny on the relationship between the two countries. “We apologise as a government for the unfortunate incident and hope it does not affect our bi-lateral relationship,” Ebrahim reiterated.

SA government officials sought to explain the readiness to bow down to Nigeria as a measured move to protect a lucrative South African market. But beyond South Africa’s substantial commercial interests in Nigeria, it is a “special relationship” with Nigeria that the government has tried to salvage. After all, an apology does not always neatly define the wrong from the right, it merely emphasises the value of a relationship over an ego.

South Africa and Nigeria have a chequered history of bi-lateral relations. In 1995 a spat between Sani Abacha and Nelson Mandela over the execution of environmental and human rights activist Ken Saro Wiwa soured relations between the two countries. It was not until the arrival of civilian rule under Nigeria’s Olusegun Obasanjo in 1999 and the near simultaneous election of Thabo Mbeki that Nigeria and South Africa enjoyed more cordial relations. With Nepad, Mbeki and Obasanjo set out to pioneer a continental project for Africans. Theirs was a strategic relationship to lead the rest of the continent into a new century.

Mebki and Obasanjo established the Bi-National Commission in 1999 to facilitate the efficient management of bi-lateral relations between Nigeria and South Africa, but it did not survive beyond 2009. South Africa refused to grant a visa waiver to Nigerian officials and diplomats, severely denting bi-lateral relations and forcing the premature death of the Bi-National Commission.

Immigration, then, has always been a charged issue between Nigeria and South Africa. Even though Ebrahim indicated both countries had agreed to revive the “Bi-National Commission”, as well as the “Immigration Working Group”, issues related to immigration remain deeply contentious.

Professor Gilbert Khadiagala, Jan Smuts Professor of International Relations and head of department at the University of Witwatersrand told iMaverick immigration has been a perennially barbed issue in bilateral relations between the two countries. “There’s been a cold war between Nigeria and South Africa since the fall of apartheid on issues of immigration. That sort of cold war has not died,” he said. With the fall of apartheid, Nigerians expected their loyalty and support to the anti-apartheid struggle to be rewarded with relaxed visa restrictions. Of course, these restrictions were never lifted and with it, a resentment of South Africa has taken root in Nigeria. “The subtext here is that the Nigerians expect free movement between Nigeria and South Africa,” Khadiagala said.
Immigration issues are however not the only sore point between Nigeria and South Africa. Vying for ascendancy in Africa, both Nigeria and South Africa are suspicious of the sincerity of each other’s intentions. On the international stage, both countries are pushing for permanent African representation at the United Nations. The political rivalry has been exacerbated by rumours that allege the United States would much rather arm Nigeria with vetoing powers than South Africa. It is thought the upcoming election for chair of African Union commission had also contributed to the diplomatic fracas itself and significantly influenced South Africa’s apologetic reaction.

The Nigerians were infuriated when South Africa announced home affairs minister Nkosazana Dlamini-Zuma as a candidate in elections for the AU Commission’s chair, despite an unspoken agreement that held the major powers of the continent, principal among them Nigeria and South Africa, to allow the smaller nations to assert some control over the running of the AU’s affairs. The Nigerians interpreted the move as an act of provocation, proof that the South Africans could not be trusted. Eventually Dlamini-Zuma’s bid to win the chair was scuppered by a fierce Nigerian lobby against her.

Reports indicate that Nigeria believed the deportations were a way for the South African government to punish them for opposing Dlamini-Zuma’s bid in the AU. The AU, of course, is set to host another election for commission chairperson in June, and South African officials are concerned the deportations may have further entrenched Nigerian opposition to a renewed South African bid. “It is not the ideal time to further alienate Nigeria,” Khadiagala says. “Knowing how important Nigeria is, South Africa does not want to escalate political tensions.”

As South Africa continues its mission to be the definitive leader of the continent, the government will be forced to act with cunning towards rivals like Nigeria. To secure its bid to lead Africa, it had to apologise. The relationship between two countries might be one of mutual benefit, but South Africa, right now, needs Nigeria more. DM

Photo: Policemen chase after protesters during a rally against fuel subsidy removal on Ikorodu road in Nigeria’s commercial capital Lagos on 3 January 2012. Hundreds of demonstrators in Nigeria’s commercial capital Lagos shut petrol stations, formed human barriers along motorways and hijacked buses in protest against the shock doubling of fuel prices after a government subsidy was removed. REUTERS/Akintunde Akinleye.