War in the Middle East: Aipac has spoken, again

War in the Middle East: Aipac has spoken, again 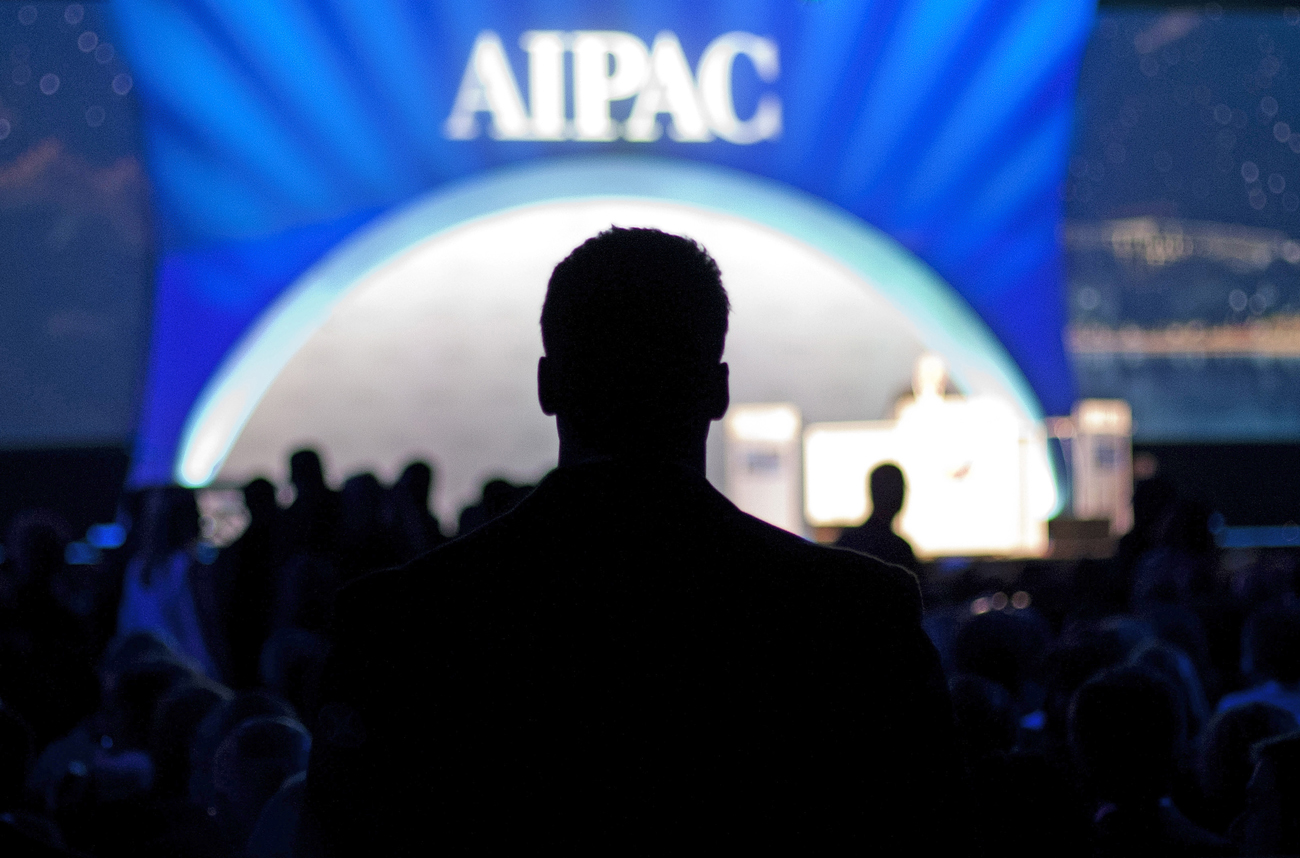 The American Israel Public Affairs Committee, otherwise known as Aipac, has for decades had an outsize influence on American policy in the Middle East. In the last few days, the lobby group appears to have rendered an Israeli attack on Iran a fait accompli. But while Netanyahu may be justified in his war talk, Aipac could represent a deeper threat to Israel than some of its worst enemies. By KEVIN BLOOM.

While it may seem anomalous to some, it really is no surprise that the fate of the Middle East – and, by extension, the entire world – looks likely to be sealed by an American lobby group whose membership numbers less than 65,000. The respective speeches given in the last few days by US president Barack Obama and Israeli Prime Minister Benjamin Netanyahu before the American Israel Public Affairs Committee, or Aipac, have their precedents in history. An attack on Iran by Israel, if it happens (and there’s every reason now to believe that it will), can in large part be ascribed to the influence this lobby group has systematically amassed for itself in Washington.

Twenty-five years ago, when it had been around for slightly over two decades, Aipac already had the power to manipulate United States policy on the Middle East. According to an article that ran in the New York Times in July 1987, it could determine a presidential candidate’s choice of staff, “block practically any arms sale to an Arab country,” and “serve as a catalyst for intimate military relations between the Pentagon and the Israeli Army.”

A decade later, in a survey that ran in Fortune magazine, Aipac was ranked the second most powerful interest group in Washington – behind the American Association of Retired Persons, but ahead of the National Federation of Independent Business, the Association of Trial Lawyers of America, and the National Rifle Association. Back then, in the middle of President Clinton’s second term (when Fortune had just polled members of Congress, top congressional staffers, senior White House aides, and a range of professional lobbyists to arrive at its results), Aipac was celebrating a major victory: only a few weeks before, it had successfully petitioned to get the Iran Missile Proliferation Sanctions Act passed by the House of Representatives. If the survey had to run again today, there’s little doubt about who’d be first.

Both President Obama and Prime Minister Netanyahu chose the occasion of the Aipac conference to make statements about Iran’s nuclear program that neither had made publicly before. Obama, who spoke on Sunday, said: “If during this political season you hear some question of my administration’s support for Israel, remember that it’s not backed up by the facts. There should not be a shred of doubt right now: When the chips are down, I have Israel’s back.”

Up until his speech on Sunday, as reported by the Daily Maverick and others, the official line out of the White House was that the Obama administration would attempt to persuade Netanyahu to back down from his war talk, and that certain senior staffers were frustrated and angered by the Israeli prime minister’s meddling in United States politics – by, for instance, playing Republicans off against Democrats in an election year. Obama may have gone on to say that “loose talk of war” only benefits the Iranian government “by driving up the price of oil,” but it was clear from the tenor of his talk that he had bowed to Aipac’s power: the speech was in essence defensive, and its central message appeared to be that Jewish voters could rest easy.

Netanyahu, meanwhile, pulled out all the stops in his Churchillian drive to be remembered as a man of decisiveness and action. Speaking in front of Aipac on Monday, a day after Obama, he stated that he had been warning against a nuclear Iran for 15 years, and that neither the diplomacy of the international community, which had gone on for 10 years, nor sanctions, which had gone on for six, had worked. The Jerusalem Post described what happened next:

Then, dramatically, [Netanyahu] displayed copies of an exchange of letters between the World Jewish Congress and the US War Department at the height of the Holocaust in 1944 that implored the US government to bomb Auschwitz.

Netanyahu read from the letters: “Such an operation could be executed only by diverting considerable air support essential to the success of our forces elsewhere,” he read, “and in any case would be of such doubtful efficacy that it would not warrant the use of our resources. And here’s the most remarkable sentence of all,” Netanyahu said. “And I quote, ‘Such an effort might provoke even more vindictive action by the Germans.’

“Think about that, ‘even more vindictive action, than the Holocaust,’ Netanyahu declared. ‘My Friends, this is not 1944. The American government today is different. You heard it in President Obama’s speech yesterday. But here’s my point. The Jewish people are also different. Today we have a state of our own. The purpose of the Jewish state is to secure the Jewish future. That is why Israel must always have the ability to defend itself, by itself, against any threat…”

They were words that spoke to the emotional core of the audience, and the applause was thunderous and long lasting. And while Netanyahu may indeed be correct that the Iranian regime bears nothing but malicious intent towards Israel, and that a pre-emptive strike is therefore justified and necessary, what gets lost in the emotive maelstrom is the plight of the Palestinians and the injustice of the Israeli occupation. That topic, as Iran takes centre stage in the Middle East, becomes all but forgotten.

Which may be a quick bonus win for Aipac and Netanyahu, but in the long term hurts all parties concerned. As David Remnick noted recently in the New Yorker: “When the Israeli government speaks daily about the existential threat from Iran, and urges an attack on Iran’s nuclear facilities, it ignores the existential threat that looms within.” This internal peril comes, of course, from the hardline elements in Israeli society – Netanyahu included – who believe that the Holocaust justifies any act of aggression and exclusion that the Jewish State chooses to commit. In such a context, Aipac’s poor track record of distinguishing between real threats and created ones, of drawing the line between legitimate defence and intimidatory attack, is likely to push Israel further away from its democratic founding principles. DM

Photo: A man waits for the start of the evening’s speeches at the American Israel Public Affairs Committee (AIPAC) policy conference in Washington 5 March 2012. REUTERS/Joshua Roberts.