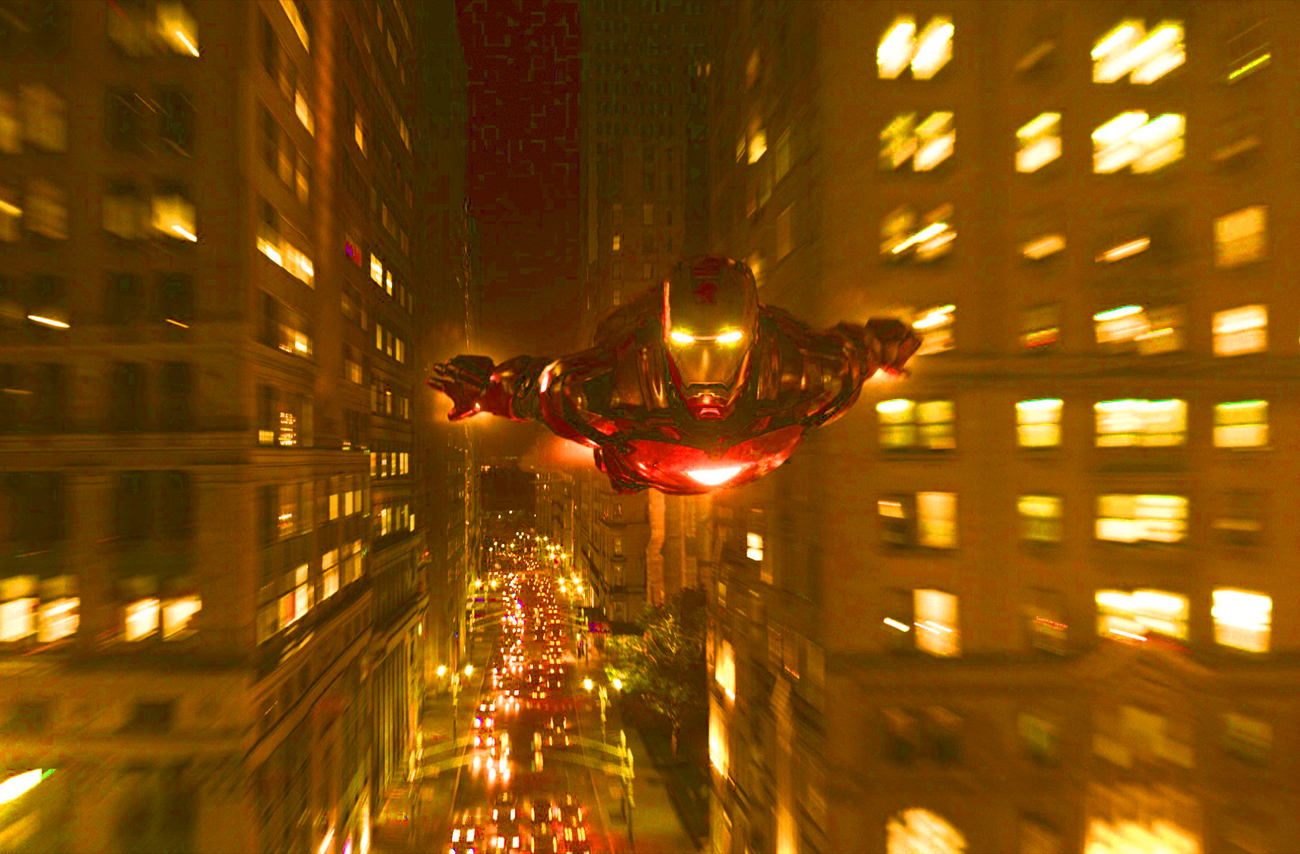 2012 shall go on record as the Year of the Geek. Consider the following: a third instalment in Christopher Nolan’s acclaimed Batman franchise. A Spiderman reboot. A live-action Pixar rendering of Edgar Rice Burrough’s Princess of Mars, titled John Carter. But for the mega-geek, nothing will match the religious ecstasy of Marvel’s Avengers, perhaps the most anticipated film of all time, assuming you have your mom on speed dial. By RICHARD POPLAK.

Some film news for your consideration: Geoff Dyer, legendary British cultural commentator, has written a book-length exegesis of the Andrei Tarkovsky classic, Stalker. A love letter to the silent film era, called The Artist, swept the Academy Awards. Iranian cinema, despite (or, perhaps, because of) that country’s authoritarian regime, is once again on the rise.

But who bloody cares? The Avengers are coming.

Ask not the nerd for edification. Although he/she can speak for weeks on the nuances of the Marvel superhero supergroup – comprised variously of Stan Lee’s stable, and shepherded by S.H.I.E.L.D’s Nick Fury whenever the world needs saving – dorks do not deign to explain to the uninitiated.

And lest we assume that the geeks form a small niche of toy collecting, at-home-living, video game playing acne-speckled outcasts, consider the following: The Avengers’ trailer – the first official trailer, following a host of teasers and Superbowl spots – was downloaded from iTunes 13.7-million times in 24-hours. This breaks the record set by the teaser for The Dark Knight Returns, the Christopher Nolan Batman threequel, at 12-million, which in turn broke the first Avengers teaser.

Let’s run the math. If those 13.7-million viewers – and that’s just on iTunes, folks – were to catch the movie on opening weekend, at an average ticket price of $8, we’re talking almost $110-million. That’s a low estimate – the film will be hoping to land something close to $140 in the US alone. Add more of the same in the rest of the world, and by 7 May, three days after the film’s release, Marvel will be $300-million richer.

Why does this matter?

For one thing, the superhero trope has become pop culture’s predominant way of understanding our world. Invented and popularised in and around World War II, the superhero is the compromised personality – armed with a specific power – who doesn’t compromise on absolute values. Batman may be a violent, antisocial vigilante, but he is Gotham City’s saviour. Tony Stark, AKA Iron Man, may be a spoiled rich prat, but after his moral awakening, he is an unabashed soldier for good.

Watch the trailer for The Dark Knight Rises here:

Marvel has consistently complicated the Manichean nature of the comic book hero. Stan Lee understood the form as pure soap opera, with the protagonists wearing their underpants outside of their clothing. When he put his heroes in one room, they tended to bicker – their means of achieving good differed so significantly that they might as well have been on different sides.

Which is the core conceit of The Avengers. What would happen if you put seven heroes, all fully aware of their own heroism (in the film’s case, Iron Man, Captain America, Thor, Hulk, Hawkeye and Black Widow) under the umbrella of an ad hoc organisation, and asked them to save the world? Their intentions might align, but their means would differ completely.

Into this morass, let us throw writer/director Joss Whedon, a geek high priest who brought us Buffy the Vampire Slayer and, more importantly in this context, the superb sci-fi series Firefly, and its slept-on film adaptation Serenity.

What thrilled Avenger acolytes about the trailer was not so much the action – which certainly looks like a hundred or so million bucks blown on destroying New York City. Again – was the kibitzing between this United Nations of superheroes, assembled to save the world from an alien threat.

“How desperate are you,” asks Loki, Thor’s evil brother, of Nick Fury, “that you call on such lost creatures to defend you?” Cut to Thor smashing his hammer into Captain America’s shield. Aren’t they supposed to be on the same side? So it goes – the vicissitudes of human relations, depicted by our culture’s version of the gods.

We get the myths we deserve. And our myths concern the trials and tribulations of men and women who must battle themselves as they battle evil, and who must come to terms with allies who at any point they might consider enemies. Think of The Avengers as the G8, and Loki and his ilk as Iran. Self-interest, pride and sheer stupidity too often gum up the works. In Stan Lee’s universe, at least the superheroes win. Some of the time.

And only until the sequel, of course. DM

Photo: For some, The Avengers is the most anticipated film of the year. SCREENGRAB/Trailer.