Eskom spends, consumer feels blue and there’s nothing one can do 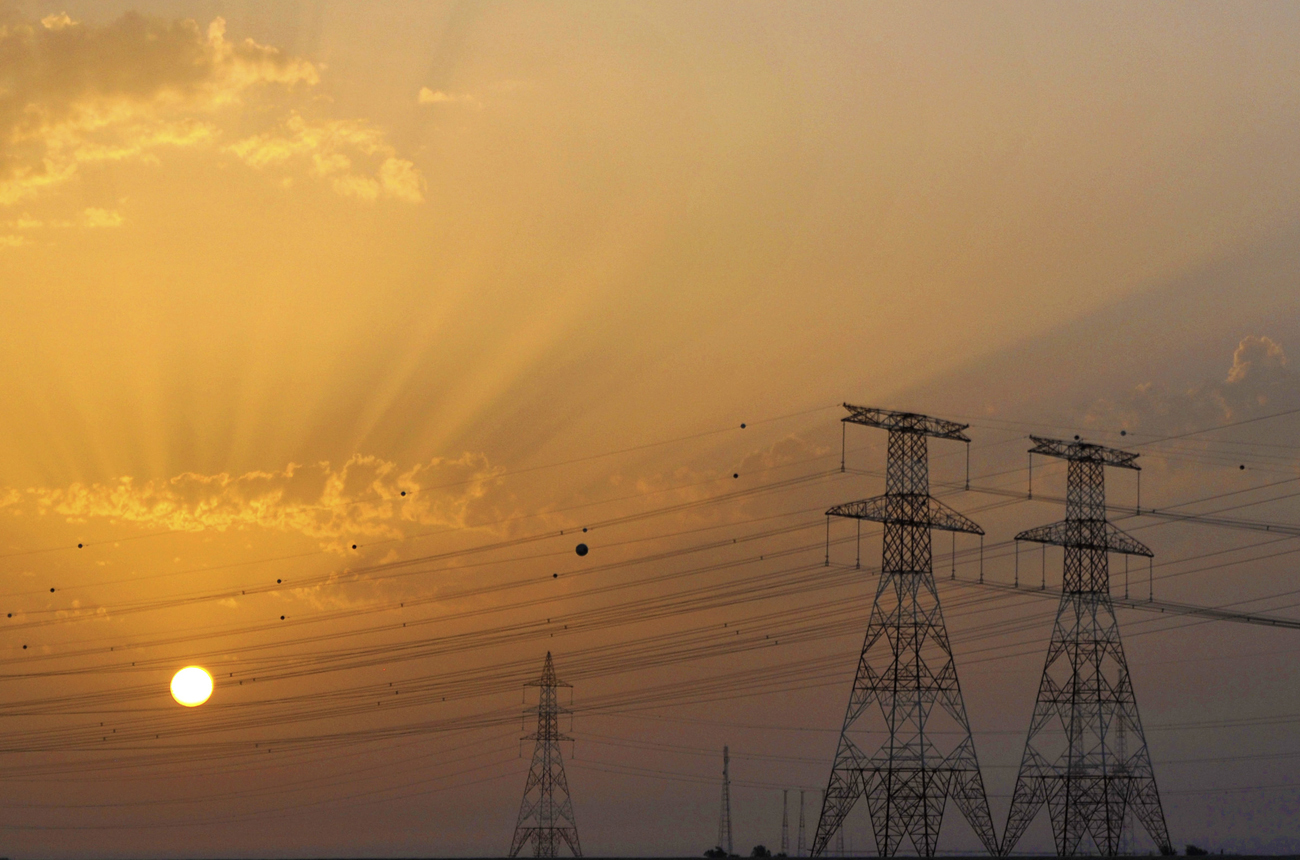 With the corruption-busting force, the Special Investigating Unit, on site to stem graft, Eskom has come up with a novel concept for saving money for consumers. They’re called “family fun days” where Eskom spends millions on carousels, boerewors rolls, accommodation, transport, event organisers, buskers and jumping castles to save you paying more on electricity. By MANDY DE WAAL.

Gotta love Eskom. With consumers facing a 25.9% electricity tariff increase beginning April; the president having commandeered Eskom to find a way of softening price hike blows; and after having launched the 49 Million campaign to get 49-million South Africans to “embrace energy savings as a national culture”, what does our favourite parastatal do? Blow millions of rand on staff parties.

After news of Eskom’s R3-million party in the Western Cape and other “five other family fun days” across the country broke in the Sunday Times, the parastatal resorted to some deft spin doctoring on Monday to stress the consumer benefit of the events.

“They weren’t exactly parties,” Eskom spokeswoman Hilary Joffe told Daily Maverick. “They are family days, so they are partly parties,” she said, explaining that the multi-million rand events were actually aimed at bringing about efficiencies and savings within Eskom.

“One of the ways we can best curb the rate of increases in tariffs over time is to bring about better efficiencies within Eskom itself. We have already achieved substantial efficiencies over the past couple of years with efficiency savings, but obviously a big part of that is raising productivity and performance, and there you are talking about people,” Joffe said.

When questioned whether parties were the best way of motivating people during a recessionary environment, Joffe said: “Look. The parties have content. Firstly the buy-in of employees and their families for what we are trying to do is really important. So motivation does matter, and morale does matter.”

But is a multi-million rand party the most effective way of motivating staff at a time when consumers are taking significant financial strain, and when Eskom has invited the Special Investigating Unit (SIU) into the organisation to help them bust fraud and corruption?

“In and of themselves these family days were meant to, you know, motivate, stimulate team work, and express appreciation to people who had to cancel overtime and all of that. And particularly to acknowledge the role their families played in supporting them. That is part of getting better-motivated people,” Joffe said.

She added that the decision to hold and pay for the parties was not taken by Eskom’s board but by divisional or regional executives. “But how did Eskom ensure that it was achieving any meaningful kind of return on investment from these parties?” Daily Maverick asked.

“We are not solely relying on family days to improve the performance of Eskom,” Joffe said. She added that Eskom would “look at a whole lot of key performance indicators” to see if motivation within the company had in fact improved, and that these indicators were published as part of the public utilities financial results.

Asked if Eskom was concerned with what the consumer thought of the organisation, Joffe answered with an emphatic “Yes.” But when asked to give proof of support for her assertion this is what she said. Read it and decide for yourself whether Eskom has your best interests at heart:

“As a country there was recognition that tariff increases were too low for too long, and it didn’t make it viable for any player – be it private or public – to invest in the infrastructure that SA needs. There was a country decision that electricity prices had to move up to cost reflective levels, and that was government policy. As you know the State President has asked us to look at options for reducing the rate of electricity price increases. We are busy crunching our numbers and we are confident that we can find options partly because of the efficiencies we have been achieving and continue to seek in the organisation.”

Spending millions on parties. Now that’s one hell of a way to crunch numbers. Paul Crankshaw of the National Consumer Forum which is changing its name to “Consumer Fair” agrees. “I think sadly that the amount of money that Eskom is spending on those parties just confirms in the average consumer’s mind that not much seems to have changed at Eskom. It is clear to most people that Eskom hasn’t really got its house in order, and simply from a public relations point of view they don’t seem to have grasped what it is that the public is expecting from them,” he said.

So what can you as a consumer do about extravagant expenditure at Eskom? The bad news is that at the moment it’s a choice between being frustrated and breaking the law. “The frustrated mood amongst consumers at the moment is testimony to the fact that we have very little recourse at all when money is spent unwisely,” Crankshaw said.

“We give our trust and we give our taxes for the purposes of keeping the lights on, and when that doesn’t go smoothly the average person is not in a position to start fixing it or getting any sort of real recourse. The chips are stacked heavily against us. We are legally not allowed to stop paying tax, and if you try to influence your local government through your wallet they will cut you off. Part of the frustration is that we are limited to make input at whatever forums we are lucky enough to be able to express grievances at. Further than that consumers are entirely at the mercy of the big parastatals; they can’t even vote with their wallets as they would be able to do elsewhere.”

Civic consumer organisations, of which there are precious few in South Africa, hope that perhaps the Consumer Protection Act will yield a ray of light at the end of a dark tunnel where the local tax payer is increasingly looking like the golden goose that’s been daily taken out by a farmer bearing a sharp axe.

“We are hoping that as our Consumer Protection Regime settles down, our legal regime, which now puts a Consumer Commission at our disposal, will make it a bit easier for consumers to access this part of the state machinery,” Crankshaw said, adding that the Consumer Commission is able to take issues up on behalf of consumers, but that they are absolutely swamped by the pent-up demand for recourse, and are currently underfunded.

“It would be great to see the Consumer Commission playing a more proactive role and giving the consumer voice some air, as well as having a practical impact on parastatal services by complaining on the basis of fair value. A good case could be made in a number of fields for a lack of fair value being provided by the state sector,” said Crankshaw.

However the government has done a good job of pre-empting both the Consumer Commission and potential fallout from the Consumer Protection Act by exempting most municipal functions from the reach of this act. “The government has already realised that there is such a problem in the area of delivery that they are not even going to pretend that consumer complaints will be dealt with, which is a staggering admission,” he said. “We certainly cling to the possibility that the commission could become a valuable tool for consumer recourse.”

The DA’s shadow minister of public enterprises said the extravagance showed by Eskom in paying millions for parties was unacceptable. Natasha Michael called on the SIU to investigate this expenditure, alongside the other investigations that have already been tasked to the crime-busting unit. “One would assume when dealing with figures like this the board would know about it, and one assumes that when these large amounts of money are being spent the minister would step in and ask as a stake holder why in fact these millions of rands are being spent on parties,” Michael said.

“The world is in a recession, we’re hearing about massive job losses in South Africa, and everywhere South Africans are being asked to save more money,” she said, adding that with electricity increases being forced through as a necessity how would Eskom explain to the poorest of the poor why they were spending millions on parties. “How do you explain to someone who lives in a shack with no electricity, no running water, no access to public health or a good transport system that a company like Eskom is spending R3-million on a party? It is unacceptable, not only at this stage of the game with regards to the local economy, but at any stage of the game.”

When you start paying higher electricity rates in April and start feeling a little resentful because your budget’s getting ever smaller, be heartened that Eskom’s doing its bit to save you money by spending your money wisely, very wisely. DM

Photo: While you pay, they party. REUTERS.