Cele, Day II - gangster or just better at hiding it?

Cele, Day II – gangster or just better at hiding it? 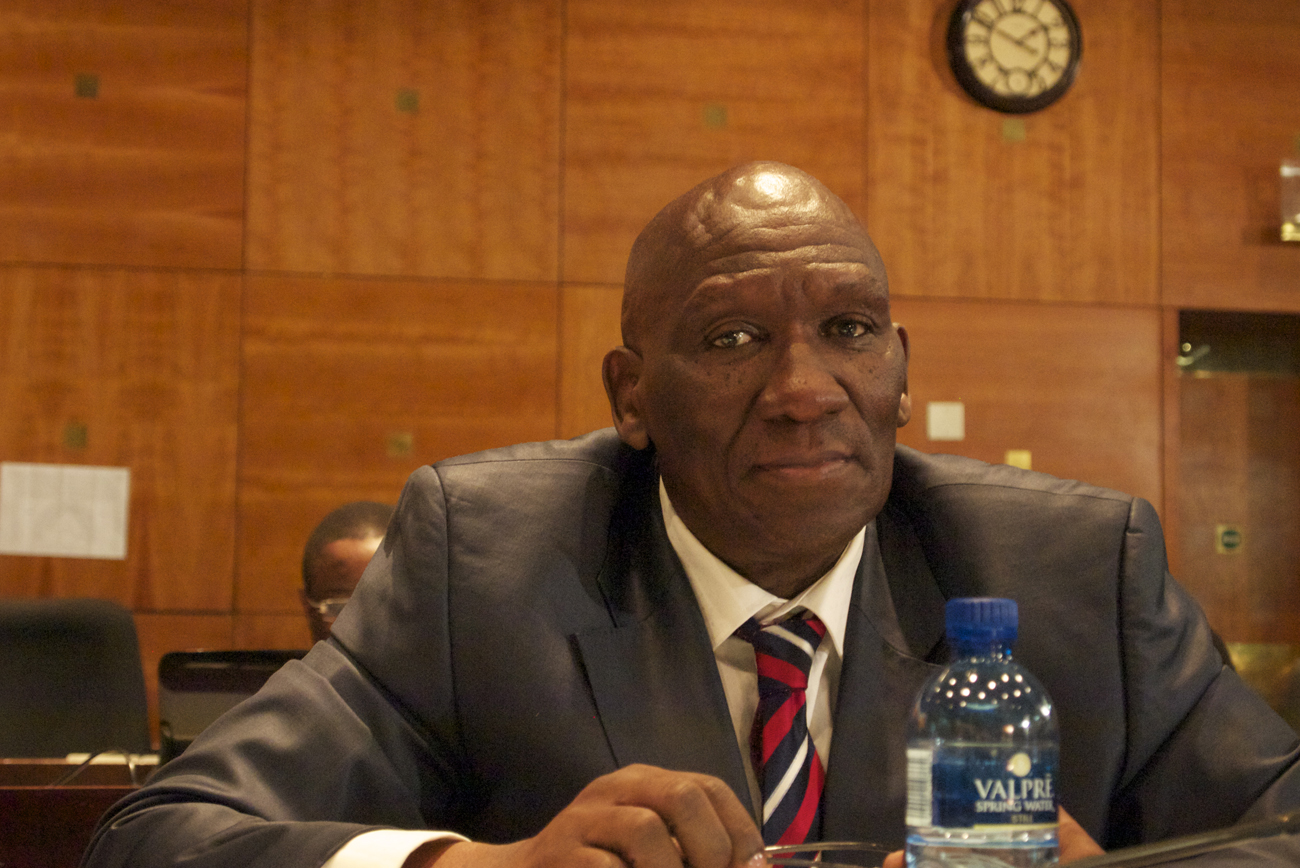 For the second day hearings into suspended police commissioner Bheki Cele’s role in dodgy lease deals worth R1.6-billion, his lawyers came out on top. GREG NICOLSON takes a look at the evidence and concludes Cele won’t be sharing a cell with his predecessor Jackie Selebi anytime soon. Keeping his job is another matter.

It’s not hard to caricature top cop Bheki Cele as a gangster. He arrives at and departs from the Pretoria hearings in a black fedora and crisp, dark suits. On Monday, his former deputy Hamilton Hlela’s hands were shaking as he was grilled by Cele’s attorney Vincent Maleka.

But the board of inquiry chaired by Judge Jack Moloi isn’t trying Cele for having links to the underworld, like Selebi, and it’s not a court of law. President Jacob Zuma launched the public hearings to inquire whether Cele was fit to hold office.

The board was mandated to advise whether his involvement in two police property lease contracts worth R1.6-billion was corrupt, dishonest or a conflict of interest. It’s asking whether he contravened the Public Management Act and treasury regulations or failed to prevent the police procurement process from being manipulated. Finally, it seeks to determine whether Cele failed to prevent irregular or wasteful expenditure and whether his conduct is befitting of the country’s top cop.

Witnesses giving evidence for the state have been reluctant or unable to implicate Cele on the allegations. Hlela said it was Cele who identified the Pretoria building and suggested he had spoken to property owner Roux Shabangu and was pressured to proceed with the contract. But he couldn’t blame him outright, conceding Cele never mentioned Shabangu. There has been no further evidence that Cele dealt with Shabangu or of money changing hands.

The lease deals obviously indicate a breach of the Public Management Act, treasury regulations and failure to prevent the manipulation of the procurement process. But who’s responsible?

Maleka tried to shift the blame to former General Hlela. He met with Shabangu. He withheld information from the department of public works and, as head of SAPS procurement, should have known to hand the process over. He was also directly responsible for convincing the acting DG of public works to negotiate a lease rather than put out a six-week tender as recommended by his own staff. But as national police commissioner, Cele’s expected to know what his direct subordinates are up to, especially considering he supposedly identified the property.

If Cele proves he wasn’t involved in securing the leases, cancelled by Public Protector Thuli Madonsela for being “improper and unlawful”, he could still be fired for failing to ensure oversight and creating a culture that’s scared to report complaints. Brigadier Alpheus Ngema, who went with the police delegation to visit a potential rental site at the Transnet Building in Durban, expressed concern in speech and writing that public works officials weren’t present, as required by regulations. Maleka, attempting to establish that expression isn’t stifled in the SAPS, led Ngema to say he “absolutely” expects the same behaviour from his colleagues. It came across, however, as a personal hope for best practice rather than reality. Earlier, Hlela said pressure from Cele damaged him psychologically and caused his early retirement.

Cele is looking good, but the hearings will continue until the state’s mysterious witnesses arrive and Cele testifies. He will blame his subordinates and deny he knew Shabangu or what was occurring. It’s up to the state to punch enough holes in his credibility to prove he’s not fit for office. As things stand, it looks like Cele failed to control his staff, but there’s no evidence to suggest the gangster caricature is a reality, nor any that could lead to a trial and a cell alongside Selebi.

The state team was embarrassed on Tuesday when they ran out of witnesses and asked for an adjournment until Monday 12 March. Judge Moloi called it “unwise” and demanded they bring witness Irene Nel from Durban and “trace” the two who haven’t been able to be contacted. The hearings continue with Nel, who was previously said to be unavailable, today. DM