A reason to smile, if just for this week 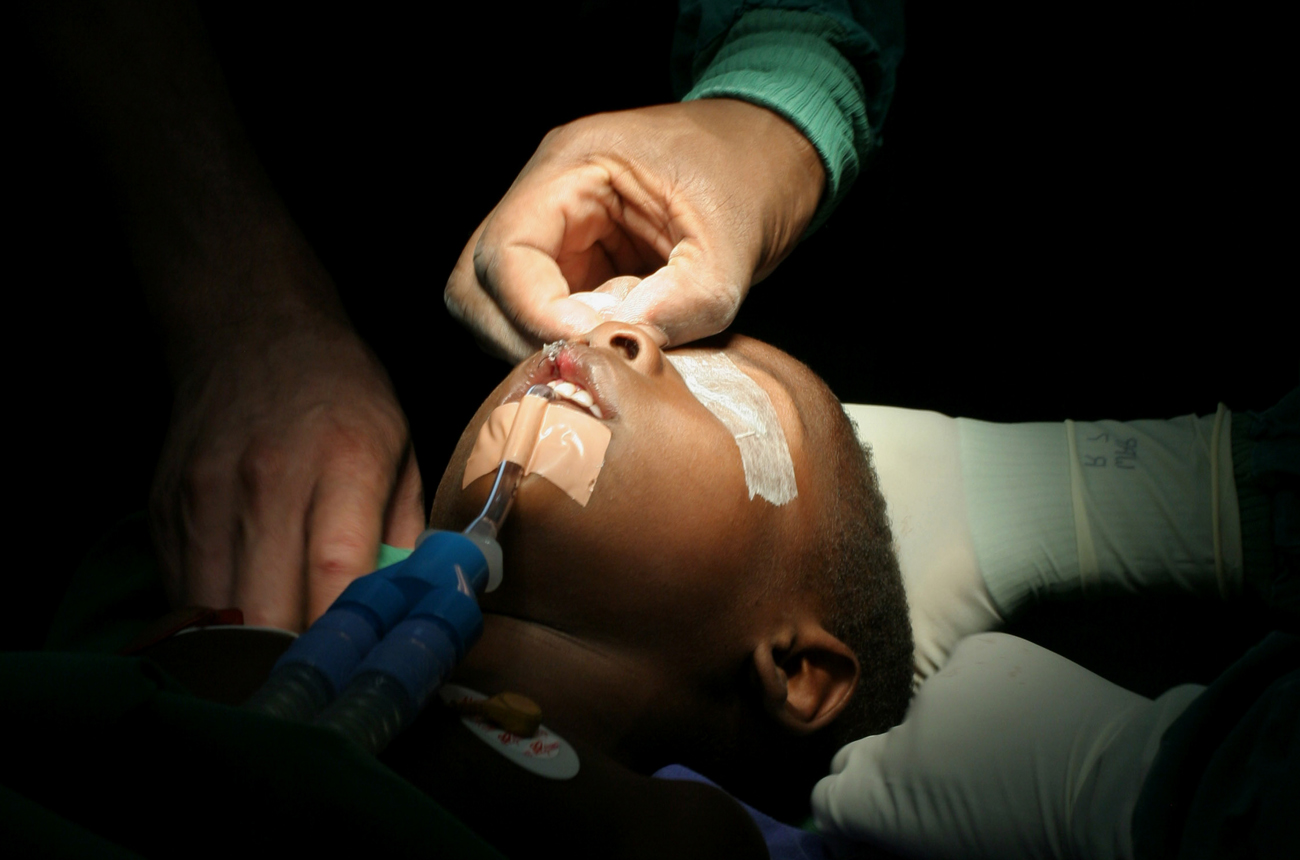 Facial aesthetics understandably do not feature prominently in the list of priorities of the department of health but the problems of cleft lips and palates is a common one in Africa. The Smile Foundation has successfully partnered with academic hospitals to help underprivileged children with facial conditions. By KHADIJA PATEL.

Chris Hani Baragwanath Hospital is a melting pot of South Africa’s problems and possibilities. The hospital’s problems are no secret. Referred variously as the largest in the Southern Hemisphere and, with more ambition, the second largest in the world is a bumbling monolith. Just last month, the department of health spokesman Fidel Hadebe himself lamented conditions at Chris Hani Baragwanth, or Bara as it’s known with more pithy affection, “There are huge problems at Chris Hani,” Hadebe said. And like him, doctors toiling away at the hospital enthusiastically list the challenges they face daily at Bara.

At a dinner party last week, a registrar from Bara was asked politely about his work. It was the per-functional conversation of a group of young people, polite with underlying hints of pretence. But the young doctor was either averse to the social etiquette that required he aggrandise his work enough to feign perpetual “busy-ness” or he’d just come off a very bad day.

He launched into a lengthy monologue listing the problems plaguing the hospital – maladministration, a dire lack of resources, more maladministration, nurses too busy browsing Avon and Tupperware catalogues to attend to their patients, overcrowded wards, severe skill shortages and then some more maladministration for variety. I listened; intrigued that even a young doctor who eschewed the big bucks of private practice to slog it out at Bara saw little positive about the hospital – or his work there. It may well have been the function of romanticism that I expected the earnest-looking, young doctor to extol the virtues of his work saving the poor from the brink of death. It’s not that I hadn’t heard these stories from Bara before. I was astounded at how alike his story was to all the others.

Horror stories have quelled the enthusiasm of young doctors, robbing them of confidence and motivation to be the doctors we so desperately need. And yet this particular doctor had yet to conclude his bitter diatribe against the ills of Bara. “I think Bara now is worse than before 1994,” he said with finality. I cringed.

But then we were a group of young people standing on the rooftop of Mainstreet Life in central Johannesburg, watching the sunset fade into the marvel of thousands of lights flickering across the night sky. We were also about to spend the next two hours debate the merits of an “infrastructure” project. From up there, the problems and possibilities of Bara were distant.

Yet visiting the plastic surgery ward at Chris Hani Bragwanath on Monday to witness first-hand the wonders plastic surgeons would perform as part of Vodacom Smile Week at both Chris Hani Baragwanath Hospital and Charlotte Maxeke Johannesburg Academic hospitals, I realise that even smatterings of possibility are drowned out by the sheer volume of problems they must first overcome.

I find Doreen, a 21-year-old mother to one-year-old Kgobhasa curled up in an infant’s bed in the far corner of an empty hall of the ward. Some part of me is grateful that section of the ward is empty. Tiptoeing through the ward earlier, I watched a teenage boy writhe in pain, his body contorting in desperation; another boy’s bandage had fallen off to reveal the horror of his burn wounds. I wished I was made of sterner stuff but there is a horror inherent to witnessing the pain of others.

Little Kgobhasa sleeps soundly against his mother as she recounts the confusion and shame she felt when Kgobhasa was born with a cleft lip and palate. Minutes later, Kgobhasa is wheeled away to the operating theatre for the latest in a string of corrective surgeries. His mother, who’s travelled to Randfontein, says she’s just grateful her son will have a normal life. His is the first of 28 children who will receive life-changing reconstructive surgery as part of Vodacom Smile Week.

Smile Week, an endeavour of the Smile Foundation was founded some 11 years ago when Madiba, the chief patron of the foundation, approached the Lubner family with a letter he received from a mother begging him to raise money to fix her child’s cleft palate abroad. The Lubner family considered the letter and decided it was more feasible to train surgeons to do the surgeries locally, and so the foundation was founded. To date, almost 900 children have benefited from surgeries around the country through the partnership with state academic hospitals like Chris Hani Baragwanath.

Facial aesthetics understandably do not feature prominently in the list of priorities of the department of health but the problems of cleft lips and palates is a common one in Africa.  Approximately one in every 750 babies in Africa is born with the facial deformity of a cleft lip or palate. Doctors are keen to stress that cleft lips pose more than aesthetic challenges for victims. Children with facial deformities who do not receive reconstructive surgery often have difficulty breathing, drinking, eating and speaking – as a result, many suffer from malnutrition, medical and psychological problems.

This year however as well as correcting cleft lips and palates, the Smile Foundation has also focused on facial reconstructive surgery for burn victims. Fifteen of the 25 children receiving reconstructive surgery through the Smile Foundation at Bara are burn victims. Moira Gerszt, chief operating officer of Smile Foundation says most of the burns were sustained by shack fires or boiling water. The incidence of these injuries is directly attributed to a lack of formal housing, inadequate electricity, shortfalls in providing affording South Africans their basic human rights. These challenges that hold South Africa in a vice grip all force themselves through the gates of Chris Hani Baragwanath.

The possibility, however, lies in a heart-warming example of a public-private partnership. The Smile Foundation has successfully partnered with academic hospitals, like Bara, to help underprivileged children with facial conditions. They’ve also helped to alleviate crippling backlogs in the hospitals, encouraged a skills transfer, and offered much need supporting to the hospital’s overwrought infrastructure.

Chris Hani Baragwanath is then a melting pot of this country’s problems and possibilities – the problems are glaringly obvious but the possibilities do exist. The week during which lives of many kids will be improved forever is but one of them. DM

Photo: The Smile Foundation changes the future for kids all over Africa and the world. REUTERS/Sala Lewis.