The fall of Malema – game gone wrong or a long-term gamble? 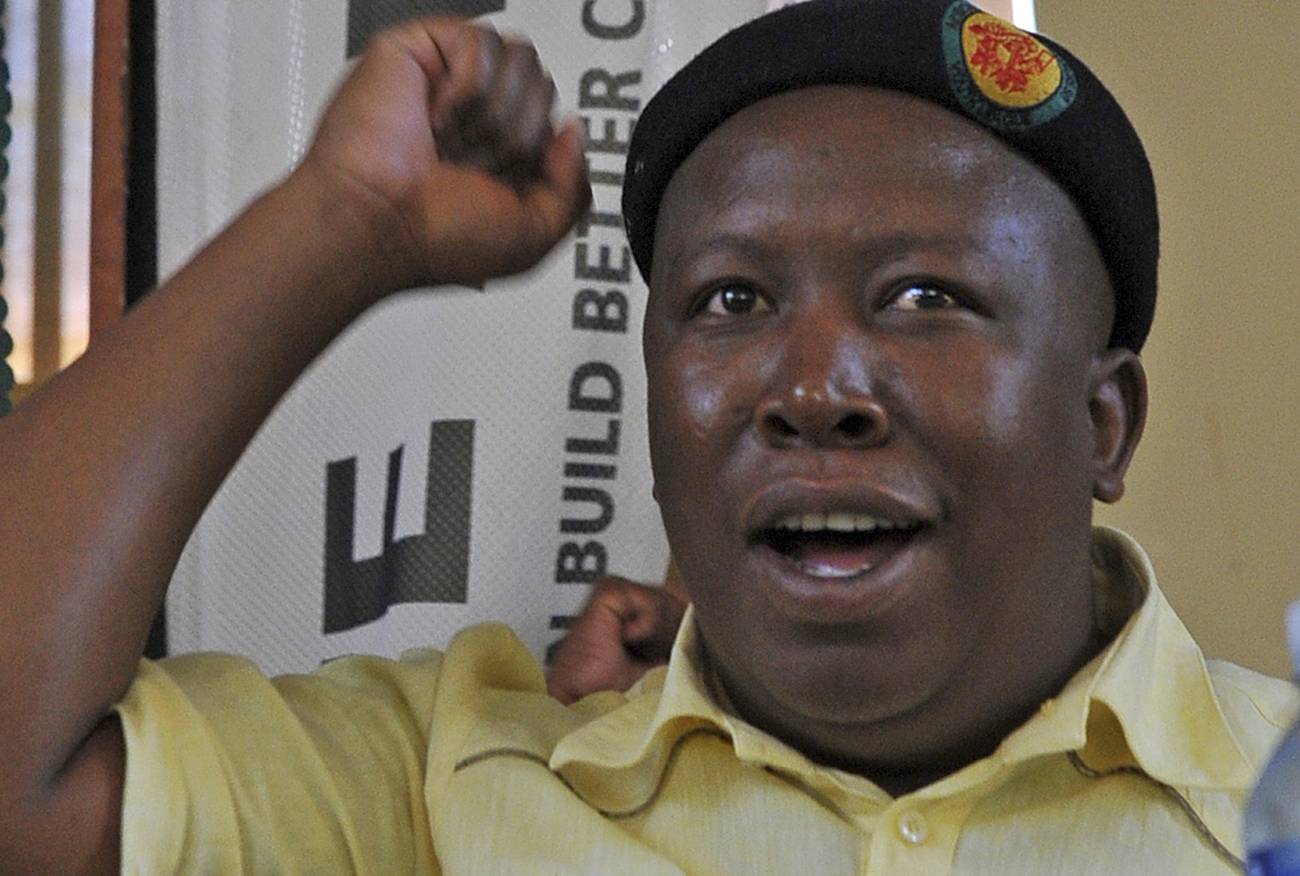 When dealing with Julius Malema, it's been common for some time to talk of a mix of brash and bling, and cunning and confusion. There's been times when he's shown real political genius. And times when he's just lost the plot completely. His recent behaviour seems to be slightly more surreal, slightly odder, slightly more inexplicable than usual. Why? And is there a plan? Or is there just panic? By STEPHEN GROOTES.

It’s obvious the main reason the ANC’s national disciplinary committee decided it had to expel, rather than suspend, Malema was because of his conduct during the hearings into aggravation and mitigation of sentence. He had already been convicted by the appeals panel, but decided he had to go back to the original panel, and refuse to accept that decision. In the process, he was refusing to accept and respect the ANC’s constitution, and thus, he had to go. (There’s some politics here though. It’s a wonderful opportunity for the appeals panel to show how forgiving the ANC is, by turning that expulsion into a suspension.) But that’s beside the point. Why did Malema behave in this way? I have to confess, it’s been bugging me. Surely, his representative, Dali Mpofu, realised what such behaviour would mean. And the NDC has pointed out in its statement, that Malema made this comment while giving his evidence in chief. He didn’t need prompting, it wasn’t the result of prodding and probing by an ANC prosecutor. If we can answer this question clearly, then we get an insight into Malema’s current strategy. But don’t expect it to be a simple one.

We have to ask a few questions about Malema’s motivation. What drives him? One of the answers to that has simply got to be some sort of nostalgia for the Struggle he wasn’t a part of. Remember his testimony during his hate speech trial, that he was given a gun at the age of 13, and told to go and shoot white people during the Chris Hani funeral? There’s no way to verify such a story. And there’s a strong whiff of wishful thinking about it. Malema cannot go and shoot white people in the name of liberation now. And so, he may believe the next best thing is to get thrown out of the ANC by a group of black people he can claim are being manipulated by whites. Or, in a slightly simpler formation, he can be expelled by a group of people who he claims are sell-outs. Throw in the political advice he will be getting from his guru, Winnie Madikizela-Mandela, and you have a compelling argument for the case that this is actually the behaviour of a tortured soul.

But then there could be a political stratagem at work as well. If he is expelled, what then for Malema (apart from jail of course)? He has been protesting very much that he won’t leave the ANC, that his blood is green, black and gold etc. To paraphrase the old political saw that “we’re right behind you until we’re no longer right behind you”, perhaps he’s making the point time and time again: that he’s loyal to the ANC, it’s the ANC that’s not loyal to him. This means that when he is expelled, he can claim that he’s been treated unfairly, that the ANC left him – it was the party that sold out, not him. It would also allow him to play into his own revolutionary mythology, that the ANC is no longer radical, and that it’s up to him and his followers to turn the Freedom Charter into reality.

There’s another aspect to consider. It’s very difficult at the moment to work out what his support is in the ANC Youth League itself. So far, seven of the League’s provinces have come out in support of him. But it’s not like anyone’s conducted a poll of the League’s 360,000-odd members. He’s always made sure that the provincial leaders are with him, and they control the “email-statement-now” button. There’s a slightly strange trend running through many of the public protestations of support. They seem to include the idea that only the League can expel Malema, thus if he’s expelled from the ANC, they’re all expelled. You have to read the League’s traditionally curious language choice carefully, but the suggestion is there. So then, is Malema perhaps, just perhaps, trying to ensure that if he goes, all the League’s leaders go too?

Such a strategy would be hugely destructive to the League. But it would mean that it couldn’t continue in its current form, at least for a while. It would also give him the machinery, ready-made and ready to go, to start his own operation. It would mean he could hit the ground running in terms of getting a political machine operating. Thus he would have the ability to start recruiting members and thus leap-jump many of the growing pains that afflicted Cope. He also seems to have plenty of cash lying around, which is always useful.

Of course that would be the cue for the most intense investigation into a single person’s finances since Mokotedi Mpshe got up on to the podium back in 2009 and made a most curious announcement about the then future president Zuma. It would also be meat and drink to those who live or die by machinations within the ANC. Comrades Zuma and Mantashe would be able to reconstitute the ANC Youth League, and ensure its complete loyalty for the rest of their reign.

There is another possible reason behind Malema’s odd behaviour. If he is banking on some kind of comeback within the ANC, perhaps with the help of provincial bosses, he’s got to be seen to be the one person prepared to make the ultimate sacrifice in deposing Zuma. In other words, he’s got to be the figurehead, the person that somehow becomes the unifying force behind an anti-Zuma coalition of the wounded. If there is such a force (and that’s a big if), he has to go further than anyone else, because then he will be rewarded more than anyone else in the longer-term.

Normally in life, it’s best to keep things simple – the simplest explanation is the one that turns out to be true. It’s called Occam’s Razor. Things in the ANC are not like that. So it certainly is possible that Malema is playing a longer-term game that has not been fully realised up until now. But it’s difficult to see how it’s going to end well for him. It’s extremely high stakes, with no certainty of reward.

In the final analysis, we have to take several aspects into account. Malema is politically astute, no doubt, but he’s also running out of options. And as someone who is destructive, taking the whole League down with him seems to be something he could do. Throwing some kind of javelin towards the future is an option he could come up with, but long-term thinking hasn’t been his strong suit up until now. But don’t discount it yet. It seems the real issue is Malema’s own personality. There have been various sources of authority on his life. Through his own brain, and circumstance (he suited various people’s purposes at the time), he was able to rise to power quickly, and relatively easily. But “accepting” authority is not something he’s prepared to do. Ever. DM

Photo: Does Julius Malema have a plan? REUTERS/Stringer.