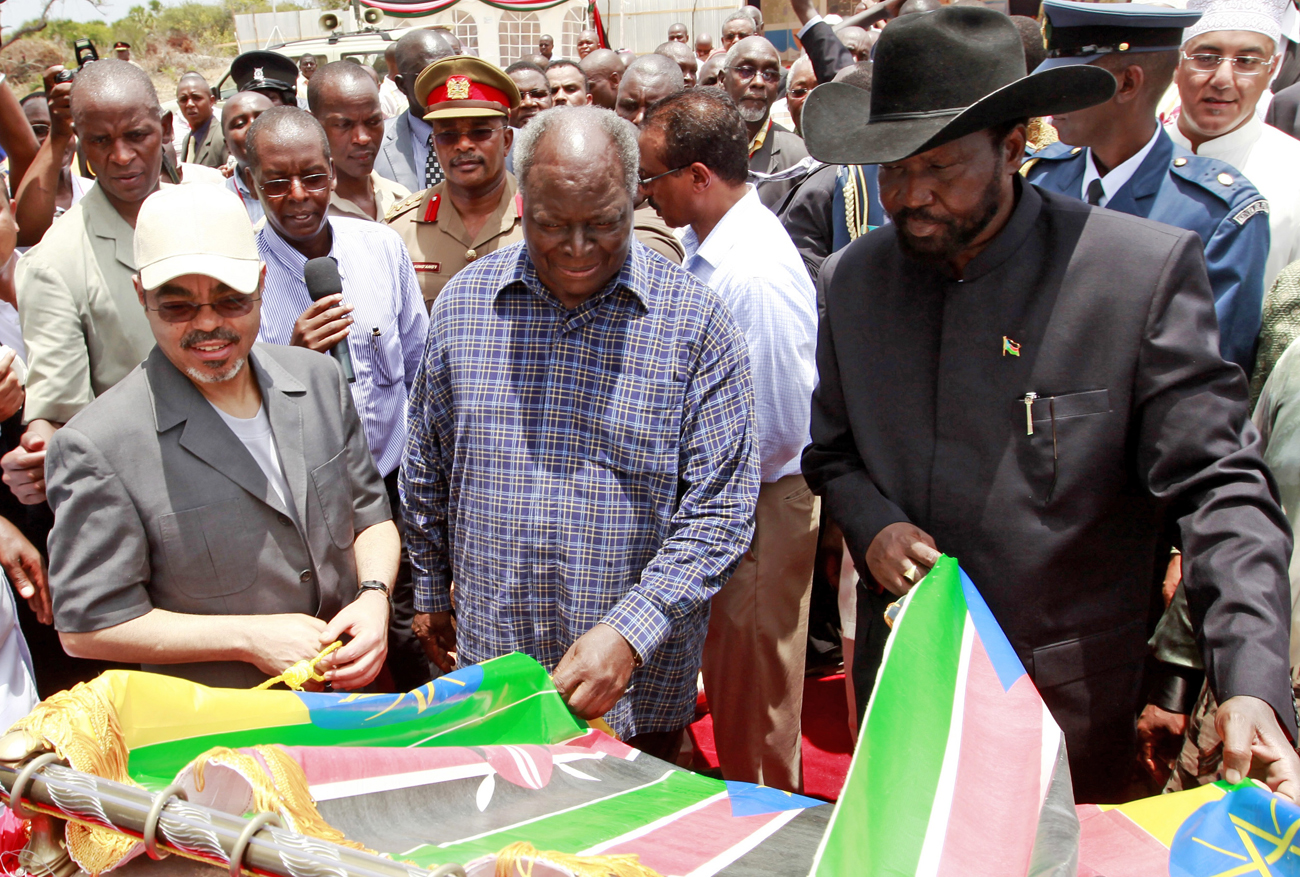 If you build a port, the ships will come. If you build a railway, the trains will run. If you build a pipeline, the oil will flow. If you build all of the above, as intended by the new Ethiopia-Kenya-South Sudan axis, then you might just revolutionise the lives of people in East Africa forever. That’s the theory. SIMON ALLISON assesses the $24-billion construction of a new port on Kenya's Lamu Island.

Underlying the construction of the $24-billion port, which officially started on Friday, is a beautiful vision of the future. The northern Kenyan coastal town of Lamu, a bustling hub of trade in the pre-colonial era, restored to its former glory as East Africa’s premier centre of commerce. Replacing ramshackle fishing trawlers and pirates, will be mammoth ULCC (ultra-large crude carriers) and cargo ships just as big, waiting to take East African oil and manufactured goods to the markets of the world. Leading to the port are standard gauge railways from Ethiopia and South Sudan, giving both land-locked countries a lifeline to the sea. Fibre optic cables take high-speed low-cost Internet to the heart of Africa, and the pipeline from South Sudan keeps the oil flowing – to the tankers, not Sudan proper. Meanwhile, border controls are all but eliminated, making the movement of products and people across East Africa effortless. And, voila, East Africa pulls itself out of poverty.

As visions of the future go, it’s a good one, and the leaders of the countries concerned were certainly enjoying it as they spoke at the ground breaking last week, the beginning of an optimistically estimated four years of construction for the port itself.

“The port of Lamu project will create economic opportunities and employment. It will make goods and services more abundant and affordable in our markets,” said South Sudan’s President Salva Kiir, resplendent as always in his signature cowboy hat. Ethiopia’s Prime Minister Meles Zenawi was even more effusive, if less colourful: “It is not hyperbolic to say we are making history today.”

Meanwhile, Kenya’s doddery President Mwai Kibaki, was expressing his astonishment that anyone could oppose such a noble cause. “Those who were against the proposed port project are being cheated and incited by people from Europe who have done nothing to help the poverty-stricken people, you should challenge them whenever they come to show what they have done before opposing such a grand project.”

Fortunately, Kibaki didn’t have to directly confront any of the project’s opponents, foreign or otherwise, who were very efficiently bundled out by security forces who “ransacked” guests’ bags and refused to allow bottles of water into the venue, according to the Nairobi Star. Nonetheless, opposition has spread. There are three main objections, none of them weighty enough to derail the project. And it must be observed: although Kibaki’s attack on the cheating and inflammatory people of Europe smacks of the usual post-colonial paranoia, the most vocal criticisms of the project are western media outlets.

The first objection is environmental, as the construction will inevitably eat into the area’s mangrove forests. The second is about local land rights, with residents concerned they’ll be forced off their land to make way for the new development. Already there have been some allegations of profiteering, as those in the know bought up land years ago at a pittance, ready to sell it at vastly prices now. To allay these concerns, the government has pledged to build a technical college in the area and provide at least 1,000 jobs to locals. Finally, there’s the historical angle. Lamu is a world heritage site, famed for its old African-Muslim architecture. Critics are worried that much of this will be wiped out by the development. They’re probably right.

But all of these concerns are being dismissed as the price of progress. The economic benefits outweigh the potential costs was the unequivocal message from the heads of state. That doesn’t mean it will all be easy-going from here on, because there are still two major unsolved problems.

Most obvious is funding. There have been whispers of private equity firms being involved and murmurs the Chinese would finance it, but these remain just rumours. Undoubtedly the Kenyan taxpayer will be footing some of the bill, with an initial $30-million (revenue generated from the controversial sale of a state-owned Nairobi Hotel) being put towards the new port. The suspicion is that funding has not been secured. “Start building and money will come” is the dangerous thinking. A half-finished, derelict building site on Lamu’s beautiful coast will be the worst of all worlds, but unless the money is guaranteed, is a not an unlikely scenario.

Lamu’s proximity to Somalia is also a problem, particularly its proximity to Somalia’s pirates. It was the kidnapping of a French lady from just near Lamu that prompted the Kenyan invasion of Somalia last year, with the Kenyan government accusing Islamist militant group Al Shabaab. It was almost certainly wrong, as random kidnappings aren’t Al Shabaab’s style. But Somalia can only improve if Al Shabaab is dealt with comprehensively, which is why Kenya’s military is bogged down in Southern Somalia trying to fight a guerrilla war it can’t win on its own. And that’s why it is no coincidence Ethiopia has joined the fray, sending its own troops into the west of Somalia. Somalia needs to be stable for the Lamu Port to have any chance of success. As long as that bit of the Indian Ocean remains pirate territory, it’s a no-go area for shipping.

Ethiopia’s involvement is interesting, but makes perfect sense. The country has shown steady economic growth over the last few years, but there is considerable scepticism that it can maintain these impressive statistics. The main cause for concern is that Ethiopia is landlocked and anything it produces at home will be far more expensive once it’s travelled over dodgy roads, through corrupt border posts and transit and port fees are paid. This makes a serious manufacturing industry unviable. That’s why Ethiopia fought so hard to keep Eritrea; it was fighting for a port and its economic future.

But that failed, so they’ve had to go the diplomatic route – cosying up to Djibouti and Somaliland, both with small but usable ports. But Lamu would be better. A world-class port connected by railway to Addis Ababa has the potential to revolutionise the Ethiopian economy, and that’s something very close to Zenawi’s heart (he’s not going to win any humanitarian awards so he might as well get some economic kudos).

In the midst of all the excitement, it’s worth taking a look at who wasn’t at the ground-breaking ceremony. While Salva Kiir and Meles Zenawi were honoured guests, neither Uganda’s President Yoweri Museveni nor Tanzania’s President Jakaya Kikwete were there. With Kenya, those two countries have been the historic centre of the East African Community. Rwanda, which likes to think of itself as an emerging player in the area, was also absent. It seems that Kenya is looking for new friends in the region, and it’s looking north.

It’s still very early days in the life of Lamu’s new port. We’ve seen grandiose infrastructure promises before in Africa, and very few of them have come to fruition. But this one should. There’s enough regional support for the project, it’s been well planned in terms of communications and transport linkages and, while money to complete it will be difficult, it should be possible, especially with the lure of South Sudan’s oil at the other end. So it might just happen. DM