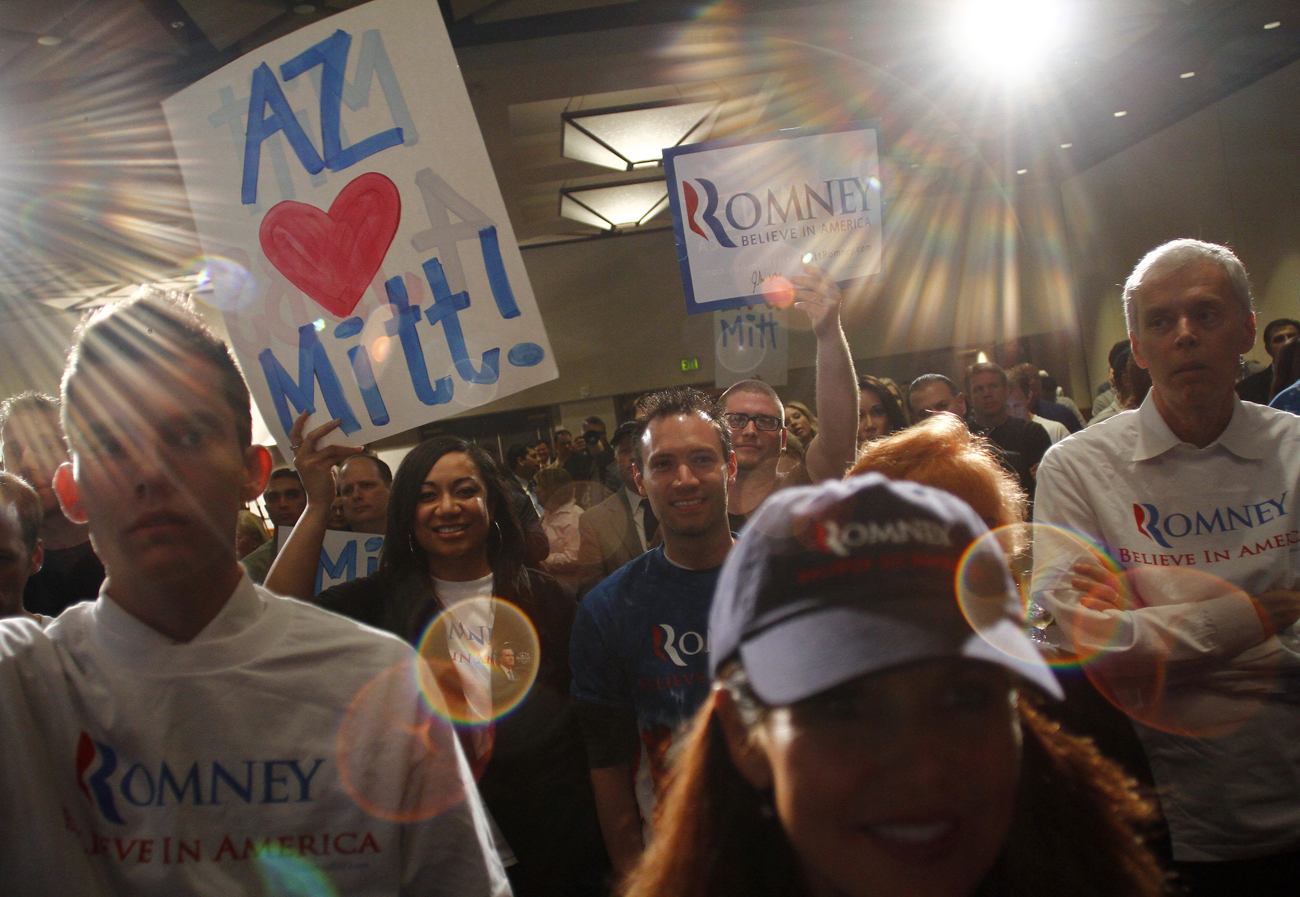 Ultimately it wasn’t pretty and it wasn’t a knockout blow, but Mitt Romney righted his campaign by winning primaries in Arizona and Michigan on 28 February. But, his home-state Michigan margin was narrow enough for Santorum – and even Gingrich – to look longingly to Super Tuesday on 6 March. By J. BROOKS SPECTOR.

Super Tuesday offers a tantalizing field of 10 separate state-by-state contests scattered across the country with something it for almost everyone.

Romney gained all the Arizona delegates, but because most of Michigan’s delegate count is distributed congressional district by district, his haul is more closely split. Michigan actually has fewer delegates this year than it ordinarily does because the Republican national committee (RNC) decreased the state’s delegate total. The Michigan results may also be misleading to some degree because it was an open primary, meaning Democratic Party supporters wishing to put a cat among the pigeons may have voted in the Republican primary in Michigan muddying the results.

By the numbers, Romney won Arizona with 47.3% to 26.6% for Santorum (16.2% and 8.4% for Gingrich and Paul respectively). In Michigan, the spread was closer: Romney 41.1% to Santorum’s 37.9%, with Paul gaining 11.6% and Gingrich polling at 6.5%. The delegate count with 2,010 still left to win nationally has Romney with 145, Santorum 82, Gingrich 29, Paul 18 and Jon Huntsman with 2. Because of the way Michigan’s delegates are divided, 11 still remain to be allocated. A candidate needs 1,144 delegates (including those from sitting office bearers who are automatic delegates) to win on the first ballot at the Republican convention in Tampa, Florida.

However, Romney’s narrow win in Michigan will not put remaining doubts about his candidacy to bed, let alone end speculation this increasingly divisive fight will cause real damage to Republican chances in November’s general election.

And Romney’s troubles in narrowly holding a state where only a month ago he was still the big favourite points to questions about his failings connecting with voters and finding a language that touches hearts beyond simply reeling off statistics. Tuesday’s results just kick the can a week further to Super Tuesday for a real signpost of how it will all play out.

The race now goes truly national with 22 contests in March, including Washington state on Saturday and 10 contests on 6 March – most especially the primary in the general election battleground of Ohio. Ohio, together with a handful of other key states, holds the balance of power between reliably Republican and Democratic states in most general elections and making a strong showing there during the primary can pay dividends for the general election.

At this point, Santorum is ahead in Ohio, but there is a lot of flex in the system still. Commentators say Romney must find a way to appeal to conservatives who continue to respond that they distrust him for his record while governor of Massachusetts.

Moreover, Romney’s own speeches continue to bedevil his campaign with those oddly phrased statements apparently aimed at ingratiating him with voters, but which instead remind them of his superrich status. To a considerable degree, analysts say the Romney recovery in Michigan ended up coming from a flood of commercials delivering negative attacks on Santorum rather than any great swelling of enthusiasm for Romney.

A growing number of Republican voters seem to be saying a plague on all your houses. Steve Schmidt, John McCain’s 2008 campaign manager, told MSNBC, “The longer this goes on, Republican voters are saying ‘We don’t like any of them.’ The net result of all this is a very pessimistic Republican Party – Washington people went from very confident a few months ago about beating President Obama to where they are today, which is very pessimistic.”

Santorum, meanwhile, seems not to have helped himself with an increasingly bitter campaign strategy that turned this primary into a referendum against his fellow Republicans. By the end of the battle, Santorum was shouting out Barack Obama for elite snobbery in his public statements about his hopes more young adults could go to university or advanced technological training. Weird.

Increasingly it will be money, lots of it, which will make the difference. There will be all those commercials, polling, staff, travel and IT back-office support to pay for, which is where Romney has his biggest advantage. As a result, it is still Romney’s race to lose, but if he is to win, he will have to sharpen his message versus Santorum’s candidacy.

As Republican strategist Ford O’Connell summed it up, “Until he figures out how to communicate with conservatives, he’s going to have to keep fighting state by state and really having to slog it out to the nomination.” This will make it great political theatre, dispiriting rhetoric and full employment for the journalists who have to cover this race. DM